A report by Melissa Block for NPR.

The other day, I went down to the National Mall here in Washington, D.C., and heard the sound of hope in sweet, strong, young voices.

A youth choir and chamber ensemble from Haiti are on a U.S. tour that’s taken them from Maine to Manhattan to Kentucky over the past month. This stop was in a lush garden of the Smithsonian museums. The tour is meant to showcase Haiti’s rich musical heritage — and to raise awareness of the country’s rebuilding efforts.

We’re coming up to the 10th anniversary of the disastrous earthquake that struck Haiti on January 12, 2010. It’s estimated that tens of thousands, possibly hundreds of thousands of people were killed.

The earthquake destroyed Holy Trinity Cathedral in the capital, Port-au-Prince, and the renowned music school where the youth choir and orchestra study. Many of the students are from poor backgrounds, and some of them are too young now to even remember the earthquake a decade ago. 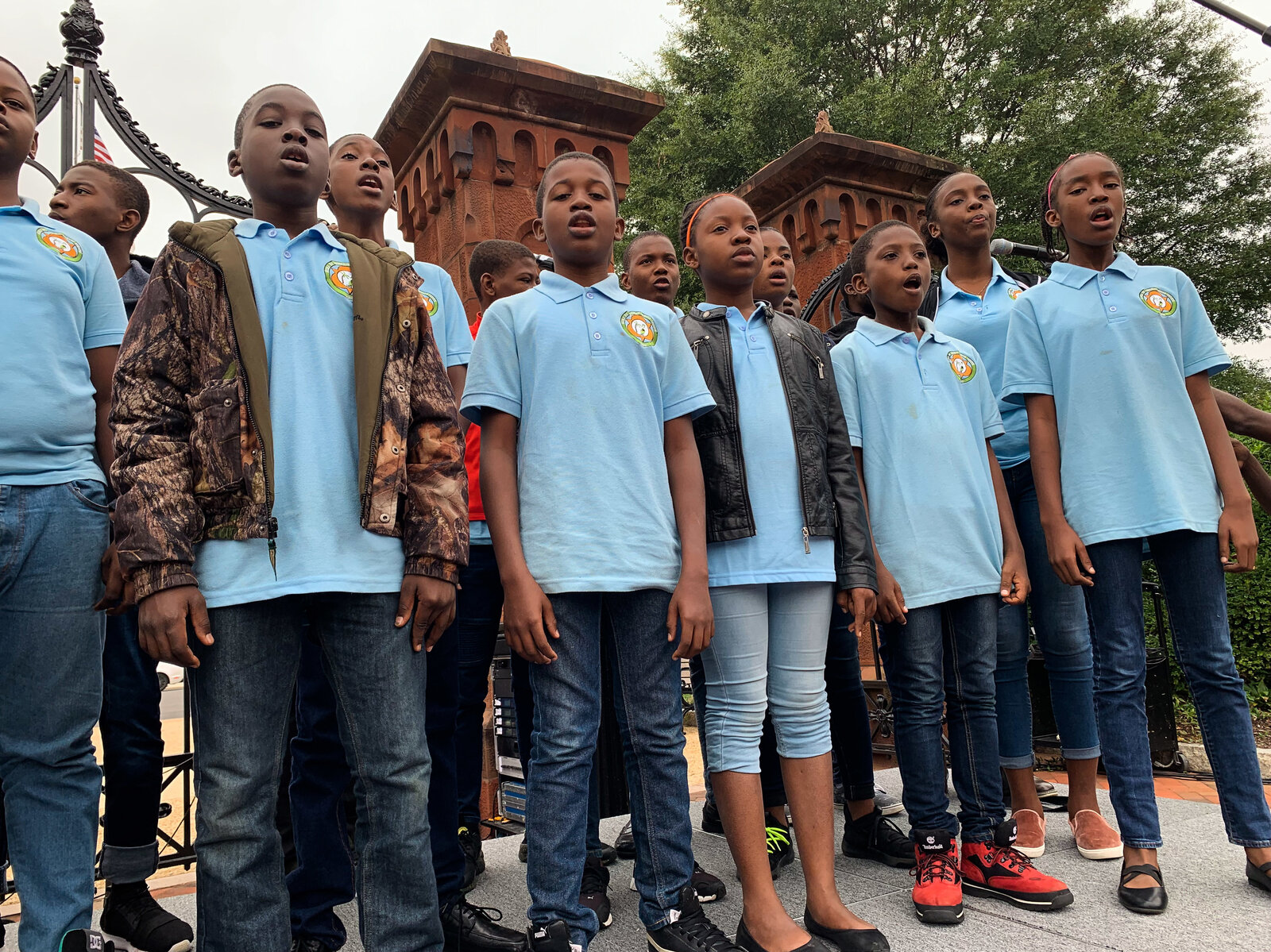 The youth choir from Haiti’s Holy Trinity Music School warms up for their performance in the Smithsonian’s Enid A. Haupt garden in Washington, D.C.

I spoke with several of the youngest choir members in French. Jeff Donalson Philistin, a 10-year-old soprano in the choir, was just an infant when the earthquake hit. His mother has told him the story of what happened: “The house nearly collapsed on me,” he told me. “But my mother was brave, and came to save me.”

This choir has become a kind of salvation for the young singers, like 12-year-old Marie Danielle Tondreau, whose legs can’t keep still when she’s singing. “When I sing, I feel like I’m up in the sky,” she said.

Dawins Rolph Jean-Pierre, 12, chimed in: “The choir is like a family for me. When we sing together, it’s really great. We have fun, we dance, we sing with all our friends.”

For Reverend David Cesar, the director of Holy Trinity Music School, the spirit of these young singers captures the Haiti that he believes in.

“Imagine,” he said. “When we talk about Haiti, about bad things — about the political issues, economical issues — and see those kids bringing [pride] and hope to their country, sometime I got some tears.”

Two people from the music school — a staff member and a saxophone student — were killed in the earthquake. Along with their destroyed building, the school lost hundreds of instruments. The staff salvaged what they could from the rubble. 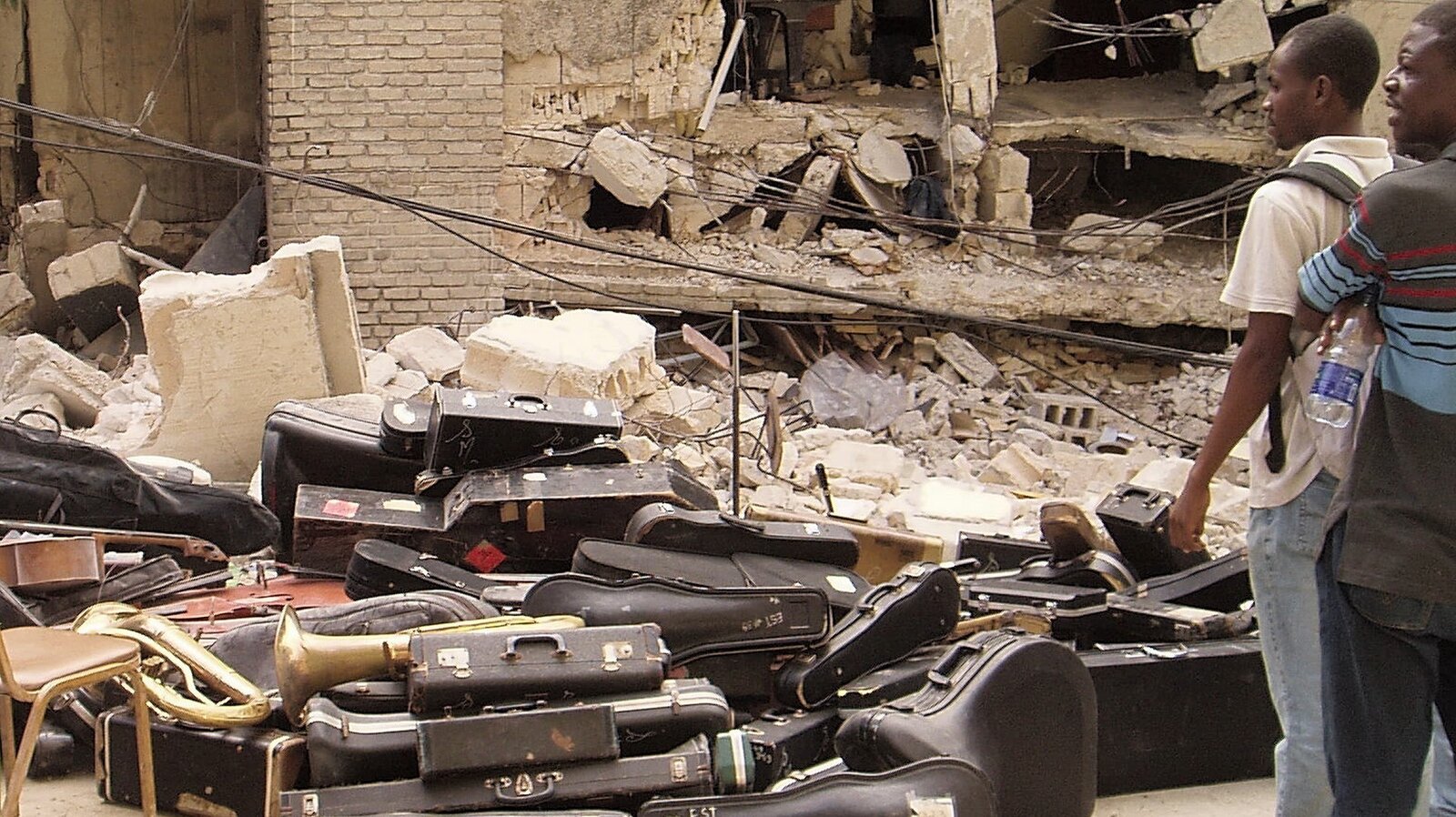 Members of Holy Trinity Music School salvage instruments after the 2010 earthquake in Port-au-Prince.

Just one week after the quake, Cesar gathered some students and said: Let’s go. Let’s go perform for the survivors, living in tent camps.

“To bring some joy, because it was a period of sadness and mourning,” Cesar explained. “And also to say to our brothers and sisters, ‘Stand up. Stand up!’ And we performed for them. So they were so happy to stand up and dance.”

I mentioned to Cesar that among all the things people in that dire circumstance would need — food, water, shelter — music would not automatically be on my list.

“Definitely, definitely,” he insisted. “And this is why I said, music and this music school and this orchestra will never stop. Whatever the situation.

“Haitian people, we’re born with music,” he continued. “So everything we are doing, we’re doing with music. We are sad, we sing. We are happy, we sing. We have music in our blood.”

For a while after the earthquake, Holy Trinity Music School had to hold classes and rehearse outside. Now, they have a temporary structure, but they hope to build a permanent home and concert hall. This tour is, in part, about raising funds to do that. 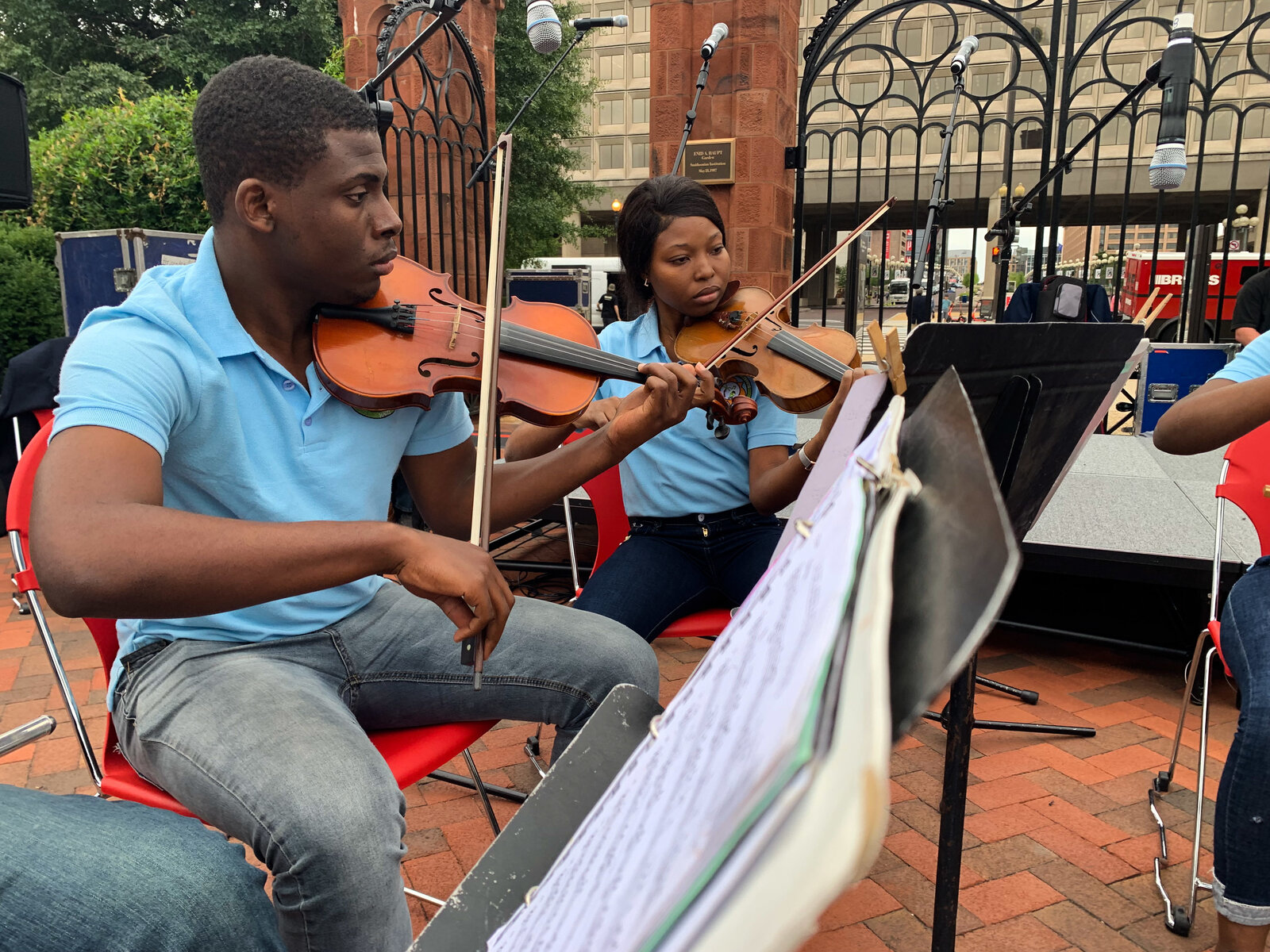 Ten years after the earthquake, the world’s attention to Haiti’s devastation has faded. I asked Cesar if he thinks we’ve forgotten about his country.

The tour of the youth choir and chamber ensemble from Haiti’s Holy Trinity Music School wraps up this week with concerts in Kentucky and Ohio.