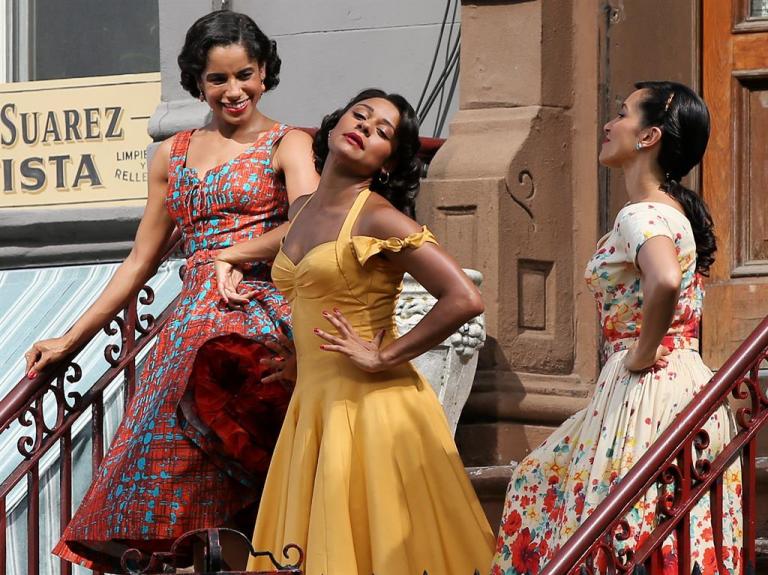 Well, filming went on this weekend just outside our front door on Manhattan Avenue and 120th Street. (Lisa)

A report by Joel Taylor for Metro.

DANCING queen Ariana DeBose wasn’t the only one bringing a splash of colour to the set of Steven Spielberg’s West Side Story as the director donned a funky Hawaiian shirt during filming.

Sassy DeBose, 28, brought her character Anita to life in New York, wearing a striking yellow halterneck dress for a scene shot on a Harlem doorstep.

During the shoot, Mike Faist (Riff) did his best impression of a Harlem hoodlum as he led his fellow Jets on a traffic-stopping stroll.

Dropping in for a chat with Spielberg on set was fellow Oscar-winning filmmaker Spike Lee. Spielberg (pictured below) has modelled his adaptation on the original Broadway show from 1957. 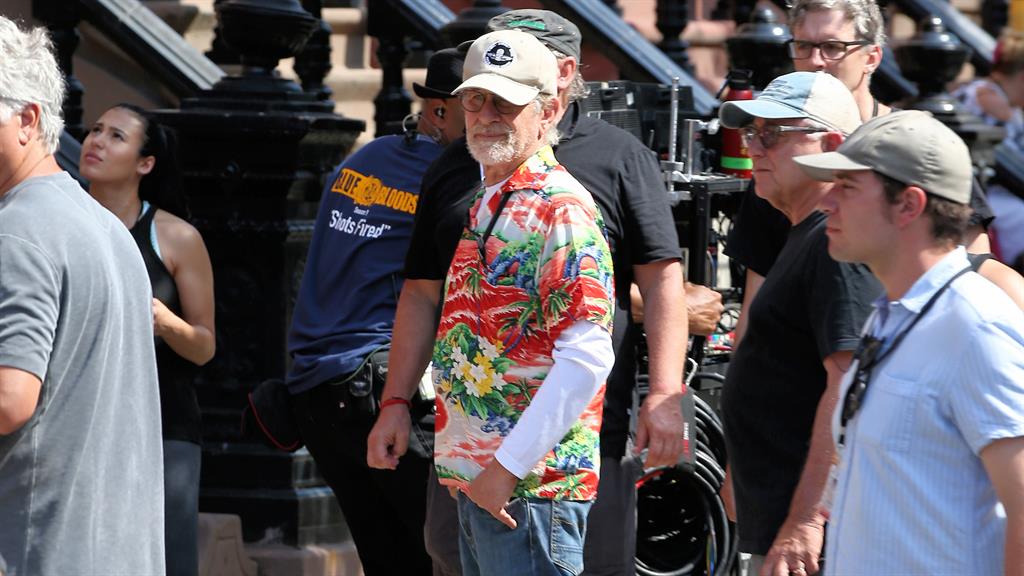 And in a nod to the 1961 film that won 10 Oscars, Rita Moreno, that year’s best supporting actress as Anita, will play Valentina in the new version.

The story of the warring Jets and the Sharks was adapted from Romeo And Juliet by Arthur Laurents and features lyrics by Stephen Sondheim and music by Leonard Bernstein.

The Fault In Our Stars actor Ansel Elgort, 25, has been cast as star-crossed lover Tony the Jet with 17-year-old singer Rachel Zegler as Maria, who is from the Sharks. The film is due out late next year.