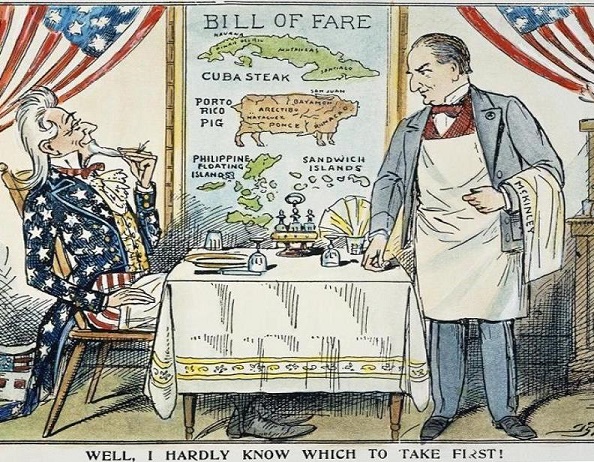 One day after the session of the United Nations Decolonization Committee on Puerto Rico’s political case, a group of experts will examine on Tuesday in Berlin, Germany, the consequences of the Spanish-American War of 1898 on Puerto Rico and Cuba.

The forum was organized by Laura Katzman, professor of Art History at James Madison University in Virginia, who is teaching this year at Free University Berlin at the invitation of the John F. Kennedy Institute for North American Studies. “I’ve worked on Puerto Rican issues in the 1930s and 1940s; I thought this would be a good way to talk about Puerto Rico and Cuba, which have been in the news recently. Their relationship with the United States are always difficult, “Katzman said via telephone interview. Katzman stated that the Berlin conference is a good opportunity to discuss what was to be the starting point of the United States’s “imperialist ambitions.”

Historian Jessica Gienow-Hecht, from the German university, who will explain how justify intervention in Cuba was justified, will be the keynote speaker. The list of speakers includes Jorge Duany, director of the Cuban Research Institute of the International University of Florida (FIU); curators of the National Portrait Gallery of the Smithsonian Institution Taína Caragol and Kate Lemay; anthropologist Amanda Guzmán (doctoral candidate at the University of California, Berkeley); architecture historian Joseph Hartman (University of Missouri); and art historian Kris Juncker, of the Museum of African American Art of the Smithsonian Institution.

The event—sponsored by Free University and Terra Foundation for American Art—will feature references to traditional political speeches and the use of supporting images, as well as documents on the emergence of tabloids to convince Americans that the collapse of the Battleship Maine had been caused by an attack by Spain.

In the context of the PROMESA law, which has sunk Puerto Rico [further] into its colonial situation, anthropologist Jorge Duany, former professor at the University of Puerto Rico (UPR), said he will discuss how “American colonial discourse”—through images, such as caricatures, photographs, postcards, and maps—”represented the new possessions as backward, primitive, and exotic and their inhabitants as immature, childish, effeminate, and unable to govern themselves.”

“The bases of these representations come to light, for example, with the imposition of the PROMESA law in Puerto Rico, which has reestablished a form of direct colonial government, similar to the one that operated on the island between 1900 and 1917,” said Duany, who was born in Cuba and raised in Puerto Rico and Panama.

Furthermore, at the moment, President Donald Trump’s government has embarked on an effort to eliminate the progress achieved by Barack Obama’s government regarding its approach to Cuba.

In that sense, Duany indicated that “it is also possible to detect some traditional elements of American colonial discourse as justification for the recent upsurge of economic sanctions against Cuba under the Trump administration.”

Puerto Rican scholar Caragol and [Kate Clarke] Lemay will talk about the exhibition “1898: El Imperio Americano” [1898: The American Empire], which they are organizing for the year 2023, when the 125-year anniversary of the war and the American invasion of Puerto Rico will be celebrated. The exhibition “will present works of art and artifacts from the Smithsonian’s collections, along with those from Cuba, Guam, Puerto Rico, Hawaii, Spain, and the Philippines. This combination will shed new light on the power relations between the imperial power and its colonies, highlighting the victors and the victims on each side, and encouraging visitors to consider the long-term impacts of this story,” they explained.

Katzman said that the Kennedy Institute for Studies on North America is one of the most prestigious of its kind in Europe, with a very diverse and international faculty, visiting scholars, and student body. “There is little knowledge in the United States about their territories and their history. In Germany, it is even less,” said Katzman.

The emphasis on Puerto Rico and Cuba, explained the professor, allows for examining two histories “that went in very different directions” and that are now facing the public policies of the Trump administration.

Article above translated by Ivette Romero. For original article (in Spanish), see https://www.elnuevodia.com/noticias/locales/nota/cubaypuertoricoenforoenberlin-2501172/

Keynote: “A Feeling I Cannot Put into Words:” Gender, Empire, and Humanity in the Spanish-American War, 1898

Curating 1898, The American Imperium: The Case of Cuba and Puerto Rico

Curating 1898, The American Imperium: The Case of the Philippines and Hawaii

Give me Liberty or Give me Martí!: Neoclassicism, Simulacra, and the Limits of the

between Officer-Wives and Puerto Ricans

Moderation and Discussion; Concluding Remarks: 1898: Then and Now