A report by Kendra Pierre-Louis and Nadia Popovich for The New York Times.

Climate change is poised to increase the spread of dengue fever, which is common in parts of the world with warmer climates like Brazil and India, a new study warns.

Worldwide each year, there are 100 million cases of dengue infections severe enough to cause symptoms, which may include fever, debilitating joint pain and internal bleeding. There are an estimated 10,000 deaths from dengue — also nicknamed breakbone fever — which is transmitted by Aedes mosquitoes that also spread Zika and chikungunya.

The study, published Monday in the journal Nature Microbiology, found a likelihood for significant expansion of dengue in the southeastern United States, coastal areas of China and Japan, as well as to inland regions of Australia.

Oliver Brady, an assistant professor at the London School of Hygiene & Tropical Medicine and a co-author on the paper, said that the research predicts more people in the United States will be at risk in coming years.

Globally, the study estimated that more than two billion additional people could be at risk for dengue in 2080 compared with 2015 under a warming scenario roughly representative of the world’s current emissions trajectory. That increase largely comes from population growth in areas already at high risk for the disease, as well as the expansion of dengue’s range.

Under a moderate warming scenario, 2.25 billion more people could be at risk for dengue fever by 2080.

To estimate the future spread of the disease, Dr. Brady and his colleagues took data on mosquito behavior and projections on urbanization (one type of Aedes mosquito that spreads the disease is especially prevalent in cities) and combined them with three different climate scenarios to model what might happen in 2020, 2050 and 2080. Under all three scenarios the spread of dengue increased.

But how much the world warms has a significant impact on the spread of the disease.

The research, Dr. Brady said, “hints at the idea that if we do control emissions better, we could stop or at least limit this kind of spread.” 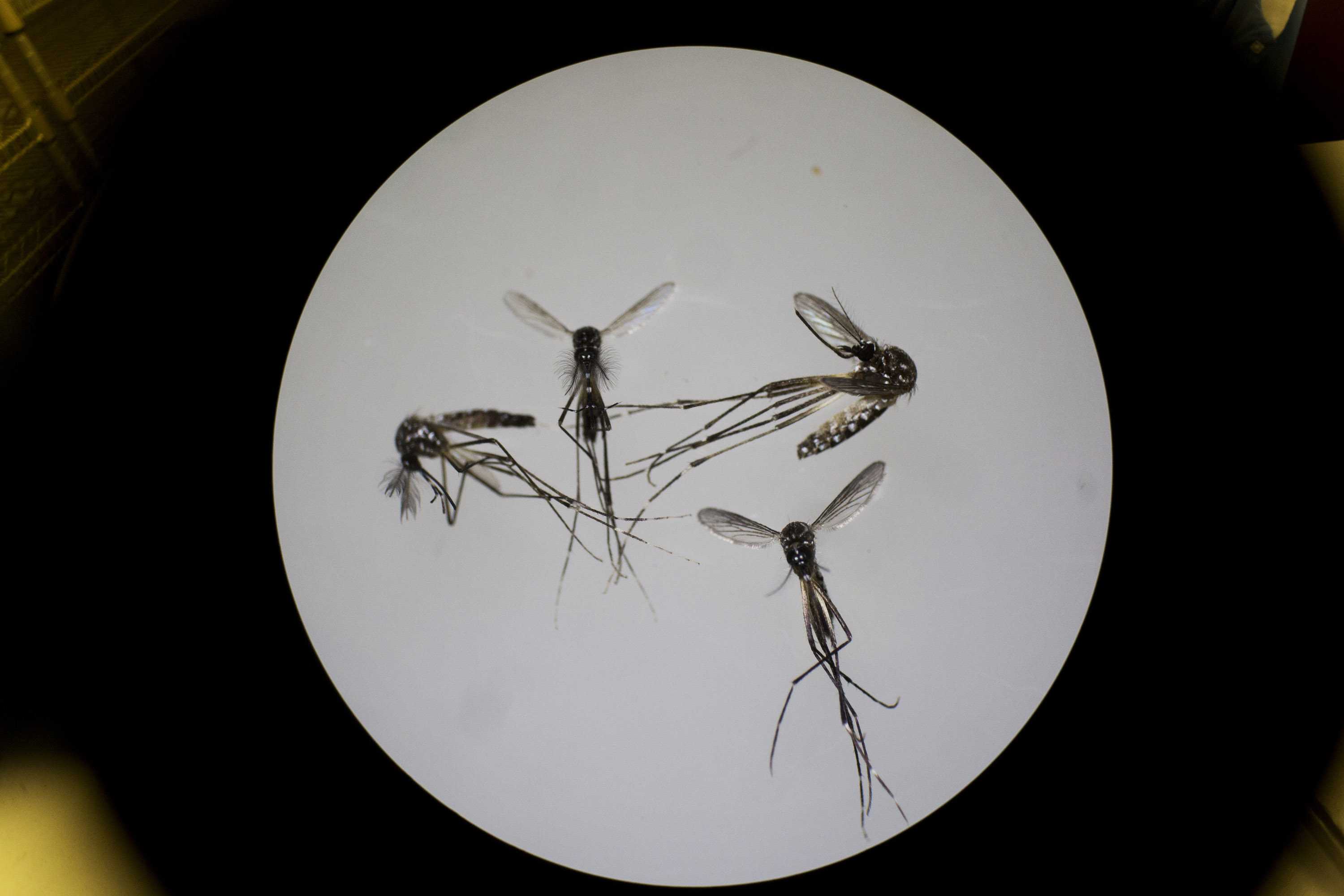 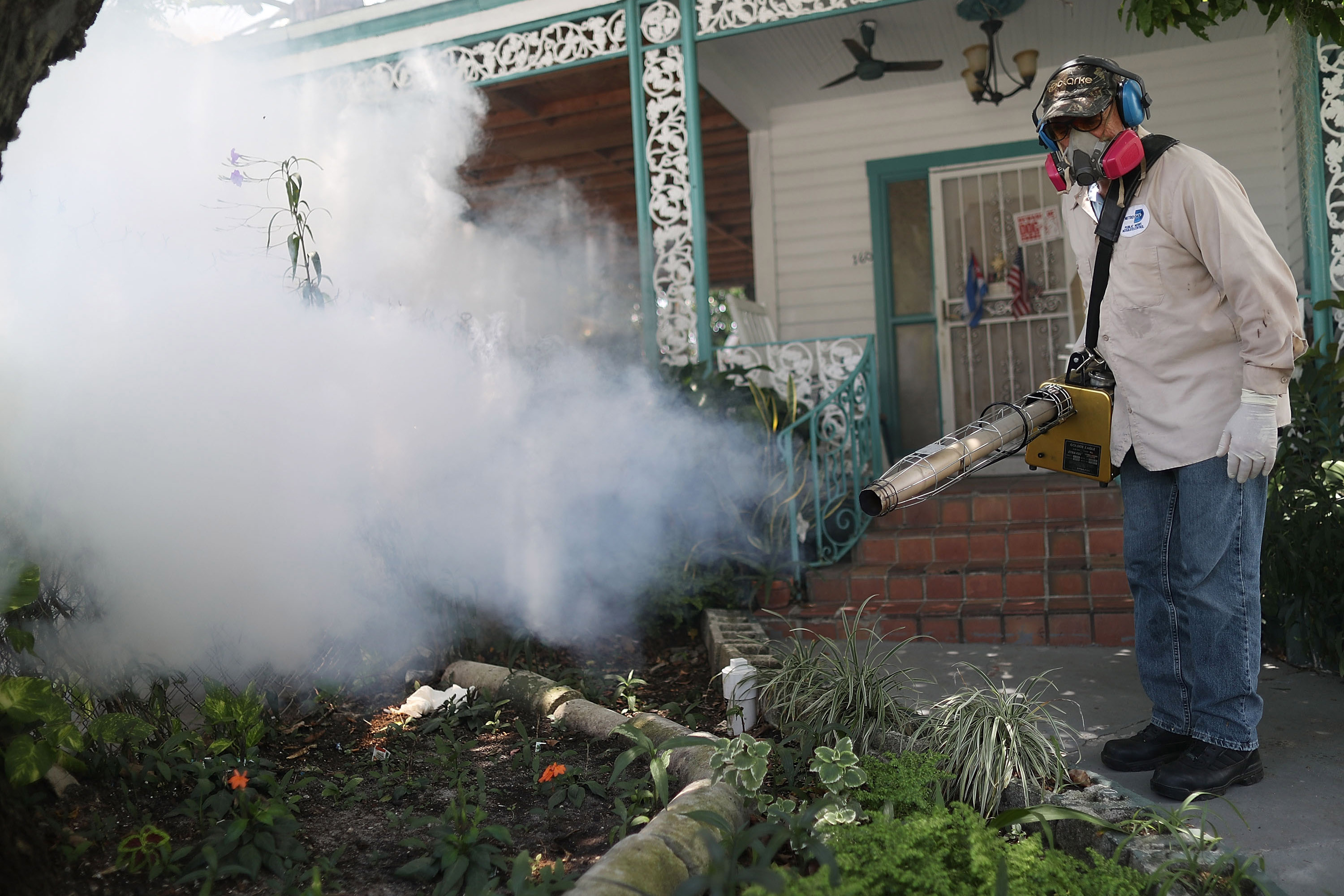 Aedes aegypti mosquitoes under a microscope, left. At right, pesticides being sprayed in the Wynwood neighborhood of Miami in 2016.

Warming temperatures help expand dengue’s range because, in part, as it gets warmer mosquitoes can thrive in more places where they couldn’t previously. Warming temperatures also shorten the time it takes a mosquito to become a biting adult and accelerate the time between when a mosquito picks up a disease and is able to pass it on. The study’s predictions were lower in some areas, particularly Europe, than previous studies. Those studies estimated widespread transmission of the disease on the Continent, while Dr. Brady and his colleagues estimated that its spread in the region would be limited to parts of the Iberian Peninsula and parts of the Meditteranean.

Aedes aegypti is particularly concerning, because, while other mosquito species will bite whatever is convenient, Aedes aegypti prefer to bite humans.

Much of the Southeast United States used to be home to mosquito-borne diseases. Malaria was a threat until the middle of the 20th century, when a mosquito-eradication campaign eliminated the disease. But that campaign relied heavily on liberal application of the insecticide DDT, which had a host of harmful environmental effects.

In 2018, the Florida Department of Health in Miami-Dade County announced at least one locally acquired occurence of dengue.

There are limits to the study, cautioned Andrew Comrie, a professor in the department of Geography and Development at the University of Arizona. The paper is a sophisticated use of ecological niche modeling, Dr. Comrie said by email, but it does “not deal with species competition, predation, or potential evolutionary adaptation.”

While there is a dengue fever vaccine, it is ineffective for most people. Treatment for the disease focuses on ensuring that the patient gets enough fluids, which can be difficult because of severe nausea and vomiting.

“For a healthy individual dengue is an awful experience that you never forget,” said Josh Idjadi, an associate professor at Eastern Connecticut University who contracted dengue fever in French Polynesia. “For infants and elderly and the infirm, they’re the ones that are going to be at risk.”