An interview by Miss Rosen for Vice.

When you think “Taxi Driver,” an image of New York City in the 1970s springs to mind—a dark, depraved city heaving with sleazy decadence and undeniable allure. It is a city that photographer and taxi driver Matt Weber has known all his life on rather intimate terms.

Born in 1958, Weber attended the famed High School of Music & Art from 1972 through 1974, discovering the emerging graffiti scene just as it was transforming the trains into massive works of public art. As a teen growing up in the 70s, Weber was free to run wild in the streets, until he realized it was time to get a job.

In 1978, Weber started working the night shift in midtown, witnessing a maelstrom of sex, drugs, and violence firsthand. His new book, Street Trip: Life in NYC (Carpet Bombing Culture), captures four decades of raw power and anarchistic energy that leaves you wanting more. You can catch Weber in Beyond the Streets, a street art exhibition where he will be collaborating with his childhood friend, the artist Eric Haze—or check out More Than the Rainbow,the documentary film about Weber’s life.

We caught up with Weber and he shared his memories of New York when everyday life looked like a scene out of Scorsese.

VICE: What’s your history as a graffiti writer?

Weber: I grew up in the graffiti scene. I started in 1973 when I was 15. I wrote MALTA because I thought it was “mota,” the name of a really strong type of weed that people smoked, [not] “Malta,” that Caribbean “beer” that people drink. I was actually writing the wrong name for years.

I knew a lot of graffiti artists; FUTURA 2000 was one of my mentors. I mainly hit the 1, 2, and 3 trains on the west side. Running through subway tunnels when you’re tripping is virtually insane. Luckily I didn’t get hit by a train—but I did fall off a train once, back in ’74, and I hit a pole at top speed. I got badly hurt and couldn’t get up. My friends carried me back to the platform and put me in a checker cab. I’m lucky to be alive. It’s a dangerous hobby.

VICE: What made you decide to start driving a taxi?

Weber: I gave up graffiti in 1976, on my 18th birthday, because I had been arrested for it a few times. I could see my time would come and I didn’t want to go to a real jail with adults over a marker tag. I started driving a cab because I could see the writing on the wall.

Someone told me you could make $100 a night driving a cab, and that was a lot of money in 1978. You could get a one-bedroom apartment anywhere in Manhattan for $200. The fact that I could make my entire month’s rent in two nights was incredible. My only regret was that I didn’t buy a brownstone when they were $75K. I bought a taxicab instead, thinking it would be a great investment, which it was. But I sold the taxi medallion in 1990 for $123,000—before it went to $1 million, which was a decision that haunted me for a very long time!

VICE: What inspired you to take up photography again in 1984?

Weber: I kept seeing things on the streets. I saw a punk rock guy and he was having sex with a girl on the hood of his car at six in the morning. Then an old woman with a little dog walked by and stopped to stare at them. Half an hour later, I was driving back down that street and I saw his friend getting satisfied by the same woman in a different way—and I didn’t have my camera. Then I saw a knife fight near Port Authority late at night, two guys jabbing away, almost fencing with these little blades. I was in the cab so I was safe and I could have had these crazy shots of knives flickering under the streetlamps.

So I went and spent $150 on a camera. I taught myself photography from the Ansel Adams books: The Camera, The Negative, and The Print. I immediately set up a darkroom. It was thrilling to watch the image pop out of nowhere. It took me almost 30 years before I switched to digital in 2013 because it cost so much—I was selling off my possessions to buy film. 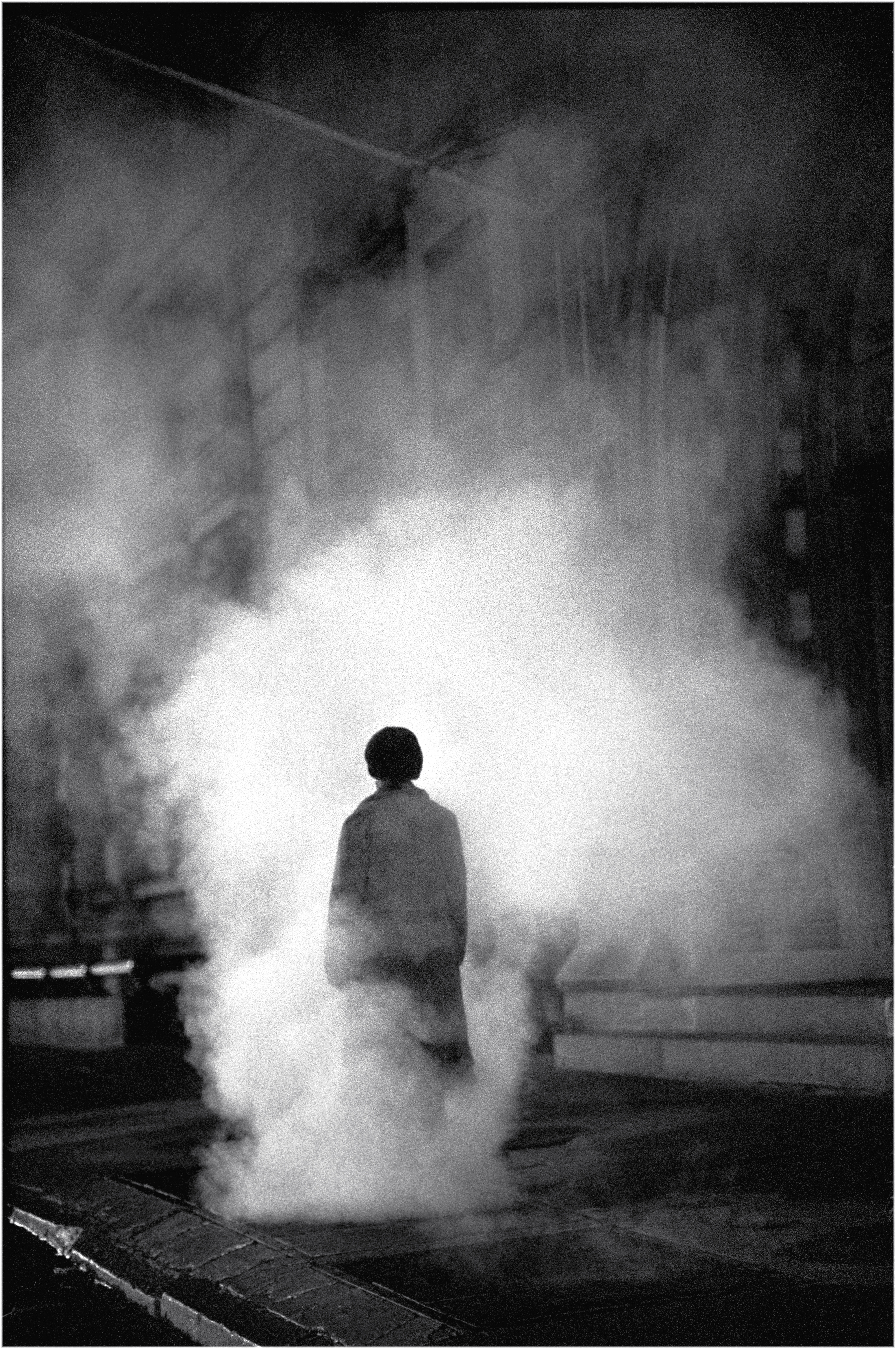 VICE: What was the craziest thing that ever happened while getting a photo?

I was at double gunpoint one time—one guy got in the front seat and put the gun in my belly and the other guy was in the backseat and put the gun to my head. I had $32. I hadn’t worked that night and they took me out to deep Queens. They said, “Where’s the rest of the money, motherfucker?” They told me to get out of the cab, I drove over the bushes in someone’s front yard, and they drove away. When I got my car back a week later, they took my radio, my meter, my tools, and my $32. 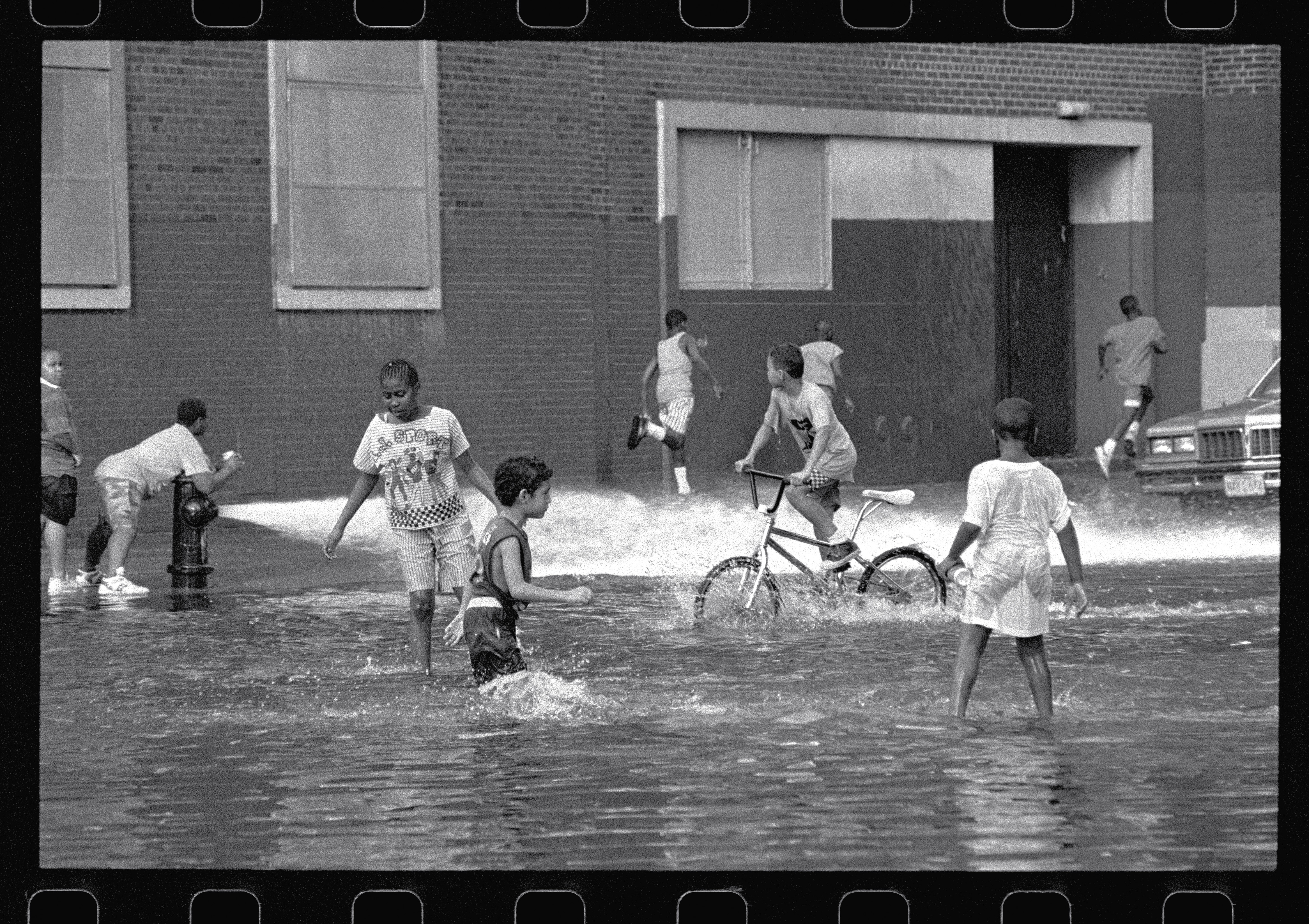 VICE: What made you realize you had to take your camera everywhere?

Weber: I haven’t left my house without a camera since August 6, 1989, because I was dropping my friend off on St. Mark’s Place that day when a garbage can flew through the air and almost hit the windshield. When I got to the corner of First Avenue, I saw a cop beating on this guy really badly and I didn’t know what was going on—but I was in the middle of the Tompkins Square Park riot. Clayton Patterson was videotaping this guy getting beaten up, and I had never been so horrified not to have my camera. I was in the safety of a 4000-pound metal box and I was ten feet away from a cop hammering on top of a guy with his nightstick. I knew it was historic and I had no camera.

VICE: What is one photo you wish you took?

Weber: There are the photos I didn’t take before I had the camera, like on the Lower East Side in the 1970s. Picture a tenement with no buildings around it on the block, all by itself like an island and a line of eight or nine people standing in front of it. Then from the third or fourth floor, a bucket comes down on a rope and all the people put their money in the bucket. It goes back upstairs and then returns with their heroin. If they had seen me with a camera, they would have taken shots at me. This was the Wild, Wild West.

A lot of my friends shot dope in front of me and got strung out, and my own father had an overdose in 1966. That saved my life, actually. My mother told me about it when I was 15 and I promised I would never do heroin because I was dabbling in a lot of other things. I kept my word. In a strange way that is the only thing he ever did for me. 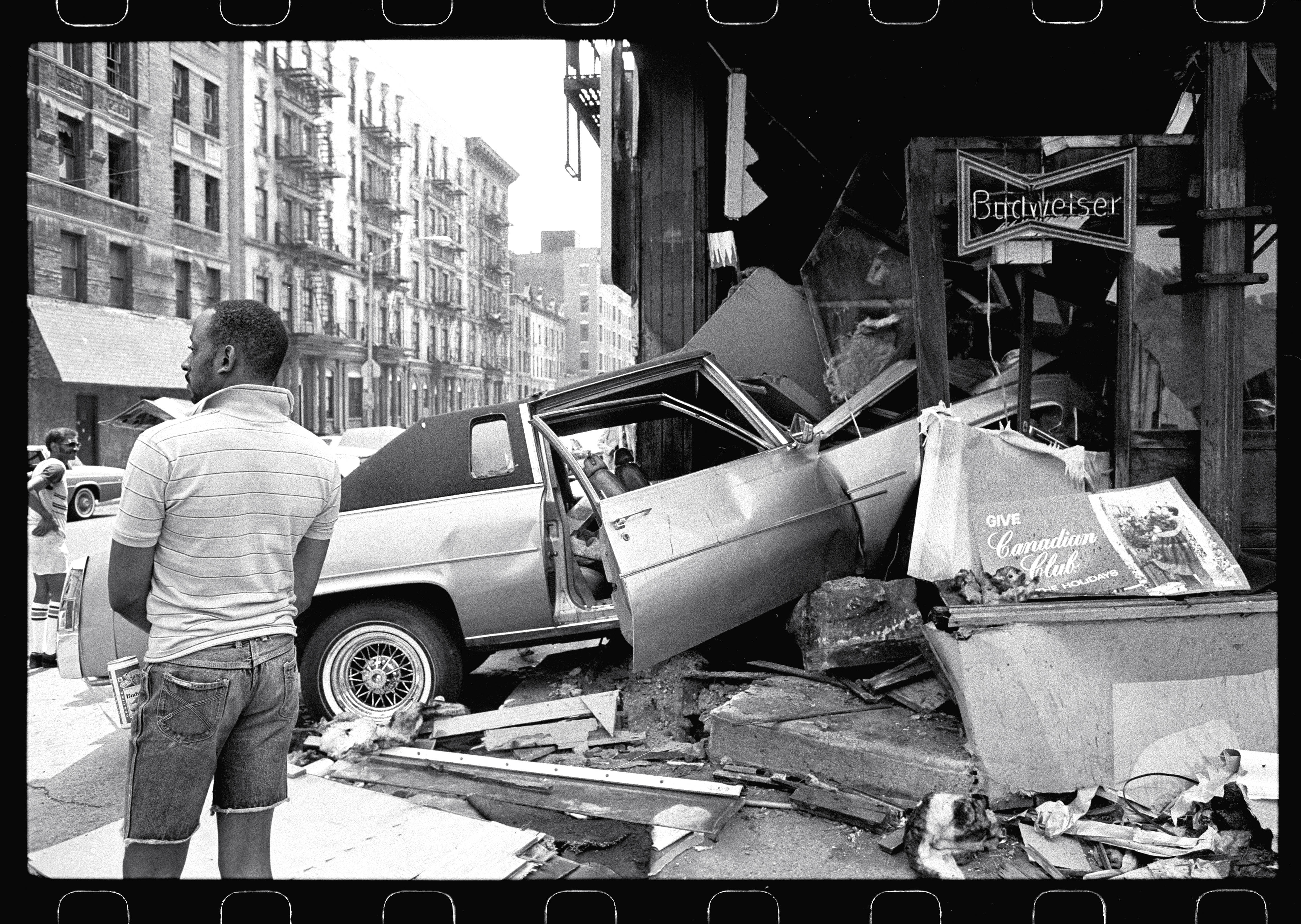 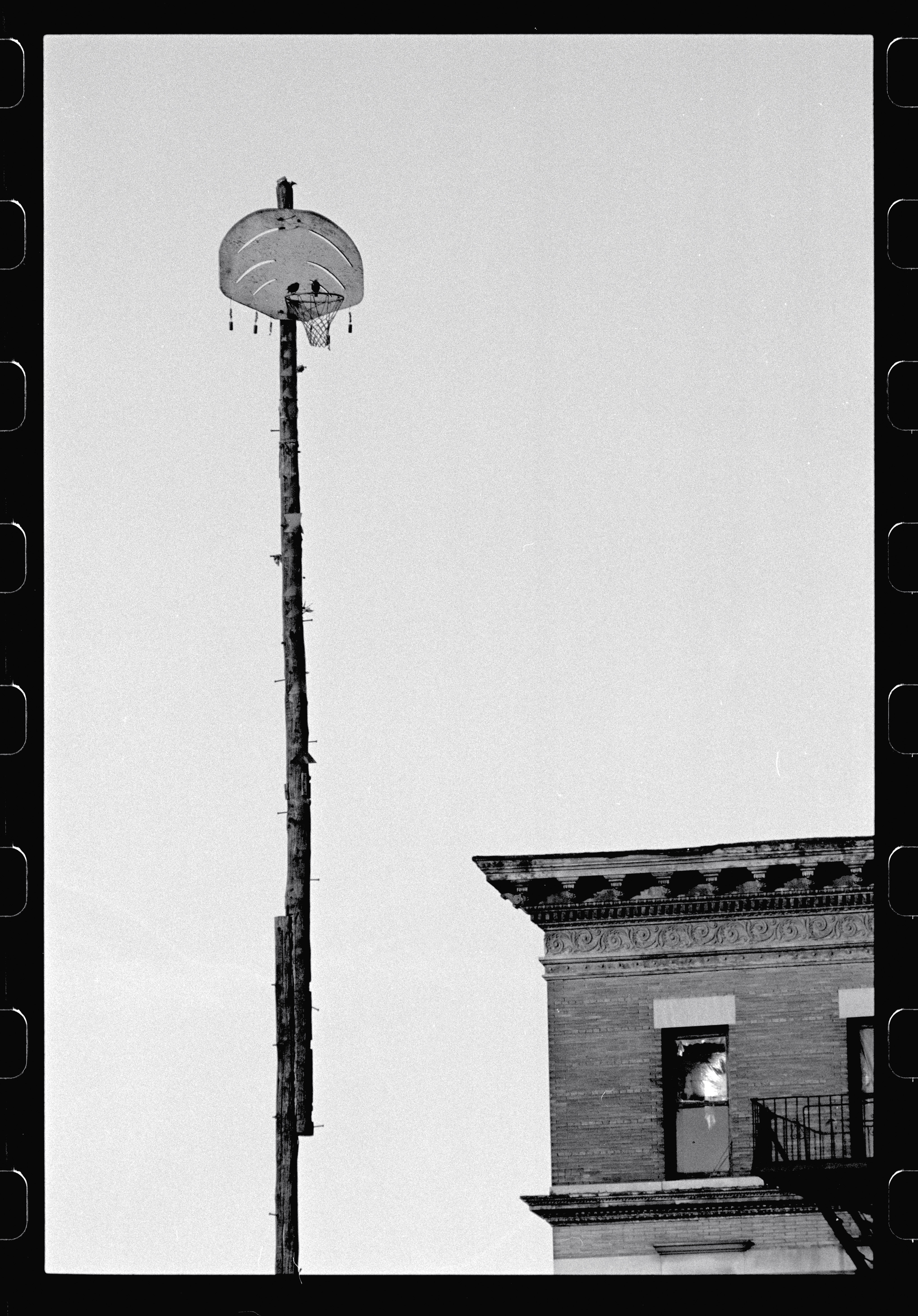 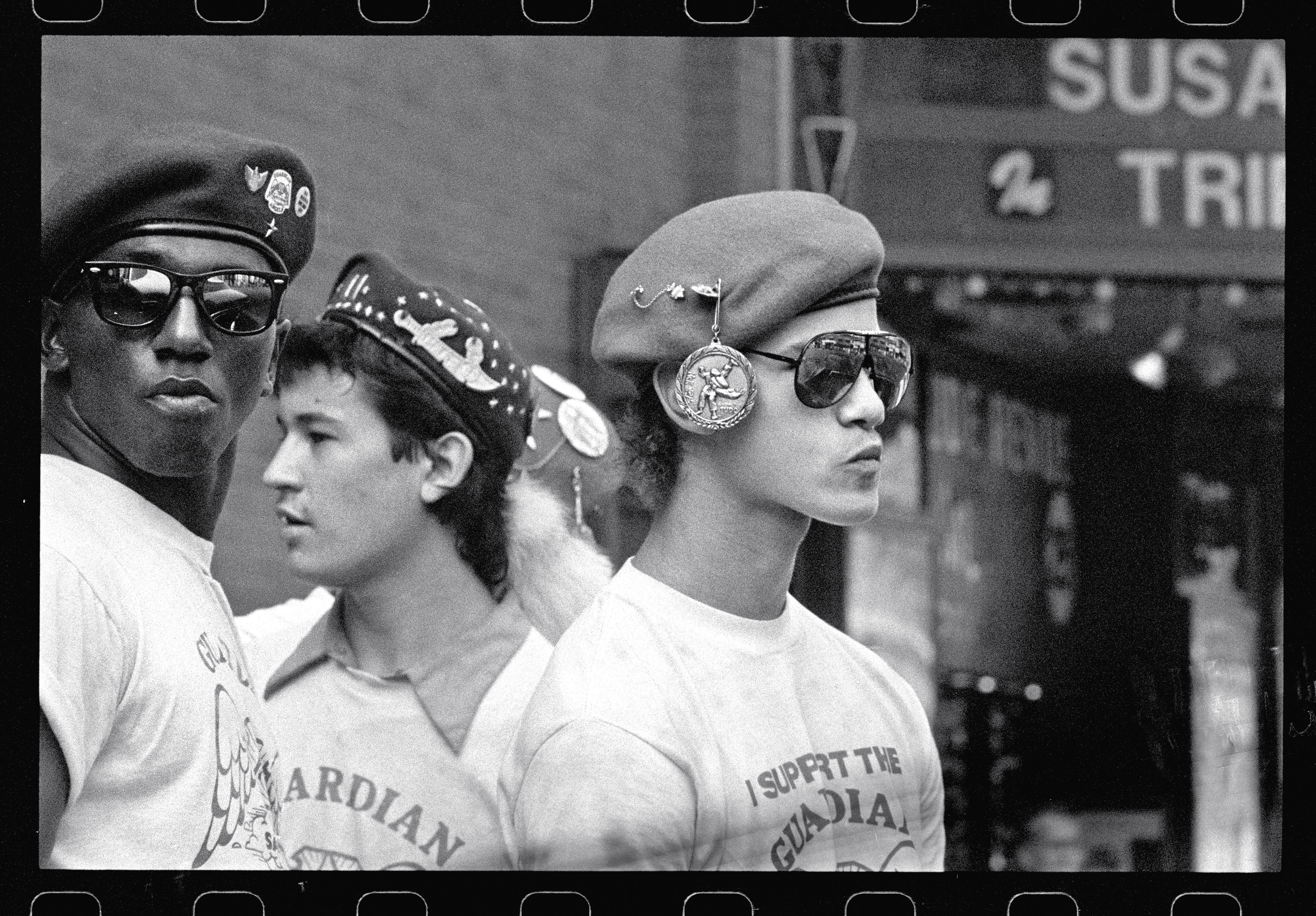 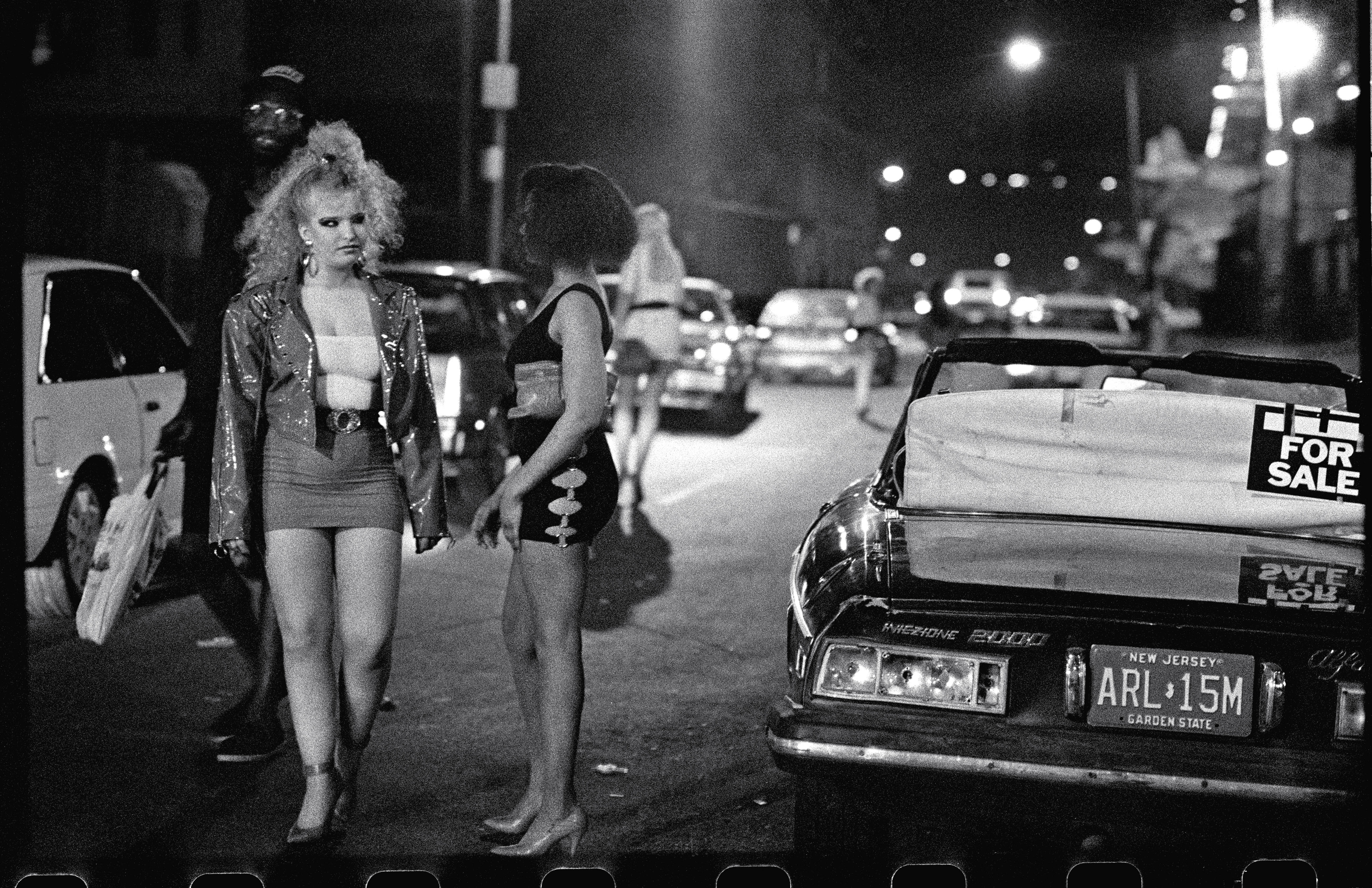 You can follow more of Miss Rosen’s work here.