A report by Jake Coyle for Caribbean Life.

The 25th James Bond movie and Daniel Craig’s fifth and final installment as 007 is heading home to Jamaica.

Craig, Bond producers Barbara Broccoli and Michael G. Wilson, and director Cary Fukunaga on Thursday, April 25 launched the film from the Caribbean island nation where Ian Fleming wrote all of his Bond novels. The still untitled movie will be partly set in Jamaica, which was also a setting in “Dr. No” and “Live and Let Die.”

Rami Malek, fresh off his Oscar win for “Bohemian Rhapsody,” is joining the cast as the villain. In a videotaped message, Malek said he’ll make sure Bond “will not have an easy ride of it” in Bond 25.

Craig has said this will be his final turn in the tuxedo. When the 51-year-old actor first confirmed his return for Bond 25, he said: “I just want to go out on a high note.” But Broccoli and Wilson, in an interview by phone from Jamaica, said they aren’t ready to contemplate a new 007 yet.

“We’re very happy with the Bond we have in Daniel Craig. He’s just been phenomenal in the role,” said Broccoli. “I really just don’t want to even think about if and when we have to replace him. We’re excited to have him back and thrilled he decided to come back. We’re just going to set about trying to make the best Bond film ever and not think about the future.” 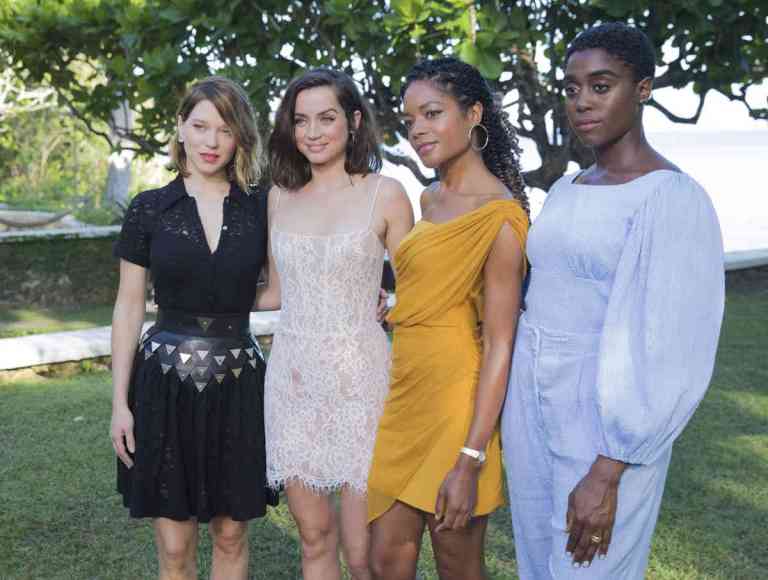 The movie finds Bond out of active service and enjoying a tranquil life in Jamaica. That changes when his CIA friend Felix Leiter (Jeffrey Wright) turns up asking for help. Their mission is to rescue a kidnapped scientist.

Aside from Jamaica, filming locations include Italy, Norway and London, with studio production based at Pinewood Studios outside London. Returning cast members include Lea Seydoux, Ben Whishaw, Ralph Fiennes and Naomie Harris. Production will begin Sunday.

Bond films have usually been announced in Britain but this time, the cast and filmmakers flocked to Fleming’s Goldeneye villa in Jamaica for a livestreamed announcement.

Delays and disagreement have made for an especially long break between Bond films. The last one, “Spectre,” came out in 2015, when it made more than $880 million worldwide in ticket sales. Part of that was caused by a directing change. Danny Boyle was initially set to helm the film, but he departed last year over creative differences.

Broccoli and Wilson declined to address rumors that the split was over Boyle’s reported plans to kill Bond at the end of the film.

“It was sort of a mutual agreement that the collaboration just wasn’t working out,” said Broccoli. “So we parted very amicably and we’re looking very much forward to his next film (‘Yesterday’) which is coming out soon.”

The script is written by Bond veterans Neal Purvis and Robert Wade, along with regular Steven Soderbergh collaborator Scott Z. Burns (“The Bourne Ultimatum’’) and Phoebe Waller-Bridge, the British actress-writer of the series “Killing Eve’’ and “Fleabag.’’ Waller-Bridge, whom producers said was brought aboard by Craig, is just the second woman to ever write a Bond film. More than 50 years ago, Johanna Harwood co-wrote “Dr. No’’ and received a story credit for “From Russia With Love.’’