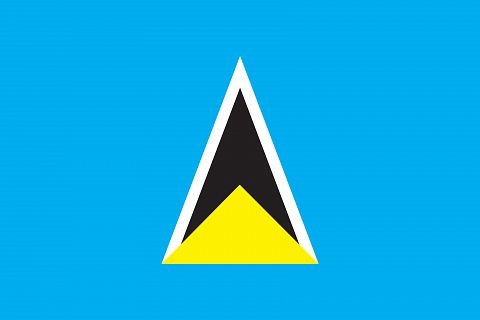 Catherine Morris analyzes the Brexit saga and its effects on UK-Caribbean relations. See the St. Lucia Star for the full article. Morris writes:

With Britain facing yet another deadline — present an approved divorce deal to the EU by October 31 or risk whatever political goodwill remains — the formerly staunch European trading partner faces some hard questions about its future, not just in Europe but around the world with allies such as those in the Caribbean.

What is the current status of Brexit?

[. . .] Last week EU leaders met for a lengthy debate over Britain’s future, trying to strike a balance between ensuring stability and continuity, and bringing the UK to heel with a more punitive approach (French President Emmanuel Macron warned of a “rogue” Britain undermining the bloc). Theresa May won her extension, and the UK will remain an EU member until October 31, with the option to leave earlier if she can do what she’s failed to pull off so many times before and cajole parliament into a deal.

What does this mean for the Caribbean?

Uncertainty is bad for business, and terrible for trade. Mindful of the impact on its markets, the UK got busy before the March Brexit deadline signing new agreements with its partners. Trade flows between the UK and the Caribbean have long come under the EU’s free trade agreements but, with Britain withdrawing from the European bloc, it is forced to find its own way. The Caribbean’s biggest imports by Britain are bananas, sugar cane and rum. In 2017 the UK bought 100 per cent of Saint Lucia’s banana exports, and total trade between the region and Britain that year amounted to around GBP 2.5bn, according to the UK government.

On March 22, UK Trade Policy Minister George Hollingbery met with ministers from several Caribbean states, including Saint Lucia, to sign the CARIFORUM-UK Economic Partnership Agreement (EPA). This agreement is designed to ensure trade continuity and was widely welcomed among the Caribbean community. Chairman of the West Indies Rum & Spirits Producers’ Association Komal Samaroo said: “We’re extremely happy to see the culmination of this agreement which both sides have worked hard to achieve. The UK is a major export destination for our rums and we are pleased that the trade provisions will maintain our continued access to that market.”

The EPA guarantees no tariffs on all goods imported into the UK from Barbados, Belize, Dominica, Grenada, Guyana, Jamaica, St Kitts and Nevis, Saint Lucia and St Vincent and the Grenadines. The UK government estimates that the deal will save Caribbean banana, fruit and nut exporters GBP 14mn a year in tariff charges and GBP 20mn for those exporting sugarcane or sugar products.

Backing out of the EU means the UK has to renegotiate trade with over 70 countries. Deals currently finalised include those with Switzerland, Fiji, Papua New Guinea and Caribbean states. The new CARIFORUM-UK EPA is expected to come into effect in January 2021, or as soon as possible after the UK leaves the EU if no deal is struck.

The previous CARIFORUM EPA was the result of a three-decade relationship between Europe and the Caribbean, through which a stable and mutually beneficial trading system operated. Replacing this with its new incarnation, containing similar provisions, will do a lot to address fears in the post-Brexit era but global trade is still on shaky ground. While the Caribbean enjoys a bilateral trading relationship with the UK, the region’s governments also participate in multilateral agreements through the World Trade Organization. How Brexit will affect these delicate deals is yet to be seen.

Brexit will also have an impact on development financing. European bodies such as the European Development Fund (EDF) have invested significantly in the region. Without the UK’s support and financial contribution, the EDF may well refocus its remit and Britain will have to find other ways to channel assistance funding into Saint Lucia and other Caribbean nations.

Trade between the UK and Saint Lucia should continue on the same footing in a post-Brexit world, but Britain is more than just a banana market for this island nation. The two countries have enjoyed a close relationship for decades with Saint Lucia welcoming droves of British holiday-makers and second-home owners each year. Brexit and the resulting fluctuations of the GB pound have already affected Saint Lucia’s real estate market and that looks set to continue as the protracted political furore drags on. With the pound falling, British tourists are likely to stay close to home for their vacations, and British shoppers may well find themselves cutting Caribbean products from their grocery lists.

Over the long term, Britain has said it remains committed to its former colonies and Commonwealth partners. Despite the recent spate of alarmist headlines, Brexit is far from a catastrophe for the Caribbean but merely another road bump in the constantly changing landscape of global trade.

When Prince Charles visited Saint Lucia in March, he called the country “a vital member of our Commonwealth family” and continued by saying: “Through all the unprecedented global change, it seems to me that the Commonwealth remains as vital today as it has ever been. The Commonwealth brings us together and gives us the means to harness shared opportunities as well as to address common challenges.”