The island of Puerto Rico will end all coal-based power generation in 2020 , with Governor Ricardo Rosselló committing to a rapid transition to renewable energy. The announcement comes less that two weeks after the Puerto Rico Energy Public Policy Act (PS 1121) was approved by the Puerto Rican Senate. The bill, which passed with bipartisan support, outlined how the island aims to reach 100% renewable energy by 2050. 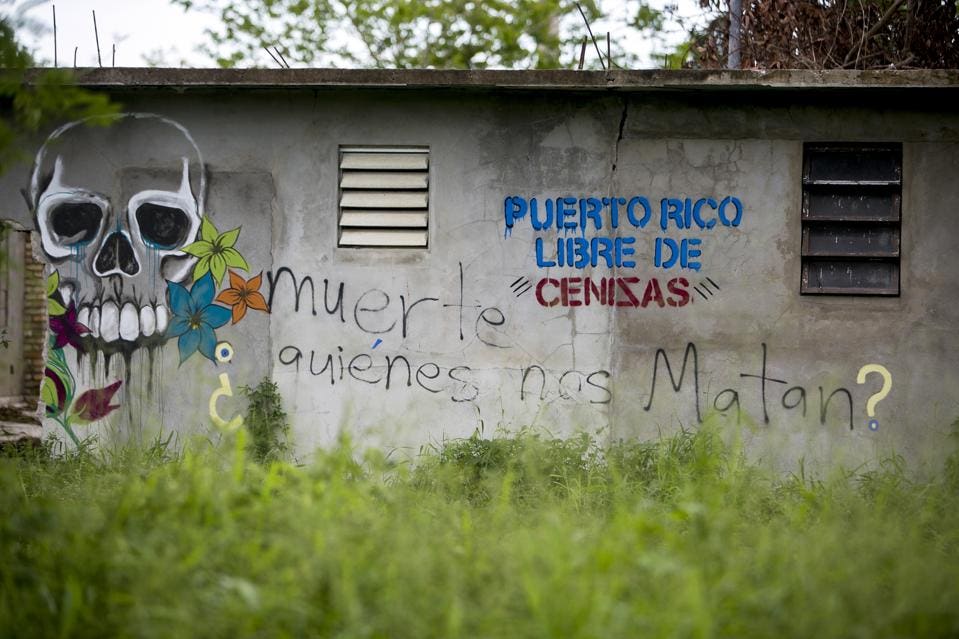 Graffiti seen on a wall reads “Puerto Rico free of [coal] ash… Who Is Killing Us ?” near a landfill where coal waste is deposited in Tallaboa, Penuelas, Puerto Rico. For longer than most can remember, Puerto Ricans have paid some of the highest energy costs in the U.S. to a notoriously unreliable utility that neglected their grid for years and subjected local people to highly polluting toxins.

PS 1121 also mandated that coal-based power production would be phased out by 2028, but as During Gov. Rosselló pointed out during his announcement, Puerto Rico would strive to reach those goals ahead of time: “Even though our government’s public policy, as established in our Energy Policy Integrated Plan, indicates that the deadline to move away from CO2 is, at the earliest, 2028, we are committed to transitioning from fossil fuels as early as possible.”

With the island moving away from coal next year, renewable energy is expected to take over a much larger share of Puerto Rico’s energy market, as Gov. Rosselló announced that: “By 2025, we expect to produce 40% of our electric power from renewable sources.” 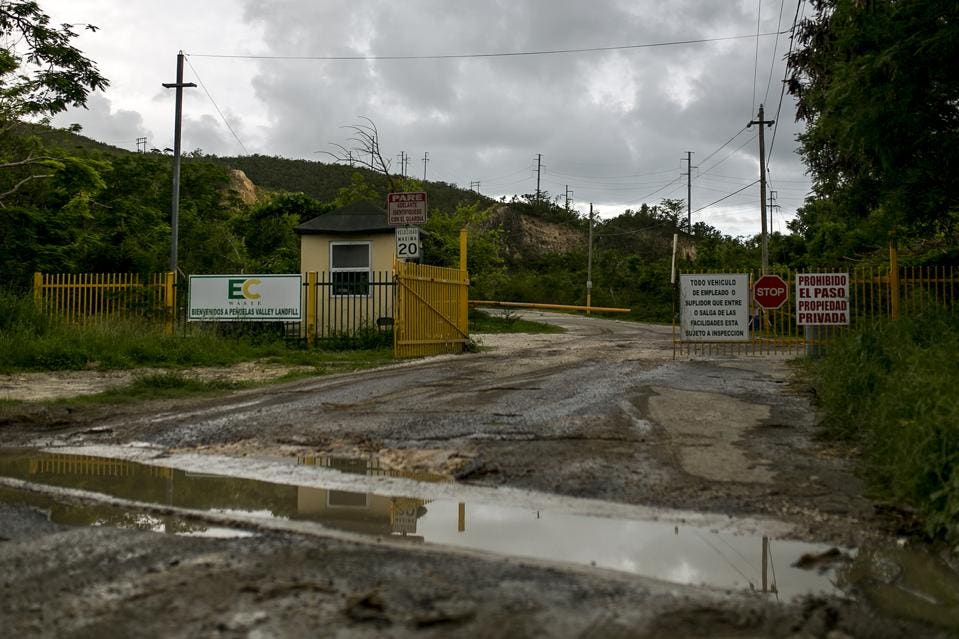 The entrance to the EC Waste Inc. landfill, where coal waste is deposited, stands in Tallaboa, Penuelas, Puerto Rico.

Puerto Rico has been looking to become more self-sufficient after the island was devastated by Hurricane Maria in 2017. Reliance on renewable energy will help reduce the risks of power outages and help future-proof the island’s energy security, much like how South Australia stabilized its energy supply once it adopted a renewable energy and storage backup system in 2018. With climate change expected to create more powerful storms and wild weather events, a step away from fossil fuels and towards renewable energy will help provide stability and sustainable development to Puerto Rico.

Along with the island’s decision to cut coal from its power grid, it was announced that there would be no taxes on solar and wind systems whilst the Puerto Rico Electric Power Authority (PREPA) reached an agreement with creditors to restructure their $9 billion debt. As the island begins to transition away from fossil fuels, many options have been explored. AES Energy Systems, the company that runs the island’s power plant, is understood to be aiding the Puerto Rican government in identifying renewable options that it could provide. 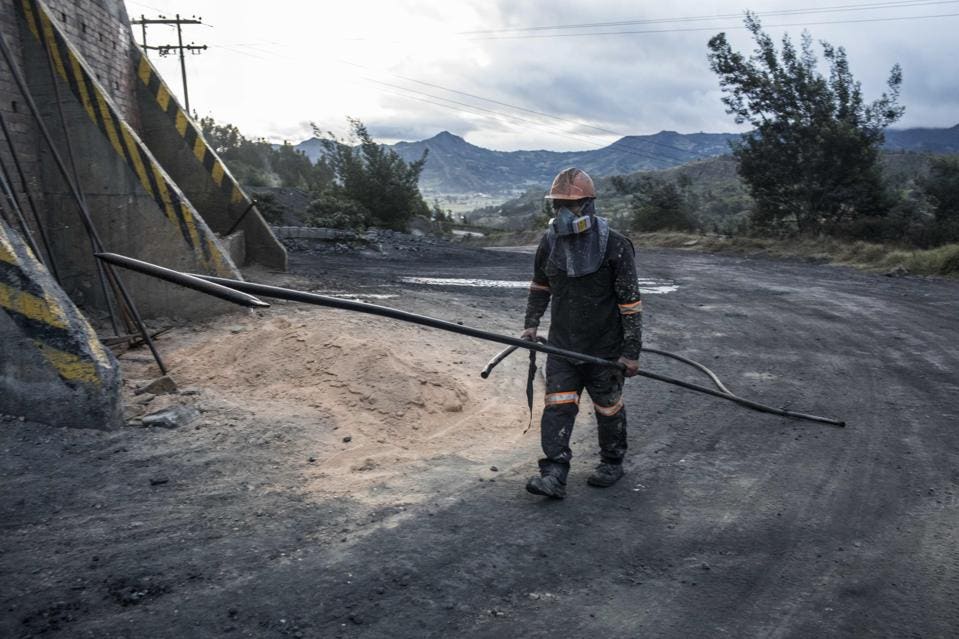 A miner passes in front of a coal furnace in Cucunuba, Cundinamarca Department, Colombia. Colombia is set to produce a record of more than 90 million tons of the fossil fuel this year, its biggest export after oil, and has traditionally been the major supplier of coal to Puerto Rico.

Currently, the AES coal plant is responsible for 17% of the island’s power production. As it stands, AES could see their contracts amended should those same coal plants be modified to use green energy. However, AES is also in the middle of a controversy regarding its role in disposing of over two tons of toxic coal ash on the island.

Between 2004 and 2011 the company was shown to have dumped tons of toxic coal ash across fourteen municipalities across the island. Due to the lax way that it was disposed of, the ash has found its way in the water systems, reduced air quality and increased overall pollution and health risks. The coal waste has polluted Puerto Rico’s groundwater with “signs of radioactivity, in addition to traces of arsenic, chromium, selenium and molybdenum” , according to a local news investigation.

In the short-term, Puerto Rico has been linked to a move to natural gas as a way to help transition away from coal whilst the renewable sector establishes and consolidates itself across the island. After PS 1121 was passed late last month, Senator Eduardo Bhatia expressed his excitement as to the future of Puerto Rico, these latest developments have only emphasized his words: “Now we can move forward in developing an economy built on strong foundations that will provide more opportunities for future generations. By embracing renewable energy, our islands can reduce the reliance on fossil fuels, benefitting both the natural environment and our economy.”

One thought on “After Pollution Crisis, Puerto Rico To Eliminate All Coal Power Next Year”