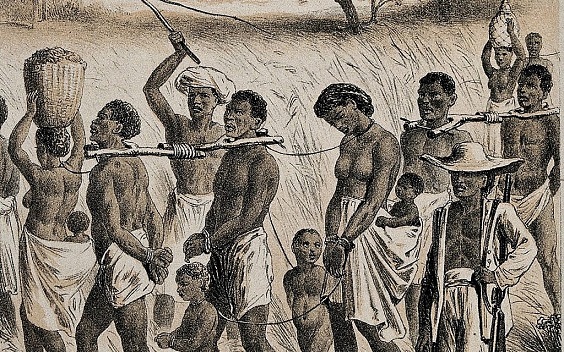 [Many thanks to Peter Jordens for bringing this item to our attention.] Ben Zehavi (The Times of Israel) writes about how a 19th century Slave Bible that removed Exodus story to repress hope is now on display. He underlines that these “censored texts were used by missionaries in the Caribbean colonies to emotionally manipulate the forced laborers who built the British Empire.” The exhibition, “The Slave Bible: Let the Story Be Told,” opened on November 28, 2018, and will remain on view until August 31, 2019 at the Museum of the Bible (Ground Floor-B1, 400 4th Street SW, Washington, DC). Zehavi writes:

To Jews, a Bible without the story of the Exodus from Egypt is unthinkable: No plagues, no bondage, no liberation — no Passover. To Christians, a New Testament without the Book of Revelation is equally preposterous, as the apocalyptic text occupies a central place in Christian theology.

But English missionaries seeking to convert enslaved Africans toiling in Britain’s Caribbean colonies around the beginning of the 19th century preached from Bibles that conveniently removed portions of the canonical text. They thought these sections, such as Exodus, the Book of Psalms, and the Book of Revelation, could instill in slaves a dangerous hope for freedom and dreams of equality.

Now, one of three so-called “Slave Bibles” known to exist — the only one in North America — is on display at the Museum of the Bible in Washington, DC. The artifact is on loan from Fisk University, a private historically black university in Nashville, Tennessee.

Printed in London in 1807, the Slave Bible excludes 90 percent of the Hebrew Bible and 50% of the New Testament. Of the 1,189 chapters in a standard Protestant Bible, the Slave Bible contains only 232. “A volume like this would have been used for manipulative and oppressive purposes,” said Seth Pollinger, the curatorial director of the Museum of the Bible. He told The Times of Israel that his staff recently located two early 19th century letters talking about these Bibles being distributed in the British West Indies. “So not only do we now have evidence they distributed these volumes along with other literature, but we also notice from the letters that there was a purpose attached to it: teaching those who were enslaved how to be obedient to their masters and what their duties to their masters were,” Pollinger said.

In an 1808 missive discussing the printing of these Bibles, Anglican Bishop of London Beilby Porteus wrote, “Prepare a short form of public prayers for them… together with select portions of Scripture… particularly those which relate to the duties of slaves towards their masters.”

Missionaries were exhorted by farmers in the British West Indies (modern-day Jamaica, Barbados, and Antigua) to steer clear of any text with revolutionary implications. At stake was Britain’s massive overseas empire, powered by millions of enslaved Africans forced to work on sugar plantations.

Examples of the excluded passages in the Slave Bible include:

“You shall not turn over to his master a slave who seeks refuge with you from his master. He shall live with you in any place he may choose among the settlements in your midst, wherever he pleases; you must not ill-treat him.” (Deut. 23:16-17)