A report by Jhoni Jackson for Paper.

Skating at sunrise was a regular thing for teenaged Grace Herndandez. She’d tag along when her mom worked the 6 AM shift at a grocery store in San Juan, Puerto Rico; her mother always said it was too early, but Fernandez would insist, spending all morning at a nearby beachfront skate spot.

Skateboarding became a means of channeling energy for Fernandez; she likens it to meditation. “I go out on my skateboard, and I’m focused on something else, not problems, or what happened during a bad day,” she says.

Fernandez is now 21, and for about two years she’s been rallying other girls to reap the same benefits. She created the collective Skate Mamis to empower girls and women skateboarders, whether in their shaky beginnings or of a sturdier skillset, through mutual hype and support. That early stage is where the encouragement-in-crew makes its biggest impact: “I never said skateboarding is easy,” she laughs.

But Skate Mamis is more than a crew; it’s also a movement for more participation from women in skateboarding culture, competitions included, throughout the archipelago. At present, members are based all over the main island and range in age from about 14 to 28 years old — and, of course, Fernandez is perpetually recruiting.

PAPER caught up with Fernandez last week while she was at a west coast skatepark in the municipality of Mayagüez. A shoot for the crowdfunding campaign of an upcoming short — called See Ya L8R, centered on queer community and skateboarding culture— for which Fernandez serves as an advisor, was underway. The film’s writer and director, Ana Paula Teixeira, photographed Fernandez and other Skate Mamis that day.

Check it all out, below. 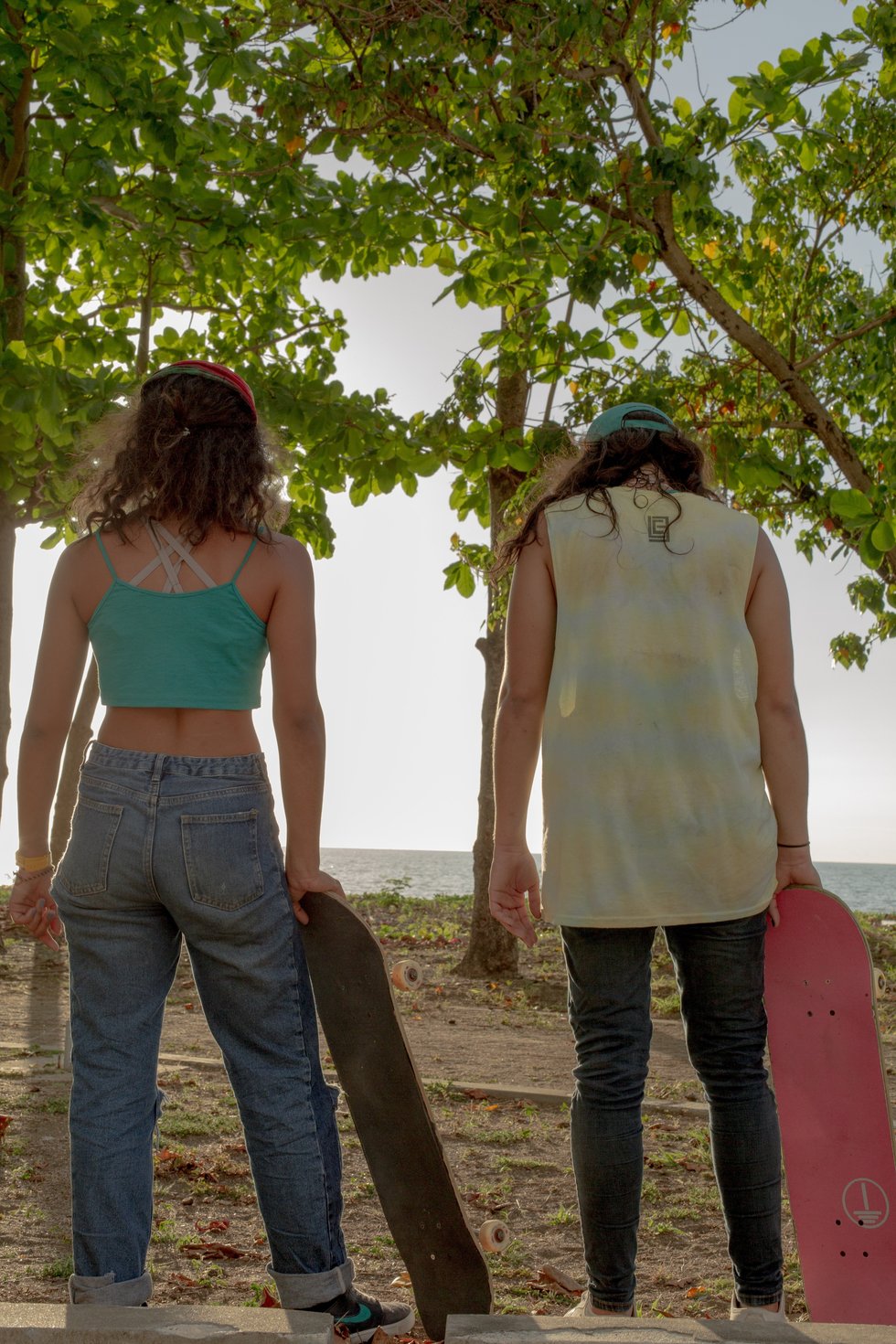 What made you decide to start Skate Mamis?

The hype is super different and the progress is really different from when I’d skate with boys versus when I skate with girls, where all of us feel connected in a different way, but at the same time, the same. Because we’re all in different levels of skateboarding, but we all learn at the same time; we always have something to learn, and that connects us. We wanted to have a place where we can all skate together — to have that liberated space where we support each other to keep skating. Because when I started, that didn’t exist.

You mentioned a difference between skating with boys versus with girls. Do you mean in terms of treatment?

No, no. It’s not the treatment. Because I feel very comfortable with the boys now; my goal is to always skate, and to enjoy it. But with girls, I feel like there’s a hype that I don’t know how to explain. When it’s us [together], I don’t know if it’s that it gives us more confidence — because you see the boys and you might think they’re tougher. I feel like there’s a confidence in us skating together, united. Skateboarding is about unity. I don’t see it as I’m better than you, I can do a kickflip, no — skateboarding is about teaching each other, even with the boys, and that’s what I focus on.

How does Skate Mamis operate as a collective?

We have about 20 girls in a group chat. We all talk there about sessions, clips, send me clips, let’s post this, and see what new things we’ve got, and keep up the hype. We organize sessions, like, let’s do a road trip, let’s go to a skate park and a river, let’s go!

Right now, because there’s more girls, it’s difficult; there will never be a day when we can all be coordinated. We’re scattered all around the island: I’m based in Mayaguez, and on the weekends I come to San Juan, but sometimes I can’t. In San Juan, there’s other girls who keep joining, and in Arecibo, in Barceloneta there’s some really good girls. But I like that we’re all over. And there’s three girls that have left Puerto Rico, and are now in New York and Florida, and in North Carolina, there’s Maria, who’s one of the girls who started with me.

How do you address the variety of skill levels?

There’s a lot of girls that are just starting out, but at the same time, they’re really pumped. In the beginning of skateboarding, that’s the hardest part, then you start to feel more balanced and comfortable. So in the beginning, you have to give them lots of hype, because it’s difficult. I never said skateboarding is easy. It’s not easy; it’s a challenge. But it’s really fun.

Not all the skate parks are good for starting out or learning, so that’s what I look for when organizing sessions — a place where we’re all comfortable, like the spots in Mayaguez, Barceloneta also, and Ponce.

I imagine that finally gaining that confidence is really rewarding.

Of course. And more, I’d say it’s mental, too. You have to work for it. And after you have that confidence that you can fall and you can feel comfortable with falling, then you shed that burden. Then you practice; consistency is key, and you have to have a lot. So that’s why I say when you’re with other girls, and you’re motivated, you stay hyped, and you don’t get tired of trying — you keep going because everyone else is trying, too. That dynamic is priceless.