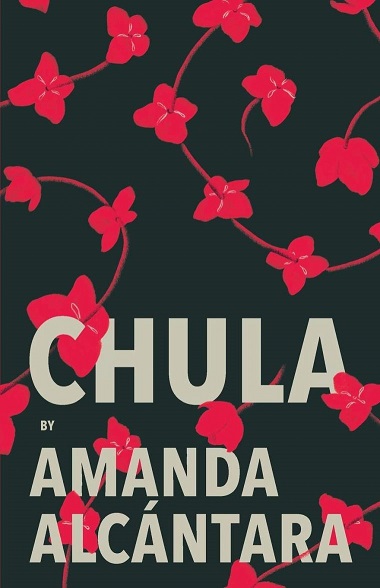 In “Amanda Alcántara Speaks for Dominican Women with ‘Chula’” HipLatina interviews the Dominican author about her book, Chula (released this month), which she calls “an imaginative bilingual collection of intimate poems, short stories, memories and vignettes about the life of a Dominicana before and after moving to the United States.” Here are excerpts: 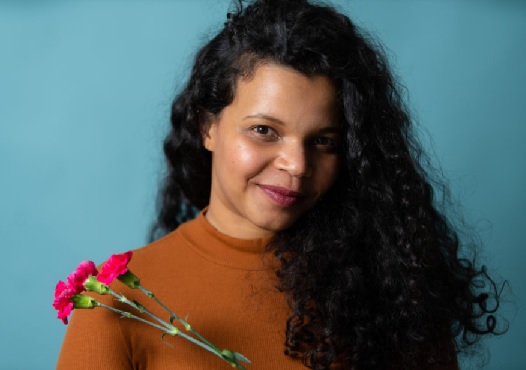 [. . .] The 28-year-old journalist has spent a lifetime preparing for this moment, and the last two years revisiting journal entries, creative writing pieces, and other personal writings to weave together a 100-plus page unapologetic testament to her truth.

“I feel like I’ve been preparing for this my whole life,” says the Afro-Dominican writer as she sips her lavender rose tea. Later in our conversation, she shares, “this book is one specific Afro-Latina experience,” as she’s careful not to position it as representing a universal experience.

“I talk about some things that are taboo that I don’t know how people are going to take, like I talk about the word mulatta, for example,” she explains. “There’s a whole performative part of the book with photos and [details] what it’s like to go to Latin America and be referred to as this word.”

She knows not everyone will grasp her self-published book, which, as a poet and music lover, she penned to a beat. From a curated Spotify playlist and photo shoot to the launch events, the rollout of Chula is akin to an album release. Those subtle yet impactful elements reflect Alcántara’s intent in bringing Chula to life. Her debut book released on March 21, the day after spring and during a full moon in Libra, her zodiac sign — again, all elements she intentionally factored in.

HipLatina spoke with Alcántara’ about the inspiration behind Chula, her writing process and what she hopes the next generation of Dominicanas will gain from reading her debut book.

HipLatina: Walk me through the creative process for Chula — the moment you got the idea to the moment it was complete.

The earliest thing that I have in the book I wrote when I was eight years old. Really, it was less about the writing process and more about collecting everything and realizing this is what my book is going to be. Almost my whole life I’ve known that I wanted to write a book. For me, it was less a process of writing it and more accepting what it was becoming and accepting what the book was.

The concept of the book really came about two years ago when originally, which is so wild, it was going to be called pendeja ‘cause I wrote this really, really good blog post that I loved about how as a woman I was kinda letting myself get played by these men. I was going to write a book about that ‘cause so much of what I’d written I could probably just do a book about love, right? Eventually, as I healed in my own journey, I realized I cannot write a book titled pendeja. What? No! I mean, maybe eventually but not right now. Instead, as I started healing, I started using the hashtag #LaMasChula as a way of empowering myself and feeling good, and then the concept for the book came about where I was like: Oh my God, Amanda, you should just collect all the writing you already have of your own life and your own story, and turn it into this book.

I’ve been talking about this: To me, it was more like writing, more like creating, an album then writing a book because I wanted to mix different kinds of genres. Some genres, some writing pieces, may not even be like a genre. Even towards the end with the process, some stories were left out, including the pendeja piece because I was like this isn’t in the feel of what the “album” is now. That was really the process.

This is autobiographical. In your life, you move between different spaces: D.R. and the United States. How has living in both spaces influenced you as a storyteller?

I was born here and raised in the Dominican Republic. I write about that in the book, how it’s like reverse migration — sort of. I would visit my grandma here, which is like a reverse too.

The way we tell stories in both countries is very — in the Dominican Republic and the U.S.— similar in that we use our bodies. And when I’m thinking of the U.S., I’m speaking of Black United States. I think in sort of the performative sense. We use our bodies. In the Dominican Republic, I took a theater class and I also took a performative poetry class, which is spoken word but I didn’t realize that ‘til college.

For me, it’s more like a vibe and a feel, you know? It’s almost like when people say my voice sounds different in English than in Spanish. Like, actually, sonically people say it sounds different. It feels different. Both places are also similar in other ways. I think they are similar sort of culturally because I’m referring to Black America, again. Then I do think there are some similarities that I got in terms of using the body to perform and using sounds. [. . .]