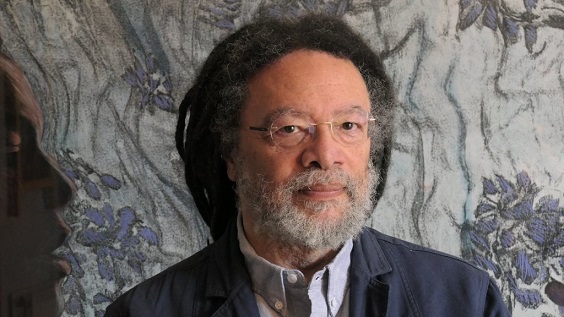 Jennifer Schuessler (The New York Times) announced that Paul Gilroy, the British-Guyanese scholar known for his studies of black cultural expression and author of The Black Atlantic: Modernity and Double Consciousness, has won the Holberg Prize, “which comes with an award of 6 million Norwegian kroner, or about $700,000, making it one of the largest international awards in the humanities.”

Paul Gilroy, a British scholar known for his studies of black cultural expression on both sides of the Atlantic, has won Norway’s Holberg Prize, awarded each year to a scholar who has made outstanding contributions to research in the arts, humanities, the social sciences, law or theology.

The prize committee, in a citation, called Mr. Gilroy, 63, “one of the most challenging and inventive figures in contemporary scholarship.” His landmark 1993 book “The Black Atlantic: Modernity and Double Consciousness,” which argued that slavery and the slave trade created a hybrid culture that transcended national boundaries, transformed the study of the African diaspora and “offered an alternative to essentialist conceptions of identity by showing how race, nation and ethnicity are culturally constituted,” the prize committee wrote.

The prize, first given in in 2004, comes with an award of 6 million Norwegian kroner, or about $700,000, making it one of the largest international awards in the humanities. Previous winners include the American legal scholar Cass Sunstein, the British philosopher Onora O’Neill, and the French sociologist Bruno Latour.

Mr. Gilroy, currently a professor of American and English literature at Kings College London, established his reputation in 1987 with “There Ain’t No Black in the Union Jack: The Cultural Politics of Race and Nation,” a study of racism in Britain and longstanding black contributions to a culture often imagined as resting on a purely white and Christian history.

But it was “The Black Atlantic” that stands as his magnum opus, and helped generate a sprawling literature in history, anthropology, cultural studies and other fields exploring the concept of its title. The book argued that the centuries-long history of slavery wasn’t an aberration but a central fact in the creation of the modern world. Drawing on literature, music, political philosophy and other texts, it argued for a conception of a diasporic black identity that arose from the experience of enslavement and transcended ethnicity and nationality.

In a statement, Mr. Gilroy, whose seven books also include “Against Race” and “After Empire,” described his work as a response to “the deficit of imagination that denies all human beings the same degree of humanity” and an effort to “rewrite humanism,” which is dismissed by some as a mode of understanding based on racial and other hierarchies.

“For me, a critique of racism and race-thinking provides a route into clearer, deeper understanding of humankind and its contested nature,” Mr. Gilroy said.

[Photo above by Vron Ware.]

One thought on “Paul Gilroy, Scholar of the Black Atlantic, Wins Holberg Prize”