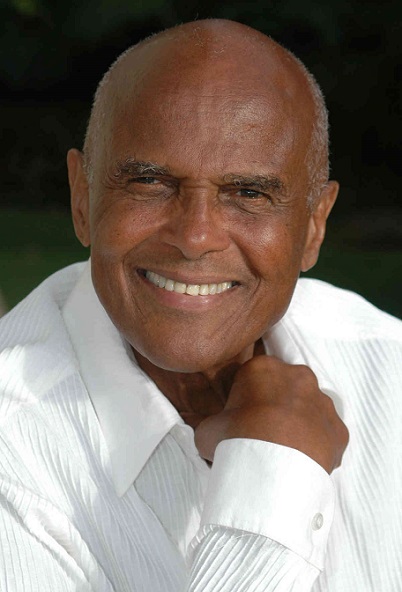 Alexandra Simon (Caribbean Life) writes about Harry Belafonte’s birthday concert on March 1 at 7:30pm: “Turn the World Around: The Music and Legacy of Harry Belafonte.” This event will take place at Aaron Davis Hall at the City College Center for the Arts [129 Convent Avenue between West 133rd and 135th streets in Manhattan, New York].

Renowned activist and calypso legend Harry Belafonte will be celebrated with a birthday concert at Aaron Davis Hall on March 1. On what will be his 92nd birthday, members of the Belafonte Alumni Group — a collective of performers that toured with the entertainer in his heyday — will be honoring him with a musical show of some of his greatest songs.

Every year at the “Turn the World Around: The Music and Legacy of Harry Belafonte” show, the alumnus group consisting of more than 12 members, perform an entire concert dedicated to his songs. They plan on replicating previous shows, but also intend to play tracks that crank of nostalgia in longtime fans, said the group’s musical director. “We’re going to perform many of the same songs we’ve always done, but we’re also going to do some songs that people haven’t heard since the eighties,” said Richard Cummings. He said if Belafonte made a surprise appearance at the show, he will be more than pleased to hear some of the 80’s tunes and enjoy the twist. “He ought to get a kick out of that because we’re going to keep it fresh, but make it very memorable,” said Cummings. “We are going to sing in Harry’s style but at the same time keeping things up to date.”

A few songs slated to be performed include Belafonte’s biggest and most popular hits, such as “The Banana Boat Song (Day-O),” “Jamaica Farewell,” and others. Cummings said with the popular demand of the concert, he hoped that it continued to grow and become something much bigger in the future because there were many songs in Belafonte’s catalog to be revived. “If we had more time and more rehearsals, we could put together a new idea and even spawn a different show,” he said. “We are hoping that perhaps someone might see show this year’s show and be someone that will support us in bringing the show forward, because we do this all on our own, and we are producing the show as artists.”

Last year, Belafonte was scheduled to be overseas on the day of the concert but made a surprise appearance. Cummings hopes he comes again should his schedule allow it, as it brings him great pride. “It’s very special to perform in front of an icon and do their material and have them love what’s happening,” he said. He added that the concert was extremely important to himself and the group because as aging entertainers, many of our hard work goes unnoticed. Cummings said the reason the group will continue to work to retain the show every year, is to not let Belafonte’s work disappear. “I think what we’re doing is especially important because when you look at older icons, you can see how bitter so many have become and that’s because the work they’ve done over the years has been cast aside,” said Cummings. “We want Harry to see his age but not with bitterness, and by keeping his music alive, we’re keeping a smile on his face.”