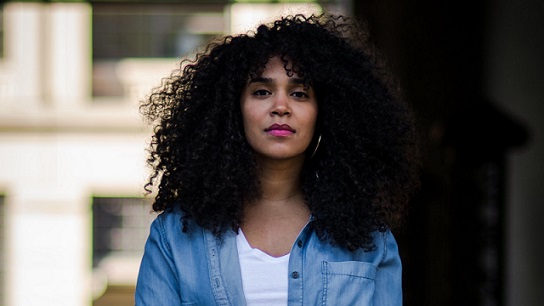 Elizabeth Acevedo, whose debut novel won over the publishing world, critics, and award committees in 2018, continued her streak into the new year as The Poet X nabbed the 2019 Michael L. Printz Award and the Pura Belpré Author Award at the Youth Media Awards ceremony at the American Library Association’s Midwinter Meeting in Seattle on Monday.

The Pura Belpré Author Award shocked Acevedo—who says the recognition of a Latinx writer whose work best “best portrays, affirms, and celebrates the Latino cultural experience” wasn’t on her radar as an award she might win.

“To get that honor is so special,” she says. “There were so many good books this year written by the Latinx community. I was really honored. That one caught me by surprise.”

The Poet X, which also won an Odyssey Honor for its audiobook version on Monday, had already won the National Book Award for Young People’s Literature and the Boston Globe-Horn Book Award for Best Fiction. Acevedo can’t and won’t rank the honors. The most important thing is each different honor affirms that the story spoke to a different group of people, she says. The Printz commitee saw a unique combination of attributes in Acevedo’s work. “It’s that rare combination of kick-ass literary novel and resonant, readable story,” said committee chair Rachel Fryd.

Winning the Printz will likely bring the title to an even wider audience, as librarians, educators, and parents often look for the award winners when selecting books.

“I hope so,” says Acevedo. “I hope that while my book was written so specifically and with so much of my heart directed at a particular community that allowing other folks into that heart will make them realize how connected we all are. That’s the exciting part of this, realizing this kind of story can have such a wide reach behind who I ever imagined would read it.”

When Acevedo thinks about the recognition, the many awards, she feels a pride that she makes clear is “not pride as a creator, but pride as in God, I wish as a reader I had seen this kind of story and this kind of life and this kind of protagonist being told, ‘You deserve to be celebrated,’ because it would have changed my life.” And she has reaction she describes as, “Heck yeah, a story like this deserves to be on the same shelves as so many other stories. Yes, this girl. Yes, a novel in verse. Yes, this community. It’s about time, right?”

Then there are those final thoughts she can’t shake. “None of it makes sense to me,” Acevedo says, with a laugh. “I keep waiting for folks to be like, ‘Eh it’s not that good. There’s a lot of hype.’”

Now working on her third book, she hopes people will love her new characters and stories as much as they did her first novel. But if readers always want to talk to her about Xiomara and The Poet X, Acevedo knows that’s OK. She was “lucky” enough to talk to Speak author Laurie Halse Anderson, who told her sometimes a first book has such an impact on readers, they will always want to come back to it.