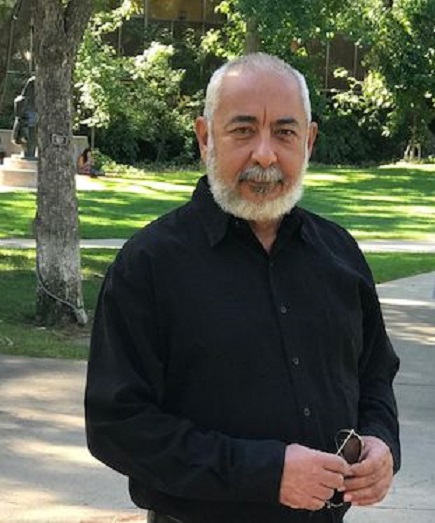 “I MAY NOT BE the best Cuban writer of my generation, but I am the hardest-working,” Leonardo Padura likes to say. An award-winning, internationally known writer, Padura has published over 10 novels, available in at least 10 different languages, and travels the world visiting bookstores and universities, accepting honors and literary prizes, and granting over 300 interviews a year. In a country where intellectuals continue to toe the line, despite the purported relaxation of censorship in the last decade, Padura has managed to both capture the harsh realities of life on the island and survive the censors unscathed. His work has come to stand for a lost generation, or, more accurately put, for the losses of his own. For this, he’s paid a price: bookstores on the island cannot meet Padura’s readers’ insatiable demand for his work, in particular when his work encompasses nearly every genre from social and cultural criticism to short stories and the novel, with a fiction list that ranges from characters such as Leon Trotsky and Ernest Hemingway to Rembrandt and José María Heredia, the romantic Cuban poet.

I met Padura for the first time in the town of Vincennes, in the eastern suburbs of Paris, on the occasion of the 2010 Festival América (September 24–26) where he had been invited to participate, along with other Cuban writers from on and off the island such as Wendy Guerra, Karla Suárez, Zoe Valdés, and Eduardo Manet. I had already been in Paris for at least a month conducting archival research at the Bibliothèque Nationale de France on the links between the Cuban Revolution of 1959 and the Algerian War of Independence (1954–1962) when I was notified of the event. Unfortunately, due mostly to rain and the intensely crowded thoroughfare of an outdoor market, I missed Padura’s talk, only to run into him minutes later as he made a quick getaway. In the end, I did what fans of Padura’s work, and perhaps many of his closest friends have been doing for decades: I shouted, “Padura!” and brought him to a halt.

This time, we meet in Los Angeles, during his visit to UCLA. In person, the 63-year-old Padura is somewhat different from the man I remember meeting in Paris eight years earlier. He looks taller, thinner, perhaps even a little tired. At once open and reserved, humble and famous, Padura seems animated with equal parts resignation and pride. Lucía López Coll, his wife, accompanies him. I greet them, and my voice is full of emotion. After all, this is not just one of Cuba’s best-known authors, but a compatriot, someone who, for me, represents the homeland. He settles into his chair and gestures for me to begin. [. . .]

SUSANNAH RODRÍGUEZ DRISSI: Would you like to talk about your childhood? What shaped your work and contributed to your development as a writer?

LEONARDO PADURA: My childhood was so ordinary, and so wrapped up into what it meant to be from my small town of Mantilla, that I don’t see anywhere an indication that this childhood had something to do with a possible writing vocation. Mostly, it had to do with ways of experiencing the world that were foundational: my father’s Masonic philosophy and its practice; my mother’s Catholic philosophy and its practice; living in a neighborhood where somehow everything worked like a microworld, where everyone had some familiar, historical connection, and where everything revolved around two or three very precise points — the whereabouts of Route 4, and certain businesses and schools. Most of all, however, I played ball. I spent from 17 to 18 years of my life investing most of the time I had on playing ball. When I wasn’t in school, and even when I should have been, I was playing. I read very little. At some point, I read what you read when you’re a kid, Jules Verne or Emilio Salgari. Then, as a teenager, I read The Count of Monte Cristo, a novel that moved me greatly. Later, already a young man, I read more, but I was no longer a child. [. . .]

You enjoy the privilege of having a Cuban passport and a second citizenship. Do you feel at home both in Spain and in Cuba?

No, not at all. In Spain, I feel at my second home. My first home is Cuba. In Spain, I have friends, and a network of very important work relationships. Without Spanish publishers, institutions, production houses, and Spanish foundations, my work would not have enjoyed the scope, the proportions, the possibilities that it has enjoyed. That is to say, that to Spain I owe my numerous awards, and a great deal of my career. But my home is still in Cuba — I am a Cuban writer and I can’t be anything else. And, the fact that I enjoy visibility and that I’m promoted in another country — in ways that sometimes even reached my own country, where at times I have been invisible — has been fundamental to my work, to my career, and to what has been possible for me as a writer. Cuba is the nucleus, the Ithaca of my life. And, if I ever have to leave Cuba, if I’m ever forced to leave Cuba, I will lose that spiritual, cultural, but also visceral connection with the Cuban way of life. [. . .]

[. . .] Susannah Rodríguez Drissi is an award-winning Cuban poet, writer, playwright, translator, director, producer, and scholar. A lecturer in UCLA’s Writing Programs, she is finishing a book titled Moorish Cuba: The Arab & Islamic Presence in Cuban Literature & Culture from the 1830s to the Present.