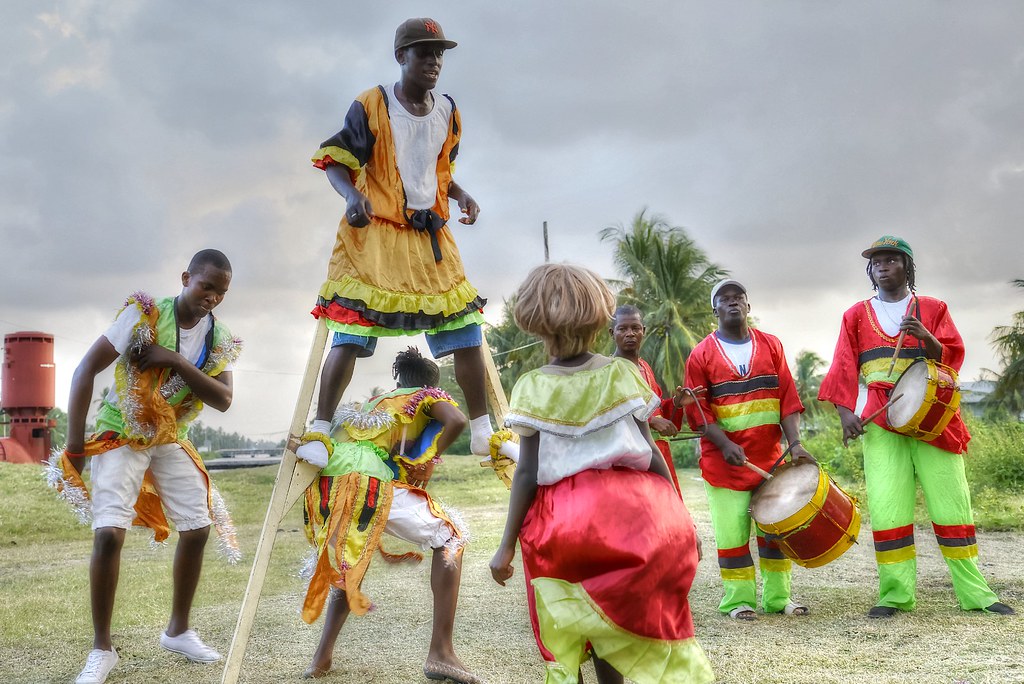 A report by Laura Dowrich-Phillips for Loop.

Though not as popular as it is used to be, the masquerade band was once a staple Christmas tradition in Guyana.

The band was a sign that Christmas is in the air and took place about two weeks before Christmas in various parts of the country.

The bands comprised traditional figures such as Mother Sally or the Long Lady, which were men on stilts dressed in female clothing and wigs and the Mad Bull, a menacing figure with large horns.

According to one online account. the band would parade through busy streets, favouring those with rum shops where they coins would be tossed at their feet and a drink might be in the offing from a generous rum shop owner.

The characters would be accompanied by a small ensemble of musicians.

The masquerade band is said to have its roots in slavery.