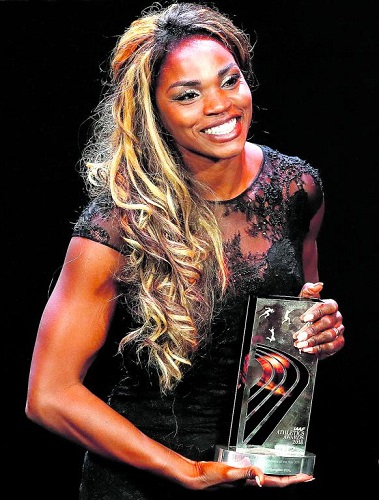 [Many thanks to Peter Jordens for bringing this item to our attention.] IAAF 2018 announced its athletes and important figures of the year. Puerto Rico’s Evelyn Claudio Lopez won the Woman of the Year award for dedicating her life to promoting the cause of women’s athletics (see photo below). Colombian athlete Caterine Ibargüen (see photo above) won an award for World Female Athlete of the Year. Here are excerpts from the IAAF press release:

[. . .] Not content with being the best triple jumper in the world, Ibarguen also tested herself against the world’s best in the long jump this year – and consistently came out on top in that too.

The34-year-old Colombian won both horizontal jumps at the Central American and Caribbean Games, the IAAF Continental Cup and at the IAAF Diamond League finals – winning the latter two titles in two different cities within the space of 24 hours.

She was unbeaten in all eight of her triple jump competitions, ending the year with a world-leading mark of 14.96m in her specialist event and a national record of 6.93m in the long jump.

Puerto Rico’s Evelyn Claudio Lopez has dedicated her life to promoting the cause of women’s athletics. She is Chairperson of the NACAC Women’s Commission and General Secretary of the Association of Pan-American Athletics. She is also part of the IAAF’s Gender Leadership Working Group and in 2013 she produced a book, Living History of Women’s Athletics. 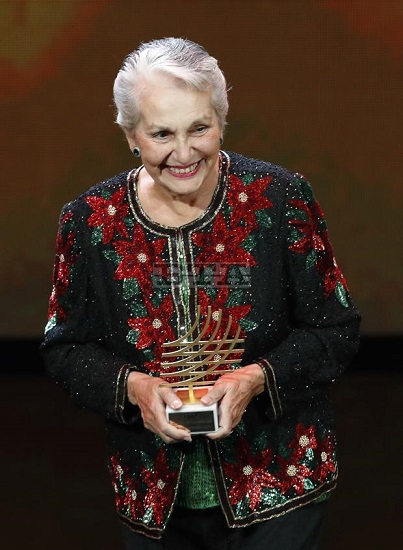