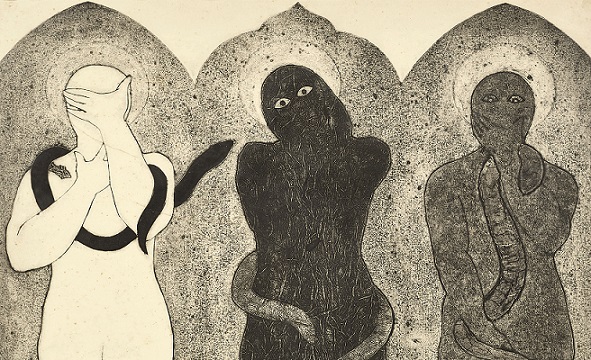 Description: Cuba immediately evokes rum and cigars, but the real wealth of Cuba lies in its culture, or rather, in its cultures: Spanish, French, American and of course Caribbean. The island has become a crossroads for literature, dance, music and cinema. The exhibition “Buena Vista, Contemporary Art in Cuba” presents the vitality of the visual arts since 1959.

With the revolution, culture, already very developed on the island, but reserved for a bourgeois elite, has experienced a fantastic democratization. Over 1000 kilometers between Havana in the west and the island’s second city, Santiago, art schools were created in the nine provinces, allowing children of mainly peasant origin, who would never have had the opportunity to open their horizons to music, painting, sculpture or dance, to learn these disciplines from the primary and secondary school cycles. This system also allowed these young artists, of course, to live in their village, until chosen in a final selection to enter the university of the ISA (Higher Institute of Art) of Havana.

We can better understand then—noting the importance that Cuba has given to art education—how a whole generation of remarkable artists has emerged. Until recently, artists dealt with very specific aspects of Cuba. Starting from the insularity of the boats, sails and oars of Kcho’s work, to religion—Santería and other African-based religions alive in Cuba—which feed the work of Mendive and, in another form, that of Belkis Ayón. The politics and the historical events of the island inspire the sharp wit of artists like Toirac, René Francisco, or Tamayo, in some of their works as well as the affirmation of blackness, in the paintings of Diago and Esquivel.

Through all these works, we are [unmistakably] in Cuba and nowhere else.

For a decade, art has become universal in Cuba, as we will discover recent works by artists such as Campins, Yaque, or Humberto Díaz, who ponder the implementation of the principle of responsibility of the international community, and the advent of a world of ecological, political, economic and social interdependencies.

This exhibition of the works of eighteen Cuban artists offers a panorama of creativity in Cuba.

[Translated from the French by Ivette Romero. For original article, see http://www.fondation-clement.org/Decouvrir-les-expositions/Buena-Vista-art-contemporain-a-Cuba-Exposition-collective.]