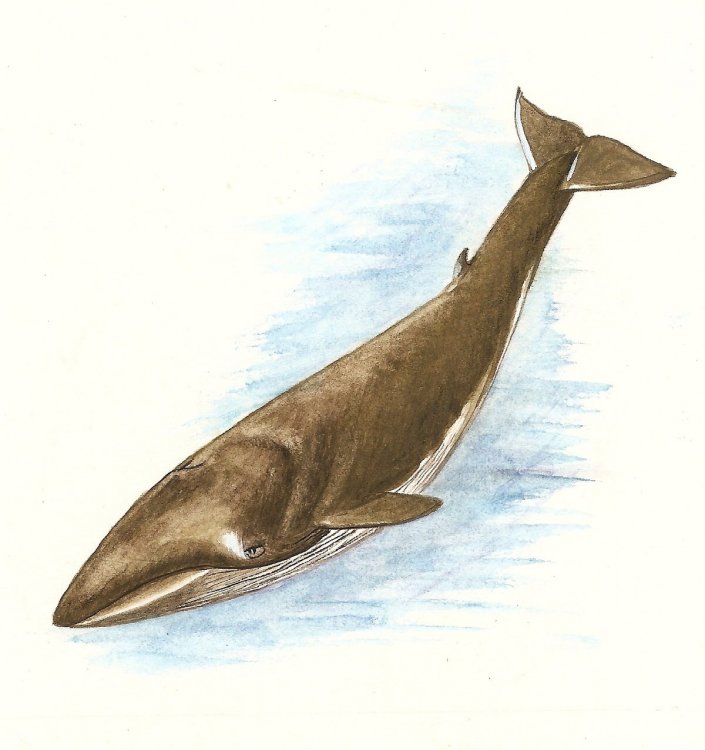 A report by Ben Anson for Caribbean News Now.

The Caribbean coast of Honduras has over the last few years become a refuge for whales. Just within the past week a gigantic fin whale (Balaenoptera physalus) was sighted basking in the glorious Bay of Tela.

This has been news, which has much excited local marine biologists, media crews and Hondurans as a whole. The whale was promptly christened as ‘Gran Berta’.

The remote Caribbean town’s marine research organisation ‘Tela Marine Centre’ has stated that, over the last few years, various specimens have made the 85,000 hectares of Caribbean coast their refuge here in Honduras. This latest visitor, ‘Berta’, exceeds 21 metres in length. She has been seen on various occasions basking quite peacefully in the large bay.

Max Bodmer, an English marine biologist hailing from Oxford University, spoke as director of the Tela Marine Centre. He and his colleagues are busy advocating a need to invest in the preservation of Tela’s bay. A bay that does in fact contain pristine coral reefs – unique to Mesoamerica.

“Such an unusual sighting indicates that apart from having such healthy reefs, the Bay of Tela is also a safe and important refuge for charismatic megafauna in danger of extinction,” Bodmer said in a statement to one of the leading newspapers in Honduras, ‘La Prensa’.

Berta, who has been studied from a distance using drones, weighs what is estimated to be the equivalent of 83 taxicabs. Around 120 tons, according to experts. She is also estimated  to be between 40 to 60 years of age and could quite easily exceed 100 years in her lifetime if she does not fall prey to any attacks or ailments.

A Frenchman, Quentin Caussin, one of the dive instructors at Tela Marine, also spoke with Honduran media. He made clear how impressed he is with the marine life found in Honduran waters – particularly the bay.

“In the short time that I have lived in Tela, the bay has gifted me with a lot. I have seen many beautiful things. Dolphins, manatees, crocodiles, sharks, splendid reefs, spectacular mangroves, monkeys, turtles, turtles laying eggs and turtles being born on the beaches, a huge array of birds yet never did I imagine that I would see a fin whale. Tela is incredibly special.”

It is not certain why this whale made her way into the bay nor why she has made an extended stay. On speaking with a local fisherman, ‘Osman’, I was told a number of things. He mentioned how local fisherman are in fact not as excited as others by the whale for they fear that she will consume a colossal amount of fish within the bay. This being quite a knock to their livelihood.

However, he clarified for me that there are plenty of fish within the bay and that, if marine biologists did not share the same fear, then there is nothing to worry about.

“They do not know if she came to the bay to give birth or just to rest,” he said.

Regardless of her intentions, this has been extremely exciting and indeed important news for Honduras. With such a sighting, a need to fund the preservation and protection of Honduran waters – in particular the Bay of Tela – is paramount at this time.

For those with a further interest in organisations such as the Tela Marine Centre, its website can be accessed here.

One thought on “Honduran waters receive a welcome guest”