A report by Mildred Europa Taylor for Face2Face Africa.

No woman has in the history of Haiti wielded so much power and influence over political affairs than Marie-Madeleine Lachenais.

Otherwise known as Joute Lachenais, this woman was seen as the “president of two presidents” as she was the mistress and political advisor of two solid Haitian leaders, and for a period of 36 years, she became the most politically powerful woman even before women were given more opportunities such as the right to vote in 1950.

Archae, the city which produced the Haitian flag, was the birthplace of this influential woman – the daughter of black woman Marie Thérèse Fabre and the French colonel de Lachenais.

At the age of 20, she married Marc Joseph Lefevre Laraque, a military commander in her hometown, and gave birth to a daughter, Marie Josephine Laraque, also known as Fine, who would, in later years, become as powerful as her mother.

According to accounts, Fine is the first published Haitian woman writer, whose letters to her husband are considered as Haiti’s first female writings to have been published in 1847 by her husband Pierre Faubert.

Few years after the birth of Fine, Lachenais lost her husband and would in no time begin a relationship with Anne Alexandra Sabes, known as Pétion in 1804, who would later become the elected president of southern Haiti in 1807.

Pétion, who was one of the first Haitian officers to revolt against France, is regarded as one of Haiti’s founding fathers, together with Toussaint Louverture, Jean-Jacques Dessalines, and his rival Henri Christophe. 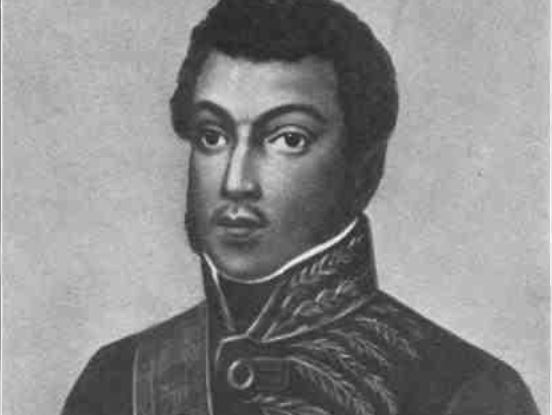 Following 13 years of military battle between the slaves and their French colonial masters, the slaves eventually gained their independence in 1804, making the nation of Haiti the first independent black republic in the West.

Jean Jacques Dessalines, a freed slave who declared Haiti independent, subsequently became the emperor but was assassinated in 1806 when war broke out between his generals.

A short civil war between Pétion and his rival Christophe divided Haiti with Christophe taking charge over the North, and Pétion leading the South.

Lachenais was right by Pétion during this period as his mistress and advisor and the two would give birth to their first daughter, Celie in 1805.

In 1818, the two had a second daughter, Hersille but Pétion did not live to see her as he passed away on March 29 that same year following what many historians feel was grief caused by the “infidelity of the only woman he ever loved.”

Lachenais was also a mistress of Jean-Pierre Boyer who Pétion chose with the support of Lachenais to be his successor before his death. 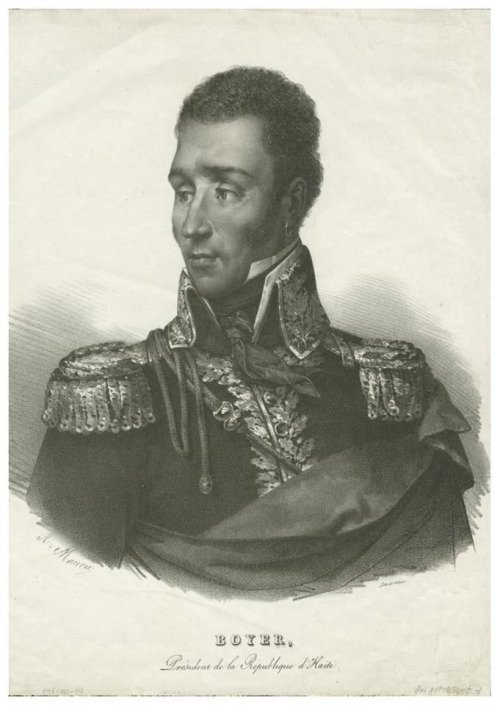 After the instalment of Boyer in 1818, Lachenais started a relationship with him while functioning as his political adviser as well and even had a daughter, Azema, with him.

Though having a concubine was allegedly more popular than marriage in those years, the affair between Boyer and Lachenais “weakened” Pétion, as “he could not resist the illness which overcame him on March 29, 1818, at the age of 48.

“His death caused an explosion of grief such as has never been witnessed in the history of Haitian leaders, for the people, and especially the peasants, adored him,” writes the Caribbean Quarterly.

Lachenais will continue to be behind the scenes, co-ruling a newly-united Haiti behind Boyer following the death of the rival leader, Christophe in 1820.

She impacted many acts passed in parliament between 1818 and 1840 and allegedly foiled a planned coup against Boyer.

In 1838, when Boyer had thoughts of stepping down from the presidency, her words persuaded him to rescind his decision.

After Boyer was ousted in February 1843, he and Lachenais went into exile in Kingston, Jamaica, where she died in July of that year.

As to whether she died as a mistress to Boyer or not is still being debated as some historians contend that Boyer married her shortly before her death while others state that he only had plans of marrying her before she passed away.

One thought on “Joute Lachenais, Haiti’s most influential woman and mistress of two presidents in the 1800s”