A report by Marc Ramírez for The Dallas News.

Mourners gathered under rain clouds Friday night just a block away from where Botham Shem Jean, a 26-year-old Saint Lucia native, was fatally shot the night before by a uniformed Dallas police officer who said she entered Jean’s apartment, mistaking it for her own.

Speakers at the gathering in the Cedars at Dallas police headquarters, led by Mothers Against Police Brutality, decried the shooting, which happened under circumstances that remained unclear late Friday.

Those gathered, some of whom came from as far away as Houston, held signs reading “Disarm off duty police,” “Life is not a white privilege” and “Where is justice when police kill us?”

They also honored the memory of Jean, who worked as a risk assurance associate at accounting firm PricewaterhouseCoopers.

“We’re here to lift up his memory,” said John Fullinwider, co-founder of Dallas’ Mothers Against Police Brutality, as the crowd of about 150 trickled in for the vigil. “We’re here for justice and to say this should be treated like any other murder.”

Police have said they intend to seek a charge of manslaughter against the officer, who has been placed on leave and has not been publicly named pending official charges.

Officer Amber Guyger has not been officially named in connection with the shooting, but a source within the Dallas Police Department has identified her. 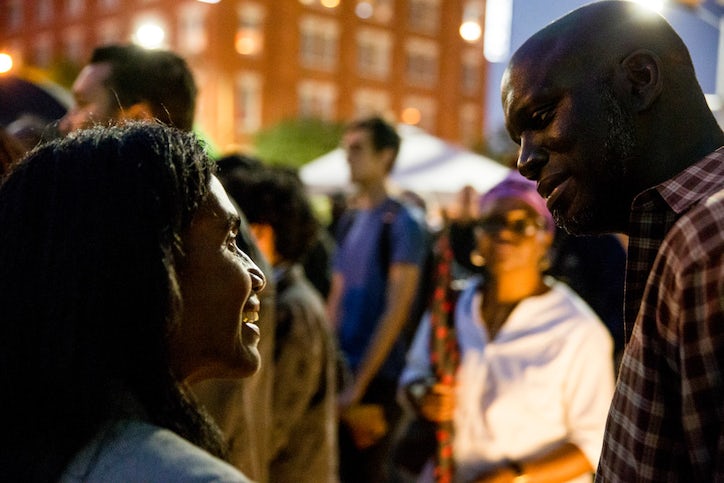 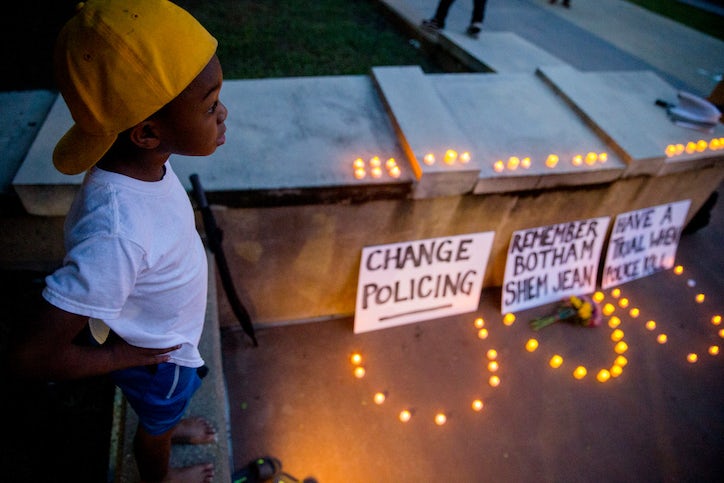 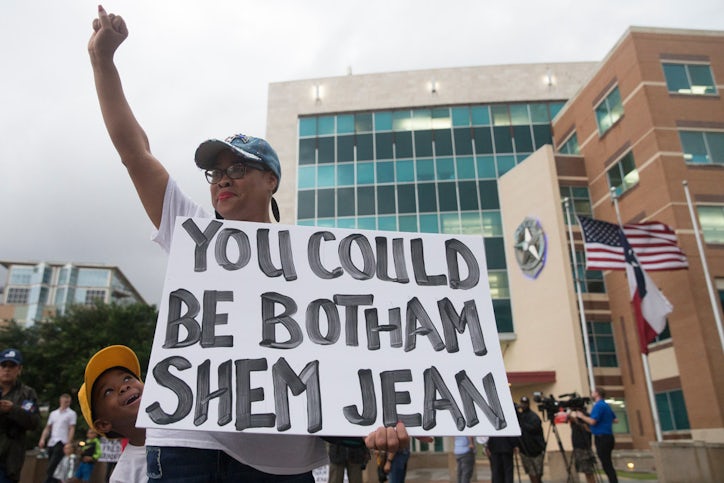 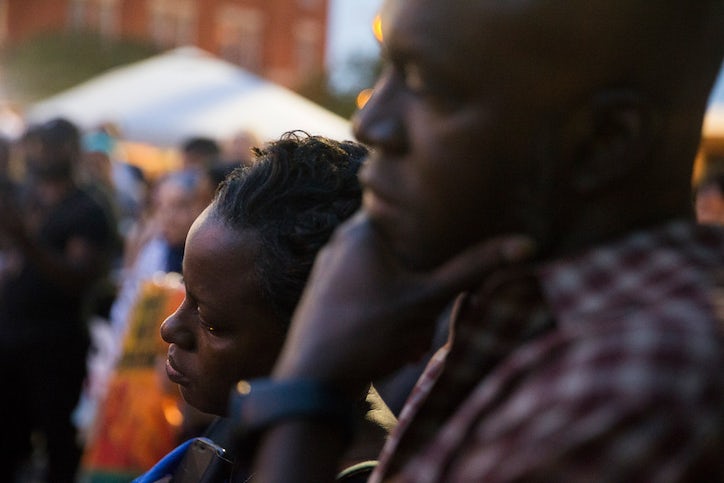 The mourners lamented not just the loss of a vibrant Harding University graduate known for his warmth and powerful church singing, but what they see as a systemic killing of black men, special treatment for an officer who had yet to be jailed late Friday and a shattering of the notion of home as one’s sanctuary.

“It is shameful that the places where we thought we could be safe have proved otherwise,” said Maria Yolisma Garcia of immigrant organization North Texas Dream Team.

North Texas Imam Omar Suleiman, a prominent Muslim community leader, said that while the circumstances of the shooting appear nonsensical, they are the result of a system that enables such incidents.

“We are here to express our outrage and demand accountability,” Suleiman said. “If this was not an officer, this person would be sitting in a jail cell tonight. It’s as simple as that.”

Rena Williams was among those who had come to pay their respects, having known Jean personally as a fellow member of Dallas West Church of Christ.

“He had a wonderful spirit, and we’ll miss him” Williams said.

In a lengthy interview with NBC News, Jean’s mother, Allison Jean, who according to the St. Lucia Times has served in roles as a government official in the island nation, said she’d thought it strange that her son hadn’t called her that night, as he usually did.

“It just still feels like a nightmare,” she said. “I wish I would wake up and find that it wasn’t true.”

After excelling in high school, she said, her son left the island about seven years ago to study accounting and management information systems at Harding University before he was offered the job in Dallas.

During their frequent phone calls, she told NBC, Botham called her “GG” — short for Governor-General, the term for the island’s vice-regal representative. The last time they spoke, on Wednesday, they talked about politics, work and church, she said.

The New York Times reported that Jean’s uncle, Earl Jean, who played professional soccer in Europe and on the island’s national team, wrote on Facebook that he always “wanted to be there” for Jean and that it was “the worst day” of his life.

Meanwhile, neighbor Alyssa Kinsey told The Dallas Morning Newsthat she met Jean in April just after she moved into the apartment building. He even helped her move in some of her new furniture, and her family and friends were glad, she said, that she lived next door to a man she could trust if she ever needed help.

The hourlong vigil came to a close as another round of rain fell. The crowd huddled under umbrellas for a final prayer, sympathizing with the mother who was on her way to Dallas to retrieve her dead son.

In her interview with NBC, Allison Jean said the circumstances of her son’s shooting, as she understands them, don’t seem to make sense, she said — but she’s not ready to judge the officer.

Her son, she said, “was in no wrong place at any wrong time. He was in his sanctuary, in the place where he called home. He didn’t deserve this.”