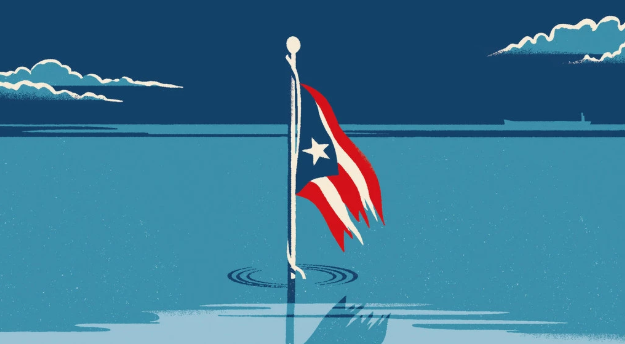 That should prod the federal government and the American people to finally provide the attention and resources that this ravaged American territory still sorely needs. Alas, that was not President Trump’s response to the latest and most authoritative analysis of the devastation wreaked by the great storm.

On Wednesday, the president smugly declared that “we did a fantastic job,” and he expounded on geography and pre-hurricane problems with the electrical grid as reasons for the level of destruction, just as he did in the immediate aftermath of Hurricanes Maria and Irma. Ten months ago, he contrasted the then-modest estimate of the death toll in Puerto Rico with that of Hurricane Katrina in 2005, which he called a “real catastrophe.”

No hint of horror at the scale of suffering. No sign of recognition that fellow Americans had gone through one of our era’s most wrenching disasters. No words of sympathy. No promises that his government would be better prepared next time.

The president appears unaware that the Federal Emergency Management Agency acknowledged in an after-action report in July that its response to Hurricane Maria had been chaotic and tragically inadequate. The governor of Puerto Rico, Mr. Trump blithely avowed on Wednesday, was “happy with the job we’ve done.”

True, Gov. Ricardo Rosselló, whose administration has been blamed for lack of preparation for a storm of this magnitude, has not been critical of Mr. Trump, but on Tuesday the governor acknowledged that he had made mistakes and said “everybody’s going to be held accountable and everybody’s going to be expected to make changes.”

The mayor of San Juan, Carmen Yulín Cruz, who has been scathing about the president’s attitude, minced no words: “President Trump continues to demonstrate his inability to understand what his job in this crisis was all about: This was never about him, this was never about politics, this was about saving lives.”

It was also not about specific numbers, she said. The earlier official figure of 64 was based on local mortuary tallies of deaths directly related to injuries from the winds, and two earlier analyses of increases in island mortality in the months following the hurricane — one by The Times and another largely by researchers from Harvard — had already placed the toll in the thousands and established Hurricane Maria as one of the most destructive natural disasters in recent American history.

The analysis announced Tuesday, prepared at the request of the Puerto Rican government by George Washington University’s Milken Institute School of Public Health, was likewise based on excess deaths over six months. The figure of 2,975, despite the seeming precision, was in fact an estimate, though arguably the most authoritative to date.

The very fact that it has taken a year to update the official death toll, and that it can only be estimated, was in itself a reflection of the ferocity of the storm, the collapse of normal systems, the mass confusion and the failures at all levels of government. People vanished in floods and mudslides; they died waiting for medical assistance that never came; they died for lack of basic services (full power was restored only last month); they died over weeks and months; tens of thousands fled to the mainland. Not surprisingly, the poor fared the worst.

The obvious conclusion from the revised death toll is that local and federal authorities must be far better prepared when the next storm strikes Puerto Rico. It is also essential for Americans on the mainland to appreciate that their fellow Americans in the Caribbean have suffered a life-altering catastrophe greater than Hurricanes Katrina or Harvey and require the same outpouring of help and sympathy as New Orleans or Houston. This is a time to open hearts and wallets; self-congratulation is utterly out of place.