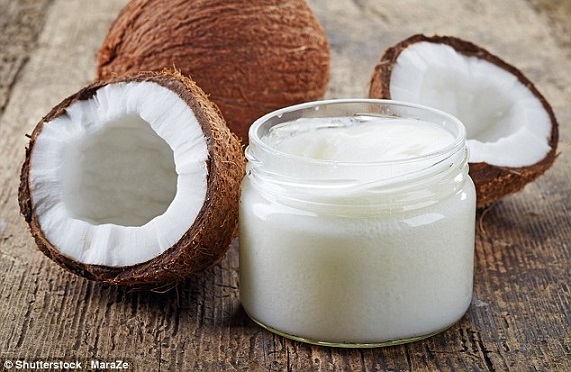 [Many thanks to Vladimir Lucien for sharing this article.] Although not about the Caribbean, I think this article is important to many of us who follow the popular wisdom of our respective islands/countries and incorporate coconut oil into our dietary and beauty regimes. The full title of the Daily Mail article is “’Apologise, or you’ll send Harvard into disrepute’: Leading cardiologist slams professor who claimed coconut oil is POISON as talking ‘unscientific nonsense.’” Here are excerpts:

A Harvard professor who claimed coconut oil is poison has today been slammed as talking ‘unscientific nonsense’ by a furious cardiologist. Professor Karin Michels, who also heads the tumour research center at the University of Freiburg in Germany, made the controversial statement last month. She described the oil as ‘one of the worst foods you can eat’ – and said even lard is healthier, despite being abundant in saturated fat. But Dr Aseem Malhotra, an avid supporter of saturated fats and founder of the campaign group Action on Sugar, said her comments were bringing the prestigious Harvard University into ‘disrepute’. [. . .]

Dr Malhotra said: ‘Last week, Professor Karen Michels of Harvard made international headlines with a claim that coconut oil is pure poison. ‘Having reviewed the totality of the evidence, I can tell you categorically that this claim is entirely false… I would say it’s unscientific nonsense. I call on Professor Michels, as a matter of urgency, to publicly retract her comments and make an apology.’ [. . .]

[. . .] Dr Malhotra pointed to Cambridge University research earlier this year that delved into the effects of extra virgin coconut oil on cholesterol levels. Professor Kay-Tee Khaw and colleagues compared its effects with olive oil on 94 participants, for the study published in the British Medical Journal Open. They were split into three groups and every day for four weeks ate 50g of coconut oil, 50g of olive oil – proven to lower LDL cholesterol – or 50g of butter. This much coconut oil contains around 40g saturated fat, twice the recommended daily amount for women, according to Public Health England. The group who ate butter saw their LDL cholesterol levels rise by around 10 per cent. But no such rises were shown for the coconut oil or olive oil groups. Even more surprisingly, while butter and olive oil both raised HDL cholesterol by 5 per cent, coconut oil raised it by a staggering 15 per cent. [. . .]

Dr Malhotra’s claims about coconut oil have been backed by fellow cardiologist Professor Luis Correia, of Bahiana School of Medicine and Public Health in Brazil. Professor Correia, director of Bahiana’s Centre of Evidence Based Medicine, said: ‘I found the recent uproar about coconut oil totally incomprehensible.’ He pointed to the same Cambridge University trial and argued that there is ‘no high quality’ evidence suggested that saturated fat can lead to heart disease. He added: ‘What is the basis to call coconut oil poison? This claim is not evidence based and should be completely disregarded.’

Raquel Britzke, a registered dietitian who runs a clinic on Harley Street in London, agreed with Dr Malhotra’s stance. She said: ‘Coconut oil is not a miracle food but it most certainly is not poison and can be enjoyed as part of a healthy diet.’ And Sarah Ann Macklin, a registered nutritionist who also works on Harley Street, shared a similar view. She added: ‘A natural product, such as coconut oil, to be branded “pure poison”, to me, is absurd. Evidence has shown saturated fats to not be the enemy for heart disease, with fats needed for our bodies to thrive and live. The evidence suggests, if anything, coconut oil tends to improve cholesterol profile, not make it worse.’ [. . .]

[Photo above from Shutterstock, accessed via http://www.dailymail.co.uk/health/article-6115099/Leading-cardiologist-slams-professor-claimed-coconut-oil-POISON.html.]