Gemma Handy, reporting for the BBC, travels to Kalinago Territory to meet some of the Eastern Caribbean’s last indigenous people. 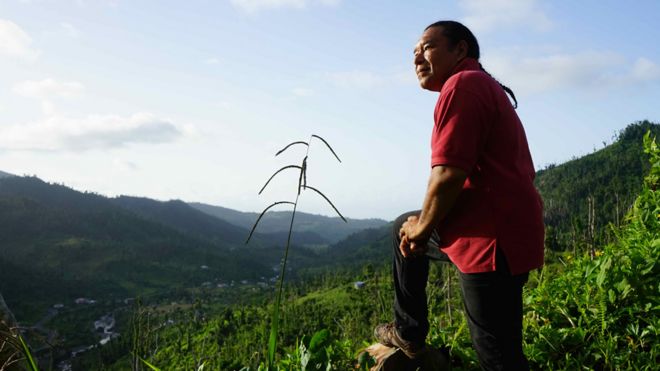 Dominica’s mountainous terrain helped provide hiding places for Kalinago people from brutal early colonists. Today the island is home to the largest indigenous population in the East Caribbean. Former Kalinago Chief Irvince Nanichi Auguiste is one of them. 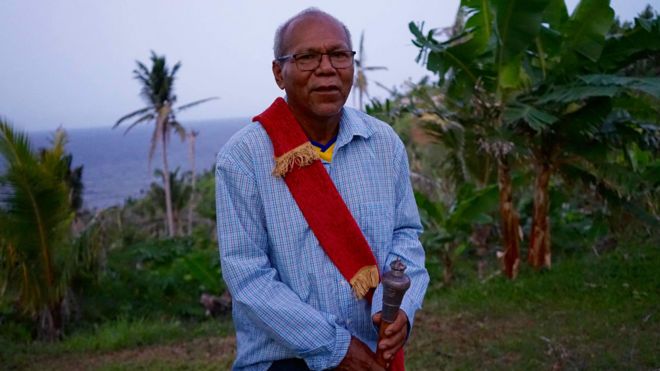 Dominica’s 3,000 Kalinago people elect a chief every five years to oversee good governance of the territory and represent them internationally. The territory was officially established by British colonial powers in 1903 and spans 3,700 acres. Charles Williams is the current chief. 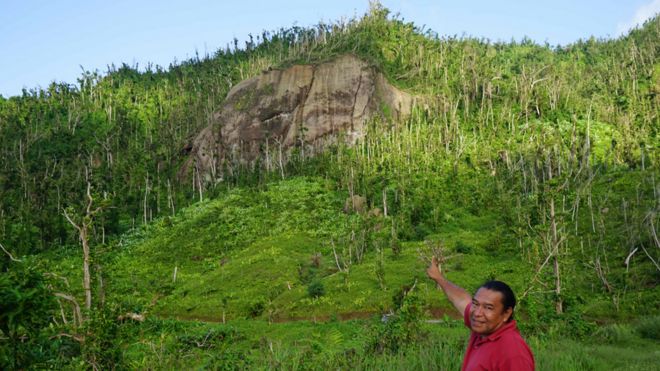 Legend has it that a Kalinago queen distraught at her people’s dwindling spirituality fled the territory on a white horse, smashing into this rock on her way. Mr Auguiste says White Horse Rock remains an important Amerindian site. Also known by the colonial moniker “Caribs”, Dominica’s Amerindian people have been officially referred to by their indigenous name, Kalinago, since 2015. 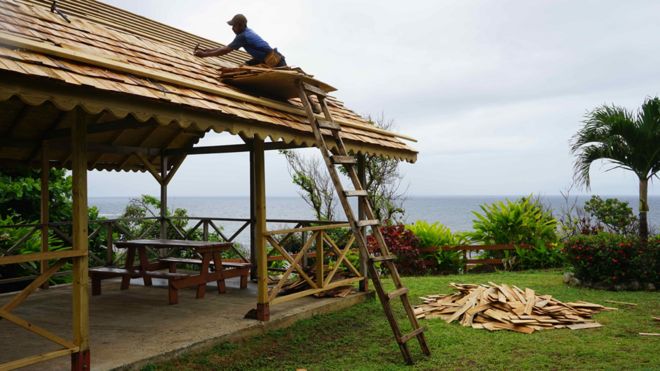 Traditional huts or “ajoupas” were constructed from wood, leaves and rushes. Other shelters are made of wood. Here shingles are replaced on a roof damaged by last year’s Hurricane Maria at Barana Autê in Salybia, the largest of eight hamlets in Kalinago Territory. 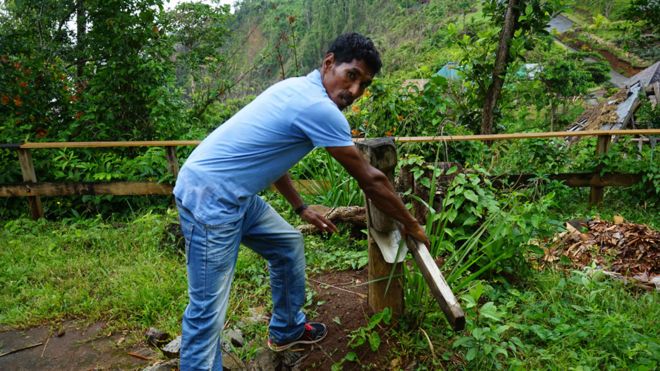 Justinian Nicholls demonstrates the use of a sugarcane juicer. Today, many Dominican Amerindians still drink “cocoa tea” made with sugarcane juice and cocoa or coconut. 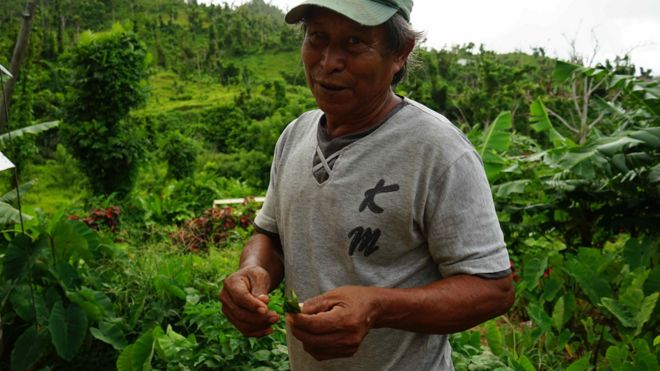 Matthew Lucien grows patchouli in his Touna Village garden to make tea. Patchouli is said to alleviate everything from digestive problems to muscle aches and is just one of many herbs used in Kalinago bush medicine. 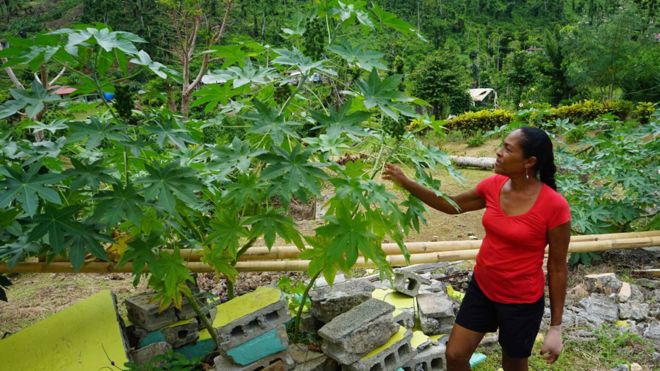 Louisette Auguiste collects castor oil seeds to make oil to sell. In the past, Amerindians used the oil for medicinal purposes such as to soothe headaches. Today, it is still widely used in homemade skin and hair treatments. 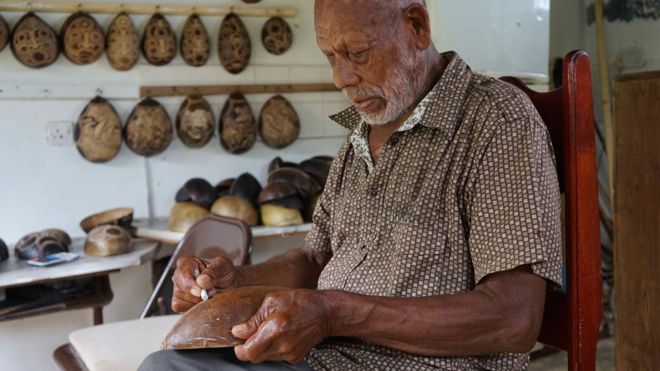 Dried calabash gourds are used to make everything from face masks to cups and bowls. Artist Faustulus Frederick uses simple tools of chalk and ice picks to engrave them with Kalinago symbols. 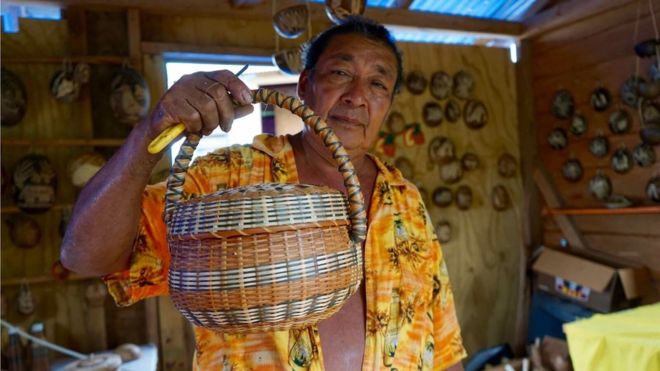 Weaving techniques, used to make baskets, mats, hats and bottles, have been passed down through generations of Kalinago people. The intricate work means it can take an entire day to complete a basket, Willard Bruney says, adding: “I learned from my father, who learned from his father. It’s important to keep our culture alive.”

One thought on “Dominica’s Kalinago fight to preserve their identity”