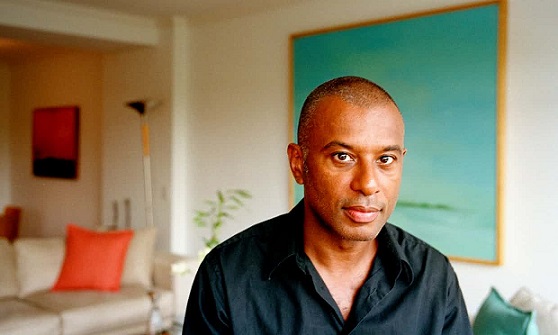 [Many thanks to Vladimir Lucien for bringing this item to our attention.] In her review of A View of the Empire at Sunset, Miranda Seymour writes that Caryl Phillips’s novelization of the life of Dominican-born author Jean Rhys is “sprinkled with brilliance.” Here are excerpts from The Guardian:

Born in Dominica in 1890, Jean Rhys drew on memories of her distant childhood for Wide Sargasso Sea, her masterly “prequel” to Jane Eyre published in 1967. Back in 1936, Rhys and her second husband had revisited the island of her birth. It is here, watching “the full glory of the sun rising over her now empty world”, that Caryl Phillips ends his sporadically brilliant fictionalised life of Gwen Williams (Jean Rhys’s real name), the Welsh doctor’s daughter whose piercing consciousness of an English world – ie excluding and judgmental – mirrors the experiences described by Phillips in his own work.

Colour stamped St Kitts-born Phillips as a stranger in the Leeds school where his was the only black face. For Gwen, a bookish, provocative and colour-conscious teenager when her family dispatched her to school in England, the shock of exclusion came later. Aged 18, she learned that the Caribbean lilt in her voice had ruined her hopes of becoming a serious actress. Instead, she turned to vaudeville.

In 2005, Phillips artfully evoked Bahamian-born Bert Williams’s American stage career in his novel Dancing in the Dark. Here, he writes with engaging verve about Gwen’s innocent life as a timid chorus girl in rep. [. . .]

[. . .] Dominica is where Phillips begins his novel, creating a vivid image of “the Williams girl” as a naughty, watchful child hiding in the heavy foliage of a mango tree. In his last 50 pages, she returns to the island with Tilden-Smith, only to find herself once again perceived as an outsider. The ferocious bewilderment she feels is captured with a precision increasingly denied to Gwen herself. (At one point, drunk and furious, she hurls an empty bottle of rum, missing her husband’s bowed head by undeliberate inches.)

Phillips ends a well-intended but mildly unsatisfactory novel by imagining a penitent Gwen weeding her Welsh father’s neglected grave – while proudly rejecting assistance from a well-meaning Negro. (Phillips uses the word “Negro” to define Dominica’s indigenous population throughout his text.) Finally (as a launch bears the visitor away from an alien and unwelcoming Dominica), Phillips tells us that Jean Rhys – a novelist whose work is known to be ferociously unsentimental – “broke off a piece of her heart and gently dropped it into the blue water”.