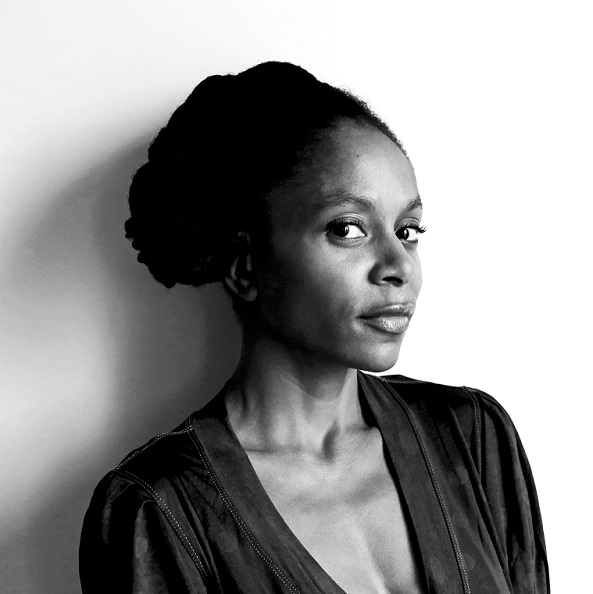 Here is a call for papers for a multivolume anthology entitled Fabienne Kanor in Transgression: Documenting, Performing, Writing, and Filming the Insufferable, edited by Gladys M. Francis (gfrancis5@gsu.edu). This multivolume anthology project centers on Fabienne Kanor’s performance, literary, filmic and journalistic works through critical examinations of their embedded transgressive aesthetic. The deadline for submissions is September 15, 2018. [Many thanks to Peter Jordens for bringing this item to our attention.]

Description: This timely contribution is the first anthology focused on the body of work of award-winning author, filmmaker, and journalist Fabienne Kanor. It tackles the transgressive aesthetics that inform/arise from her filmic, literary, performance, and journalistic engagements. The multivolume anthology will foster a reading together of the literary, visual, and performing arts to arrive at a transregional, trans-genre, and transdisciplinary conversation in Africana studies writ large.

Kanor’s body of work puts in place a complex connectedness and fragmentation of bodies that often tell, perform, and suffer repulsive, offensive and detestable behaviors. These experiences (of trauma, displacement, resistance, citizenship, de-civilization, healing, desire, gender, or sexual identity) go against bodily decorum and make tangible an epistemology that upholds a sense of collective identity and memory. Through her transgressive representations of propriety, consumption, and commodification, Kanor’s artistic works prevent the audience from looking away and establish an engaged witnessing and agency.

Through multisensorial imagery (auditory, olfactory, gustatory, kinesthetic and tactile) Kanor emphasizes the transgressional manifestation of her protagonists/subjects; bringing the audience closer to her protagonists/subjects’ body revealed through its many smells, touches, densities, and forms. The artist rejects processes of beautification and does not follow classic ideals of representational ideologies concerning women, the Caribbean, or blackness (among others). She creates ambivalent paradigms of being instead of a set of normalizing principles through subjects bending the framework of canonical entelechy. Kanor’s works also take on the imperialist discourse of slavery and shift the national archives’ value, as illustrated in Humus (2006), where [the author] complicates the context of the archive and changes its significance and meaning, by reinterpreting the enduring archive from a March 23, 1774 captain’s report focused on justifying the loss of a valuable cargo of fourteen unnamed African women (who escaped from his ship’s hold to jump overboard) to reinvesting them with embodied experiences, identities, and voices as she narrates their own stories. In her artistic productions, Kanor unremittingly struggles both with how to give voice to these voiceless, insufferable, and unwatchable black experiences, and how to shoulder their legacy.

As she traces what Francophone studies scholar Françoise Lionnet calls “Geographies of Pain” (1997), Kanor also performs a physical and transatlantic maroonage/passage into the spaces that witnessed the slave trade or the places that continue to reveal the brutalizing and dehumanizing effects of slavery on the inheritors across race, gender and class (Aimé Césaire, Discourse on Colonialism, 1950). Echoing Edouard Glissant, Kanor sees in places of confinement (whether geographical, psychological, emotional, or social) a space that holds embodied “fermentation, transformation, Creolization, dilution and exchange” (Francis, “Entretien avec Fabienne Kanor, ‘l’Ante-llaise par excellence,’” 2016). Kanor’s creative process is embodied through movement, development, and transformation or what Caribbean scholar, Dominique Aurélia theorized as a “poétique du chancellement” (2016). From Nantes to Saint-Louis Senegal, Martinique to Cameroon, Guadeloupe to Louisiana, or Haiti to Nigeria (to name but a few), Kanor’s cartography of creation marks her own acts of resistance as she refuses to lose sight of her own humanity. Her filmic, literary and performance outsets remain rooted in embodied “désontologue et réontologique” experiences (Anny Dominique Curtius, 2000).

This multivolume anthology exposes the multi-modal art forms, practices, and aesthetics found in Kanor’s works – inclusive of rituals, text-based works, visual art, sound art, and performance art. It uncovers her trans-genre texts as hybrid makings also signifying the hybrid bodies they represent. Hence, issues of commodity, Creolization, trace, site, body, or landscape (to only name a few) will be analyzed through their porous (rather than impenetrable) boundaries between the literary, visual, and/or virtual. Contributions will offer new theoretical and critical examinations of Fabienne Kanor’s creative process: How can we investigate, theoretically or critically, Kanor’s transgressive aesthetics? In what ways her transgressive works challenge Western conventional perception of genres, the standardization of cultures and the material archive? How do Kanor’s works historicize agencies of resistance, test moral sensibilities, sabotage the voyeuristic gaze and sexualized pleasures? How do they stimulate a new methodology for reading the black body?