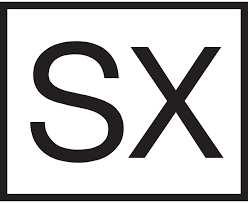 sx salon 28 is now available online. Please see their introduction and table of contents below.

Between mass media reports and social media reporting on the vulnerabilities and disasters of global proportions today, it is difficult to believe that literature, and literature about literature, still deserves our energy and attention. In the midst of the dire need for action that eases human suffering, one might ask, What is the point of reading speculative fiction? Or analyzing discourses of race and sexuality in the nineteenth century? This issue of sx salon does not set out to answer such questions—perhaps there are no definitive answers—but rather to offer evidence that this work exists, persists, and resists with an astonishing breadth and depth of imagination and analysis.

In this issue, we publish an extended reviews section. As such, we offer a snapshot of the myriad ways Caribbean communities have visioned, and continue reflecting on, ourselves and our worlds. From the ingenuity of fictive prose and the noteworthy efforts of—divides, to the histories of US military and financial “interventions” in the region, these reviews of recent publications span the efforts of writers and scholars to tell our stories, all our stories. Together, these reviews indicate that in tandem with the lightning responses and the repeated, retweeted headlines of the twenty-four-hour news cycle, there remains an insistent imagination of another possible world. These writers demand we ask how we can learn from our histories and how we might realize different futures.

Alongside these reviews, in this issue we publish original poetry from Jacqueline Bishop and Brandon O’Brien, as well as an innovative interview with the ever-interesting Shivanee Ramlochan (please see her recent series “Here for the Unicorn Blood” for another way literature simultaneously offers safe space and nurtures revolution in the face of perilous inequity). Across the reviews, poetry, and interview, there is evidence of Caribbean humor and love, of our anger and strife; above all, there is evidence that our current moment is, unfortunately, not new and has roots in the histories of unequal forces of power at work in the discourses of dehumanization that have worked to reinforce the unequal structures of global power. We continue to write, read, and review the Caribbean because our hope is that in these words also lies the roots of interrupting the repetition.

The Comet and the Crisis—Mary Grace Albanese
Peter James Hudson, Bankers and Empire: How Wall Street Colonized the Caribbean (University of Chicago Press, 2017)

A Memorable Menagerie: Anu Lakhan (sort of) in Conversation with Shivanee Ramlochan