A report by Michel Martin and Elizabeth Baker for NPR.

Early on Saturday morning, business at Laura Om’s salon on Calle Loiza in San Juan, Puerto Rico is booming. Hurricane Maria, in a roundabout way, has something to do with that. 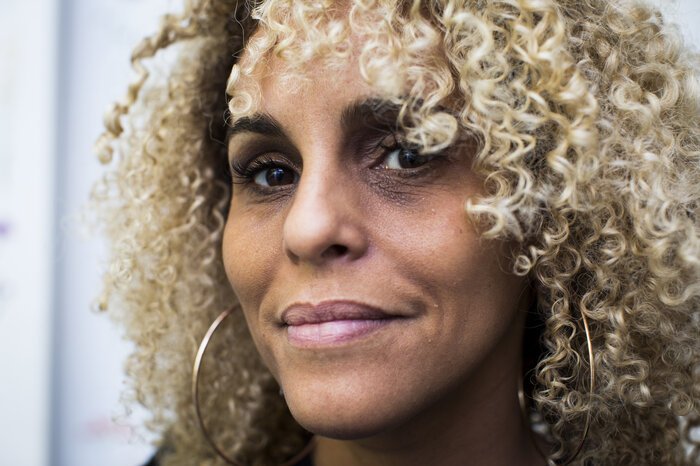 Ahniella Gomez, 44, with her finished hair cut at OM Studio. She left her hair natural 30 years ago. According Laura Om, owner of the salon, more people have decided to keep their hair natural after Hurricane Maria.

Eight months after the hurricane, it appears that Hurricane Maria — and the subsequent power and water outages — created a new market for Om’s skills.

After the storm, many Puerto Ricans didn’t have electricity to blow dry their hair. According to Om, “A lot of people decided, I’m not gonna deal with that anymore.”

Many have embraced the change. 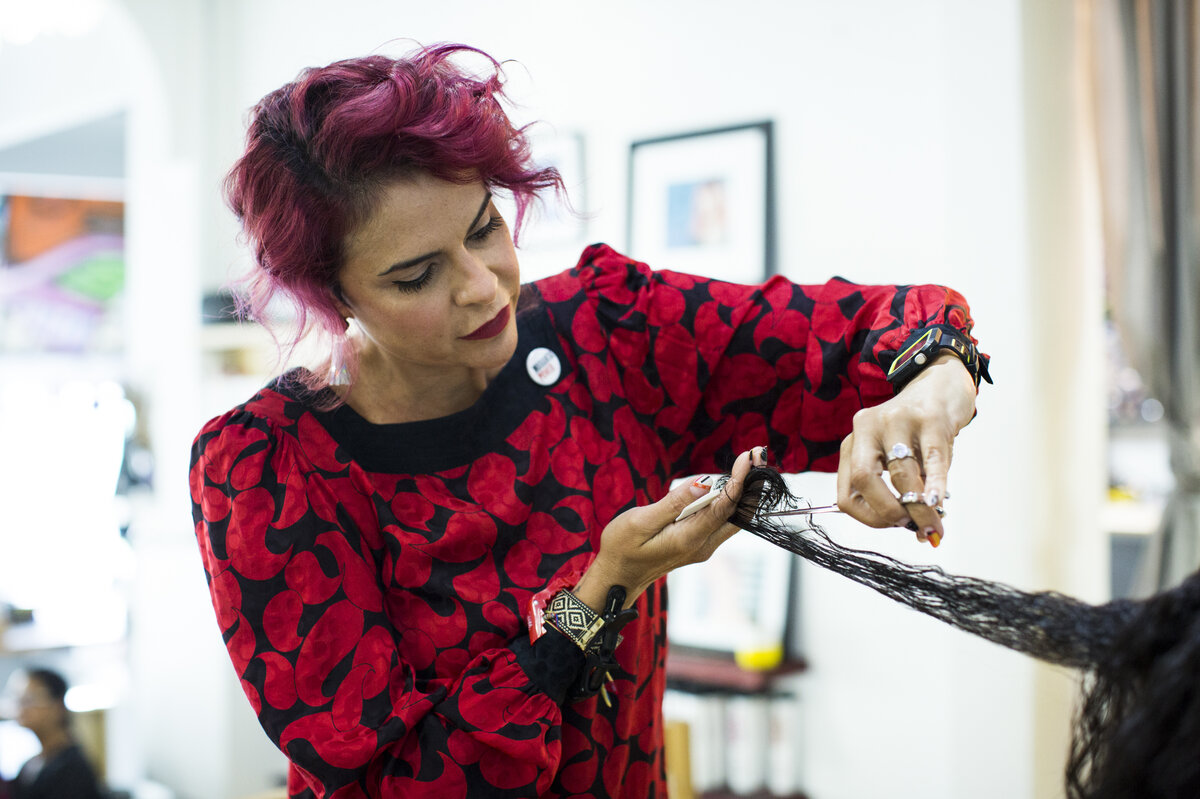 Laura Om cuts Arielys Vazquez’s hair at OM Studio in San Juan. Vazquez left her natural curls grow when she was in high school and comes from a family with strong Afro-Caribbean roots. In contrast to her mother, who grew up having her own mother covering her natural hair with wigs, she feels there is a change in the social norm of what’s correct and can now embrace her hair.

In the wake of Hurricane Maria, many business owners on the island had hard decisions to make. Could they afford to rebuild? And was it even worth it?

Three weeks after the storm, one of Om’s other businesses, a restaurant, flooded again with “agua negra” — dirty runoff and backed up sewage. She was unsure if the restaurant would survive. But she was determined not to lose her salon.

“Even if it has to be in the backyard,” she told NPR then. She knew that recovery would take time, but, she said, “I do a very specific work, and I want to influence Puerto Rican hair stylists.” 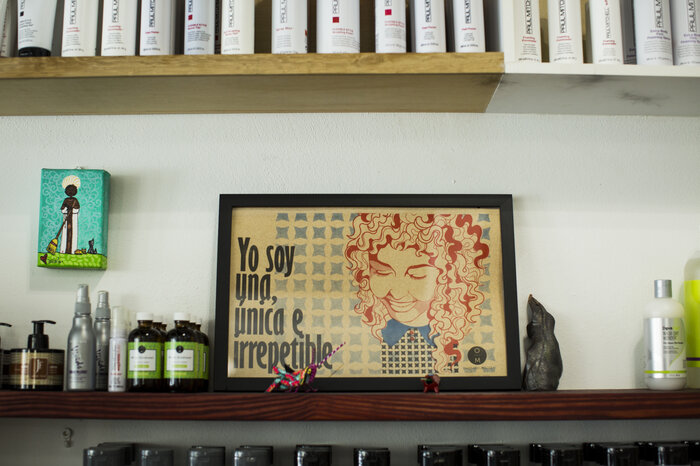 Art at OM Studio in San Juan. Om is excited that more people are embracing their natural hair. “I’m very happy that I can help young girls love themselves the way they are,” Om says. 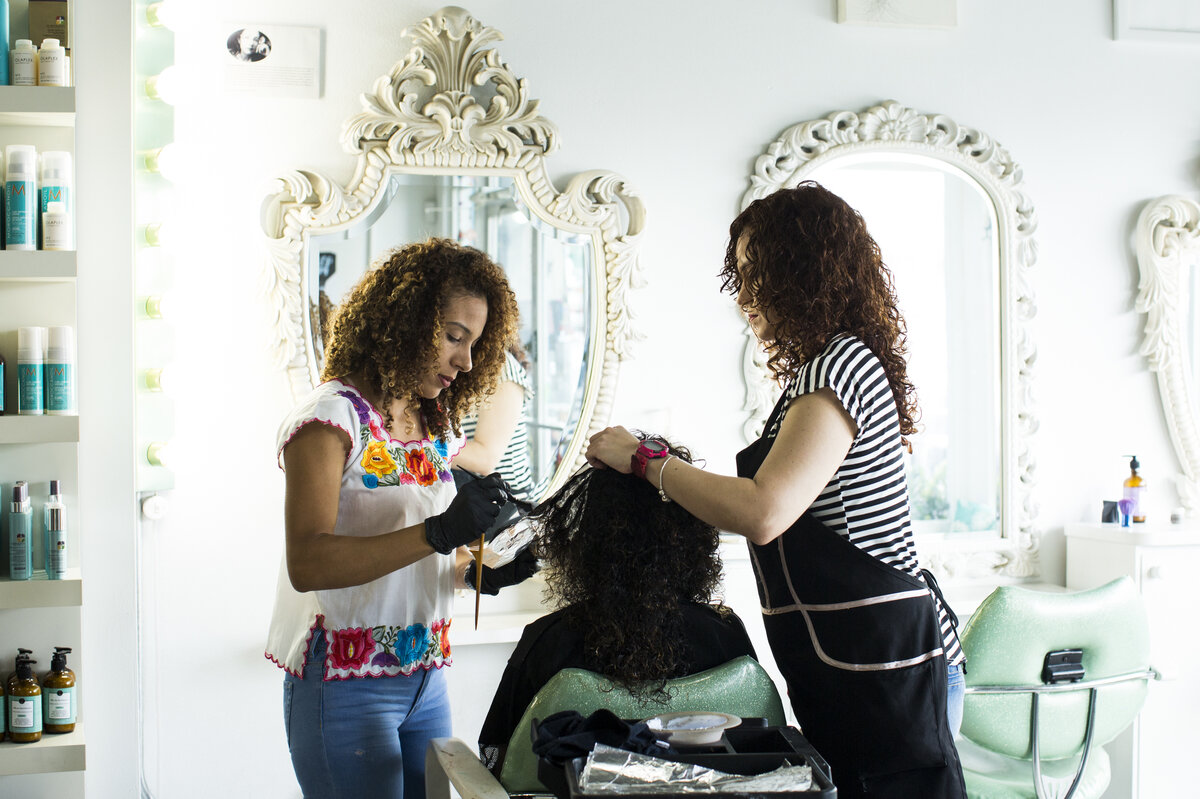 Gerlin Santos (left) and Cristina Gandia (right) dye Lisney Santiago’s hair at OM Studio in San Juan. Santiago left her curls flow three years ago and has given her confidence.

Today, Isis Berreal, 48, is happy with her “new” hairdo. She went curly after the hurricane — a big departure from her usual look.

Om says straightened hair is a cultural norm that has been reinforced on the island for a long time. Many of her customers had been getting their hair straightened since they were young girls. When they came to her salon after Hurricane Maria, Om says, they didn’t even know what their natural hair looked like. 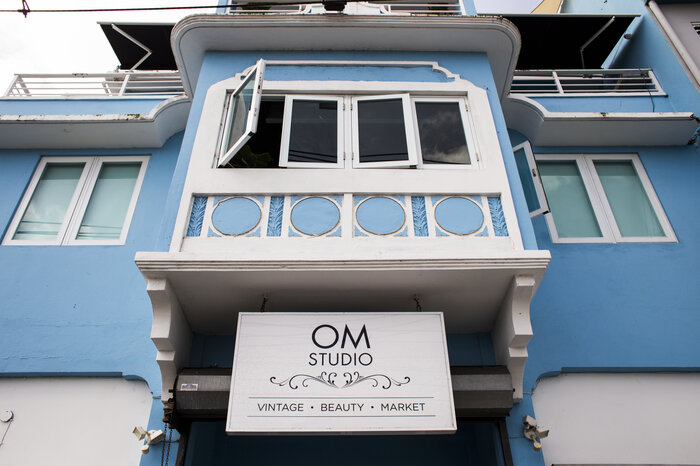 Laura Om’s salon specializes in curly, natural hair. Since the storm, Om says many people are wearing their hair natural because they couldn’t blow dry their hair straight when the electricity was out. “They didn’t even know what their natural hair looked like,” Om says. 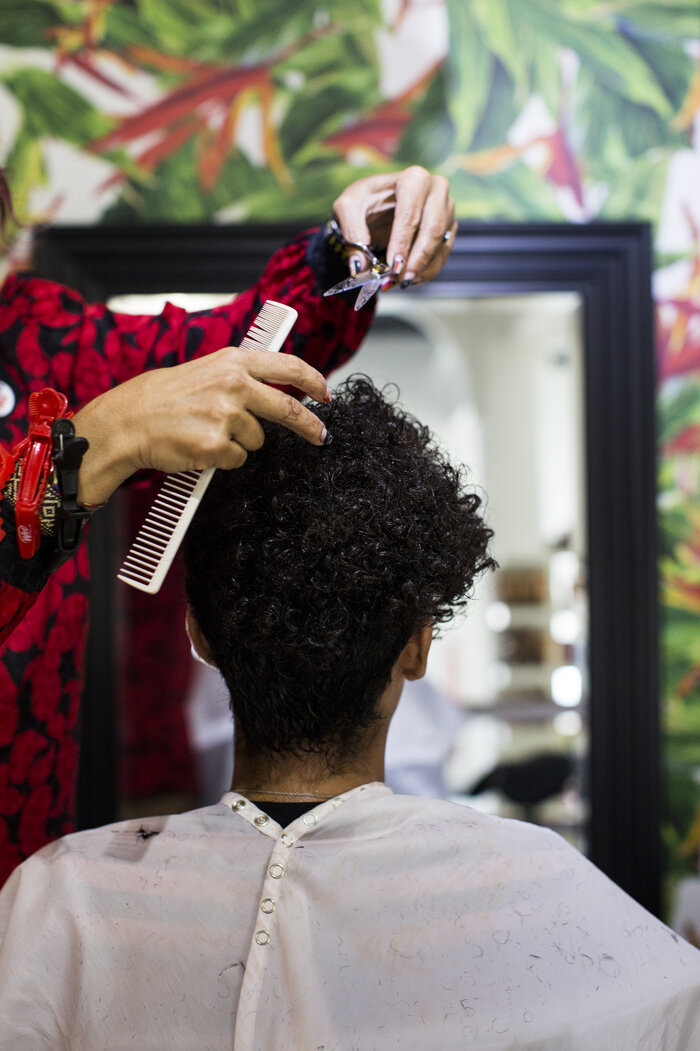 Many Latina and Caribbean women are made to believe from a young age that “if you don’t have straight hair, you’re not well put together,” Om says.

That view is starting to change.

“I’m very happy that I can help young girls love themselves the way they are and it’s not always easy,” Om says. “A lot of times it’s harder to wear your hair natural, but we help them get there. And we are mixed so we have to embrace that. We have to be happy with that.” 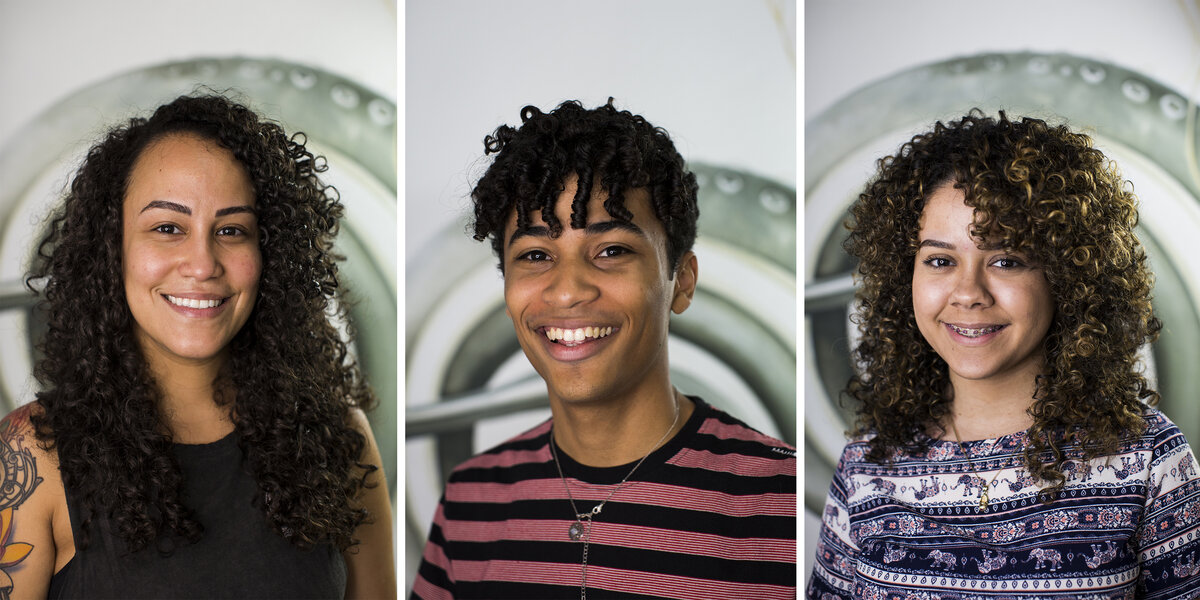 Sitting on a chair next to a wall of hair products, Oscar Seary watches sports on his phone while his wife gets her hair done.

Seary says that before the hurricane, she straightened her hair.

“She’s a businesswoman, so that’s the kind of style they use,” he says. “But she had curly hair when we met, so I’m glad she got her groove back!”