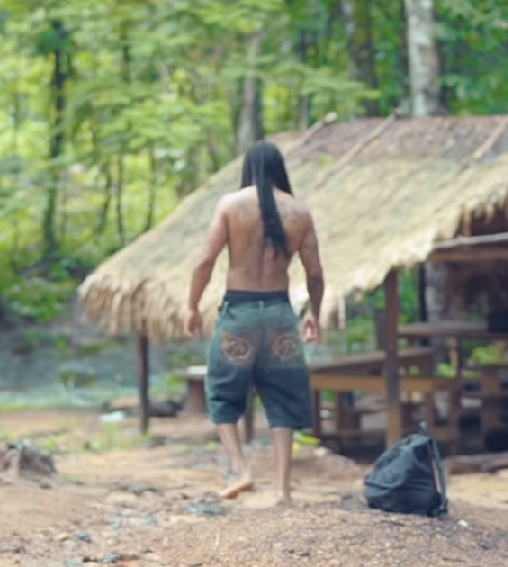 Guyanese singer Gayah shot the video for his new song “Ma lettre au monde” [My letter to the world] in Paris and in various regions of Guyana. It features beautiful shots of people and places in Guyana. According to SFR France-Guyane, this song is part of his album, Mo peyi, which will be released at the end of the year. Here are excerpts from an interview of the singer:

How did the filming go? Very well! This time it was not Shaquille Design, but rather Lyris Haye who shot it. One day was shot in France and May 8 and 10 in Guyana at Cayenne, Kourou, Macouria, Sinnamary, Iracoubo, Saint-Laurent du Maroni, and Apatou.

What can we expect from “Ma lettre au monde”? It is true to what I do; it’s a mix of variety, reggae and dancehall. In this title, the lyrics are mostly in French so that they may be understood in Europe. Beatmaker Y-note composed the music with an orchestra, but I also play a part on a grajé drum in the middle of the piece. With this song, I wanted to explain that, in my opinion, a Guyanese, whatever the age, may go to the metropolis, whether for music or sports, and sooner or later will return to the roots.

Why an EP on Guyana? Mo péyi, it’s a choice. [. . .] For me it is an important theme because I am Guyanese and proud of it. I was raised by people who are deeply rooted in the local culture; my grandmother and my father were the teachers. I love my country and I think we do not highlight it enough in songs.

[. . .] How is the third piece of the EP coming along? The third part, An nou boujé, has already been recorded. We’re working on the clip with Mayo de Kaw, who is featured. It should be out by the end of the year. It’s a dancehall and kaséko piece. It speaks of the different dances that there are in Guyana: traditional, zouk, ragga, dancehall, mazurka, etc.