A report from Forces.

Tuesday marks 73 years since victory was declared over Germany in Europe.

In Brixton, a commemorative ceremony was held to honour the African and Caribbean soldiers who fought in the Second World War.

Veterans and friends gathered beside the first memorial in Britain to commemorate them.

It is estimated that two million soldiers from Africa and the Caribbean fought in both world wars.

The day was held to celebrate victory and to reflect on the sacrifices made.

Neil Flanigan, is a World War Two Veteran and attended the event, he reflects on what it was like to survive the war.

“Britain was in tatters and the people of this nation do not know how harsh it was.

“We were on ration cards, we had no food, we had poor housing and no lights.

“There was no transportation, we didn’t have modern hospitals.” 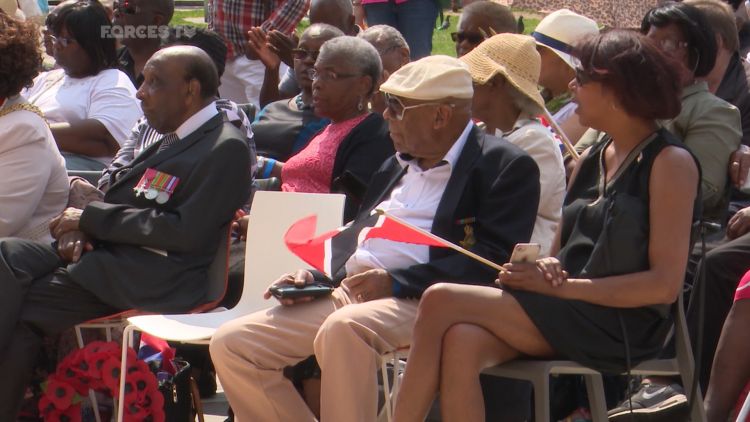 Others who were at the ceremony said it was important for the younger generations to understand the roles the African and Caribbean soldiers played in the wars.

The ceremony was particularly significant as the treatment of the Windrush generation continues to rock the government.

Owen Garriques is an RAF Veteran and says he is part of the Windrush generation and has been in the country for 58 years.

“It so happens that a lot of us went into the military and I was one, so we weren’t affected by the problem now.

“We came here with a British passport and when I joined the military, it didn’t affect me in any way – but it’s affected a lot of people, that’s why I’m here to support them.”

The ceremony also featured speeches from retired Caribbean nurses, as well as many other tributes by veterans and other speakers.