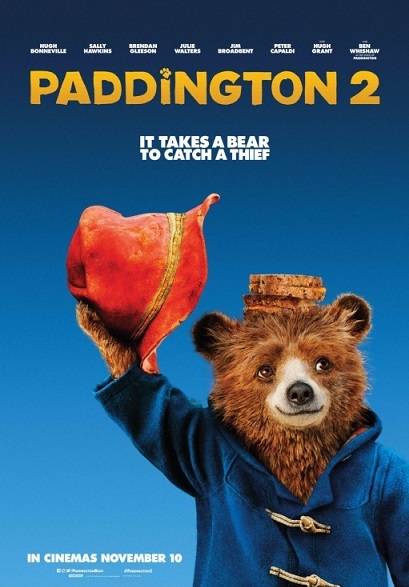 With the recent attention to problems being experienced by some Windrush-generation British residents, one is reminded of the Windrush-era calypso music that has been included in the highly popular British family films Paddington (2014) and Paddington 2 (2017) to help recreate the atmosphere of Britain in the late 1950s. That’s when Michael Bond’s wrote the children’s book A Bear Called Paddington on which the two movies are based. As reported earlier, the first Paddington movie included four calypso songs performed by D Lime with Tobago Crusoe.

The sequel, Paddington 2, includes three calypso songs, again performed live in the movie by Tobago and D Lime. The songs are: ‘Rub and Scrub’, ‘Love Thy Neighbour’, and ‘Jump in the Line’. The last two songs are calypso classics. ‘Jump in the Line’, a.k.a. ‘Shake, Señora’, was composed by Lord Kitchener (Aldwin Roberts, 1922-2000) and won the 1946 Trinidad Carnival Road March. It has been covered by various artists including Harry Belafonte in 1961. ‘Love Thy Neighbour’ was written by Roaring Lion (Rafael de Leon, 1908-1999) in 1941. It was later adapted and used as the main soundtrack and theme song in one of Britain’s most popular TV sitcoms, called “Love Thy Neighbour” (ITV Network, 1972-1976).