A report by Kimiko de Freytas-Tamura for the New York Times.

Renford McIntyre was just a child when he left Jamaica to join his parents in Britain.

He spent the next 50 years here, working various jobs and paying taxes. Like tens of thousands of people from families encouraged to come from British colonies in the Caribbean to help rebuild postwar Britain, he had always assumed that he was a full-fledged British citizen.

Until, that is, the government decided he wasn’t. At the age of 60, he was declared an illegal immigrant. He lost his job. He could no longer apply for benefits. He became homeless.

The issue has simmered in Britain since Theresa May was home secretary and set out to create a “really hostile environment” for illegal immigrants, imposing tough new requirements in 2012 for people to prove their legal status. But that was not easy for thousands of people like Mr. McIntyre, many of whom did not have British documents and whose parents came to Britain before the Caribbean colonies gained independence.

Just this month, as leaders of former British colonies gathered in London for a Commonwealth meeting, Mrs. May, now prime minister, found herself forced to apologize for the harsh treatment many Caribbean immigrants were experiencing and pledged to grant citizenship to all those caught up in the bureaucratic tangle.

“We are genuinely sorry,” she said.

Friction within the Commonwealth was not what Mrs. May needed. Britain is already at odds with its neighbors as its leaders struggle through the difficult negotiations over leaving the European Union.

Great strides have been made to improve race relations in Britain. The engagement last year of Prince Harry, the sixth in line to the throne, to Meghan Markle, a biracial American actress, was seen by many as a watershed.

But Britons of Caribbean descent say the immigration fiasco reveals far more than bureaucratic fumbling, exposing a willful ignorance of Britain’s colonial past and its rich black history, which goes back many centuries. 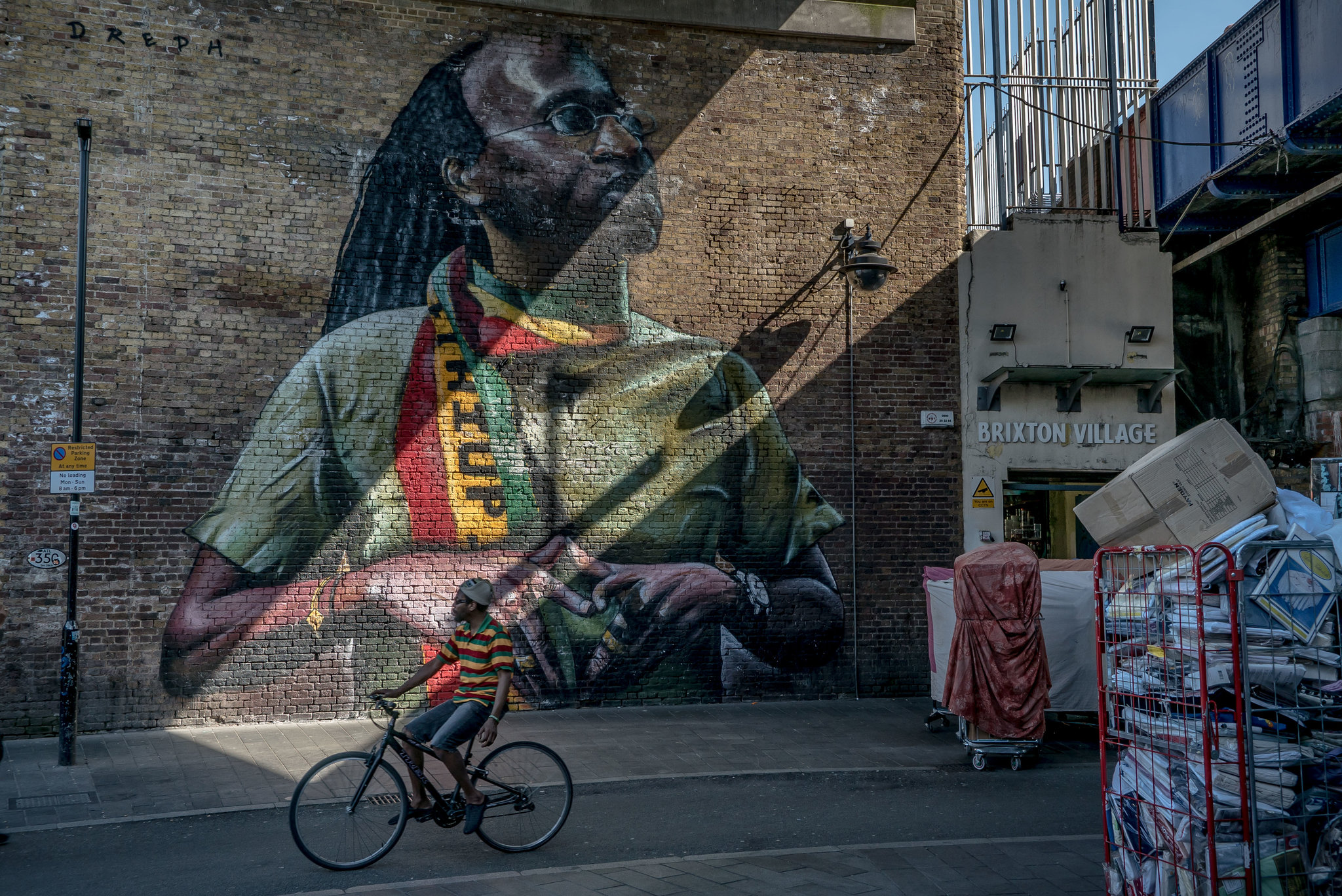 Sharon Baptiste, a researcher, said Britain had never truly faced the realities of its black history. “On the one hand,” she said, “you’ve got the empire, and on the other, you’ve got the consequences of the empire” — immigration — “but most British don’t seem to make the link between the two.”

Mr. McIntyre’s parents were among thousands of colonial subjects invited to come to Britain to help rebuild a nation shattered by World War II. They were part of the “Windrush Generation,” named for a passenger liner that carried many of them to Britain. Because Jamaica had yet to gain independence when his parents switched islands, their passports said “Citizen of the United Kingdom and Colonies.”

Mr. McIntyre’s descent after the British changed the rules was quick.

When he applied for housing aid, officials refused him, even though he provided school records and reams of tax returns showing he had lived and worked in Britain all his adult life.

“They said I’m not a British subject,” he said. “I was confused. They put me through a rough time. Ever since, I rely on alcohol to numb the pain.”

Thousands of people who came to Britain between 1948 and 1971 from the Caribbean are thought to be in the same predicament as Mr. McIntyre. Estimates of the number of people affected vary from 50,000 to 500,000.

Some have been detained. At least one man was denied cancer treatment because he could not prove to his doctors that he was in the country legally.

Prime Minister May at first tried to place the blame on the Labour Party, but she was forced to back down in the face of evidence that the groundwork for the scandal was laid during the years that she was the home secretary, the cabinet minister responsible for overseeing immigration.

The Labour Party, in the person most prominently of David Lammy, a black member of Parliament whose parents were Windrush-era migrants, has accused Mrs. May of presiding over racist policies and has demanded that her home secretary, Amber Rudd, resign. 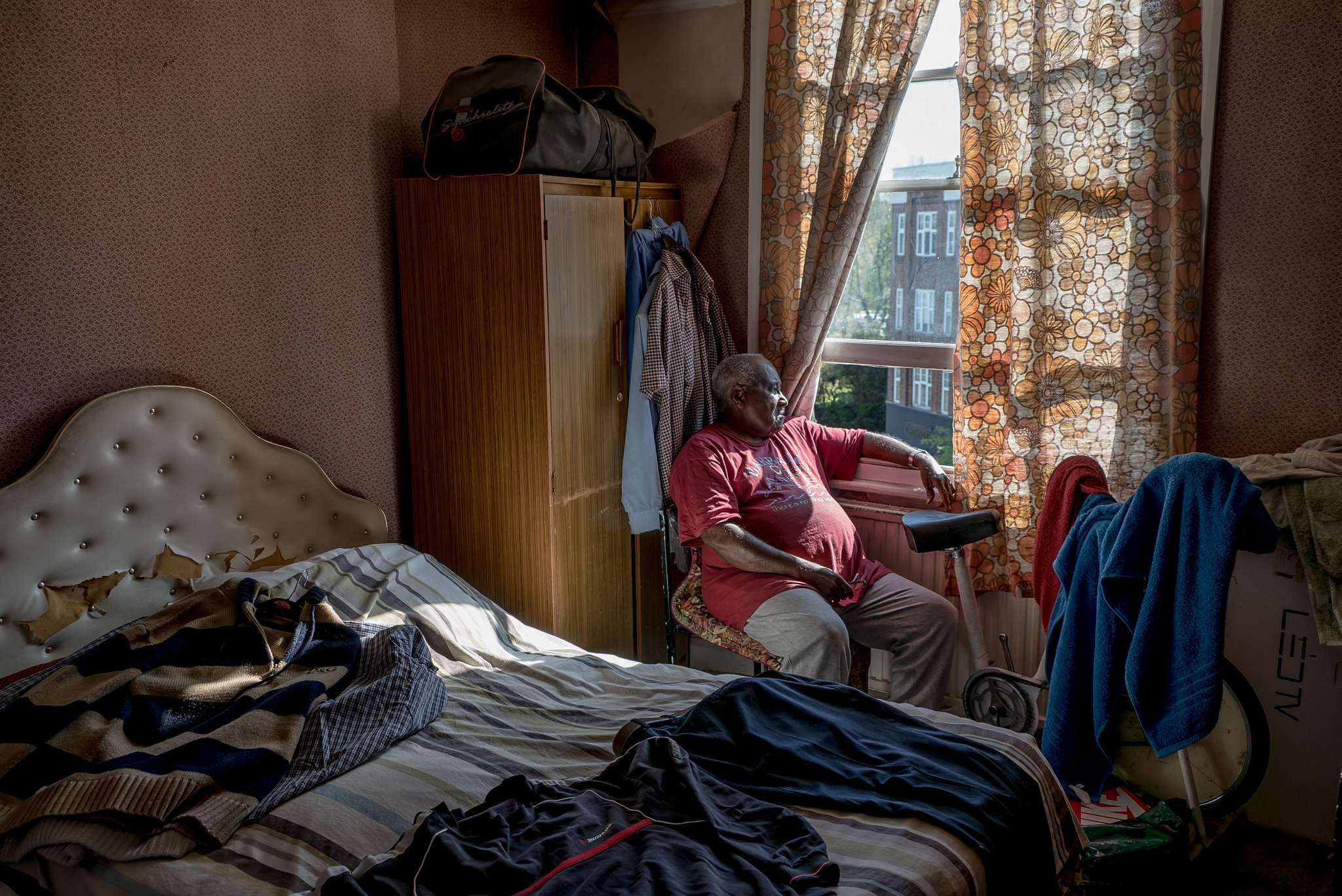 Granville Jones, 81, went to Britain from Barbados in 1959, working at an army barracks in Worcestershire.

Beyond pledging to grant citizenship to all those caught up in the migration crackdown and to waive the fees and tests usually involved in that process, the Home Office has established a special team to expedite applications.

But the scandal has had a particularly distasteful resonance for black Britons, who say it is a symptom of lingering racism within government institutions.

Under the rules imposed when Mrs. May was home secretary, people were required to prove their identity and legal status in the country in order to get a job, rent an apartment, receive free medical care, open a bank account or enroll in school, among other things.

That created an immediate problem for Windrush-era migrants like Mr. McIntyre, who struggled to prove their status. They had been unaware that they had to apply for the necessary documentation; theoretically, they have indefinite permission to remain under a 1971 law.

Their plight surfaced now and then in the news, but came to prominence after a series of reports in The Guardian. The Home Office, the newspaper reported, had not kept a record of those granted permission to remain or issued any paperwork confirming it. Then, in 2010, it even destroyed the landing cards recording migrants’ arrivals from the Caribbean.

Mr. McIntyre questioned the motive behind the destruction of landing cards. “Why did they do that?” he asked. “To me, it seems like they want to get rid of us.”

It has seemed that way to many in a generation of workers who accepted an invitation to come to Britain. They pitched in as construction and railway workers, nurses, bus and truck drivers, among other, mostly blue-collar pursuits, never suspecting that their status as British citizens or legal residents would be challenged.

Many black Britons say institutionalized racism of the kind endured by the Windrush migrants remains deeply ingrained and rarely publicized.

Danesha Forte, 37, whose parents were Windrush migrants from Barbados, could not hide her exasperation.

“It’s atrocious,” Ms. Forte said, as she stood in Windrush Square in Brixton, the heart of London’s West Indian community. “Why are they targeting us? Are they trying to create a riot?” The neighborhood was the scene of major riots in 1981 and again in 1985, as young black men clashed with a police force they believed was persecuting their community.

“Black people are always targeted for something,” Ms. Forte said, adding that the police still disproportionately stopped and searched black people, particularly the young. “It’s one thing after the other. We just can’t catch a break.”

Britain, Ms. Baptiste said, remains enamored with romantic visions of its imperial past, a sentiment that in part drove its decision to leave the European Union. “We are an empire,” she said, “but for some people here, there are still too many dark faces.”

Most Britons are not taught about the prominent roles blacks played at royal courts in 15th-century Tudor Britain. Nor is it widely known that millions of ordinary Britons, even humble shopkeepers, owned shares in the slave trade. And across Britain, heritage plaques on Georgian townhouses euphemistically describe former slave traders and slave owners as West Indies merchants or planters.

A rose-tinted narrative of the British Empire was also peddled to its colonial subjects. Barbadians, for example, had been taught to revere the “mother country,” a mythical land populated by gentlemen, said Peter Fryer, author of “Staying Power: The History of Black People in Britain.”

Before moving to Britain for work, “They took their British citizenship seriously, and many regarded themselves not as strangers but as kinds of gentlemen,” he wrote. “Everything taught in school encouraged this belief. What they found here dismayed and shocked them.”

Mr. Lammy, the Labour lawmaker, who last year forced Oxford University to reveal data showing that in 2015 a third of its colleges had failed to admit a single black British high school graduate, expressed outrage at the way the government had treated a generation of workers who contributed a great deal to the country. 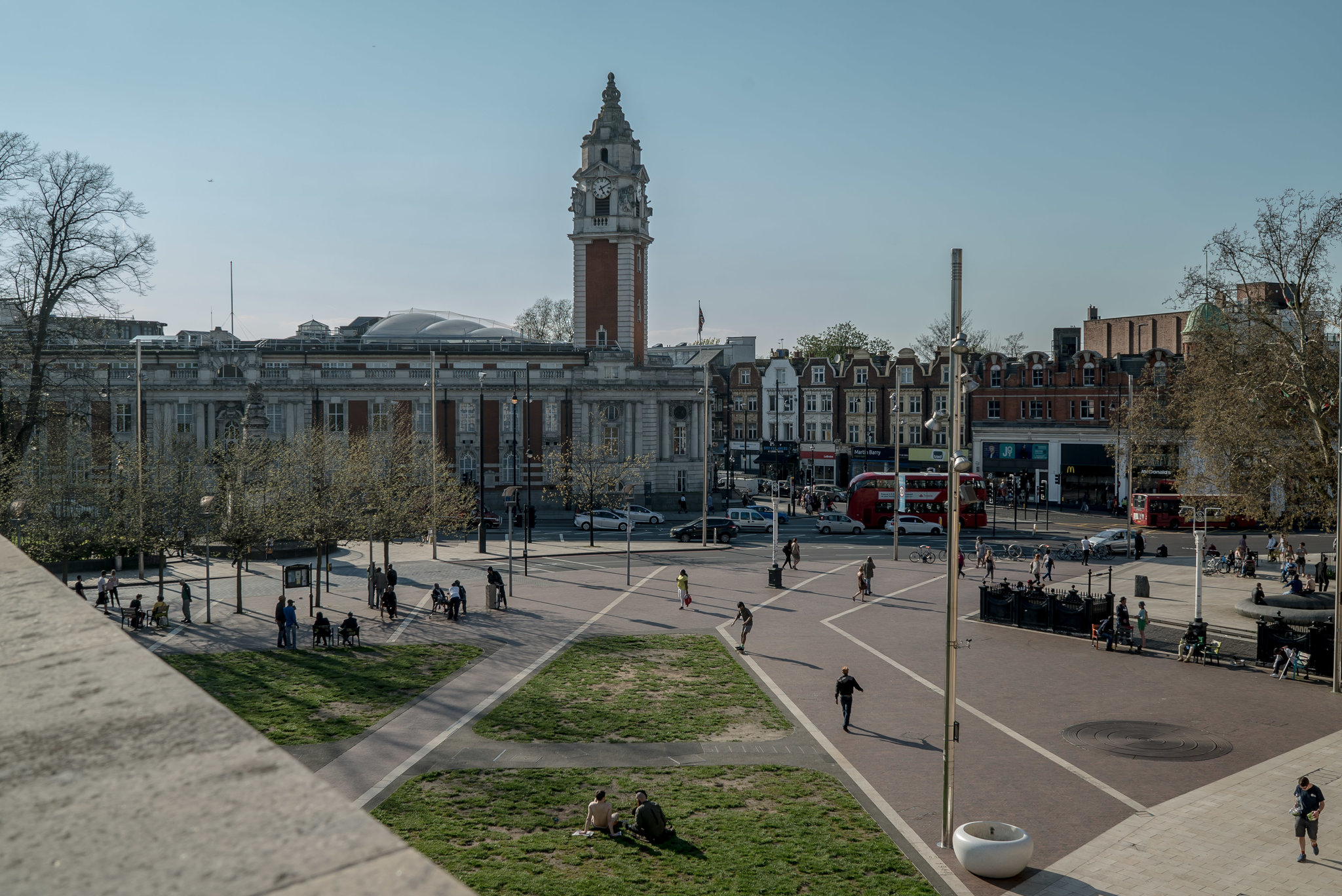 Brixton’s main square was renamed Windrush Square in 1998, in honor of the Caribbean people who settled in the neighborhood 50 years before.

“These are descendants of former enslaved people, colonized by the state, who served in two world wars, who were invited to work in Britain, and who are now effectively expelled from the country,” he said.

Ms. Rudd, the home secretary, apologized last week for the treatment of the Windrush migrants, calling it “appalling” and “wrong.”

But immigration lawyers said the apology was too little, too late. Officials were warned of the precarious status of Windrush migrants several years ago, when the immigration rules were tightened, they said, and had done nothing.

The treatment of Windrush-era migrants in recent years is reminiscent of how they were treated when they first arrived in the country, said Danny Keen, who came to Britain from Jamaica on his mother’s passport in 1952.

“It’s reinvoking those early racial prejudices that we experienced in the 1950s, when people could stop you in the street and say, ‘Why don’t you go back to your country?’” he said.

Mr. Keen, 70, a portrait artist who organizes Black History Month in Norfolk, said his mother could not take out a mortgage to buy property because of her skin color. His schoolteachers regarded him as mentally inferior to his white classmates, he said.

When the engagement of Ms. Markle and Prince Harry was announced five months ago, he said, “we thought maybe we’ve got no more work to do.”

But then the Windrush scandal broke.

“So I say, the work still needs to be done,” he said. “We’ve got to keep kicking down the door.”

One thought on “British Citizen One Day, Illegal Immigrant the Next”