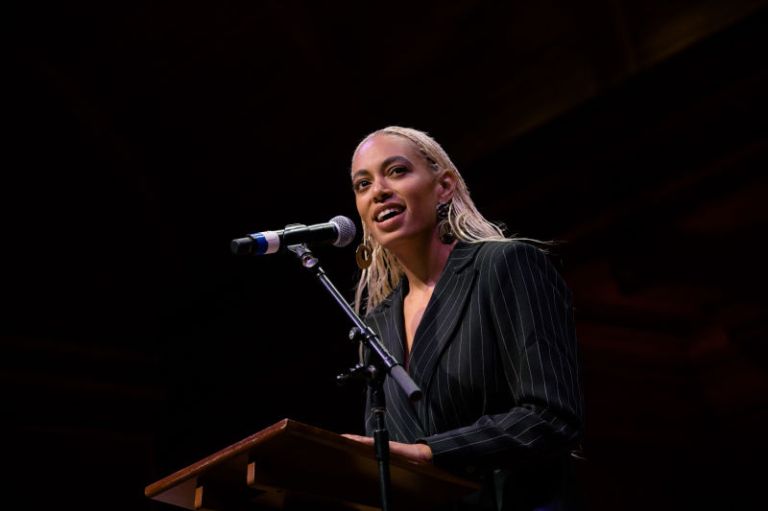 A report by Anne Branigin for The Glow Up.

It’s a marvel to grow up alongside an artist, and even more wonderful to see the ways in which she or he continues to evolve and shape—and be shaped by—the world in turn. Solange is very much one of those artists for me: a woman whose journey has been far from predictable, whose gifts are a source of continual delight and affirmation.

We saw this in her latest album, A Seat at the Table, but we also see it in her growth as a performance artist and the innovative ways that she presents her music live.

Now, as Solange is knee-deep in the process of working on new music in Jamaica, the indie R&B singer has written an essay for Dazed that pulls the curtain back on her creative process.

The diarylike essay is notable for its intimate, precise details and cyclical structure, starting at Runaway Bay in Jamaica and hitting other ports of creative entry—Kingston, Port Antonio, Grace Jones—before circling back to Runaway Bay.

In the lyrical essay, Solange explores the connection an artist feels to a place, particularly as a harbor for the creative self:

I’ve been looking at photos of this house in Runaway Bay for five years. Wanting to know if it could tell my secrets. If it could hold me. If I could write music, and drink wine, and draw sketches, and sleep well naked and invent new ways to say how I feel. If I could burn my sage, and wash my hands with Florida water right there on the porch until I feel renewed.

It did. It does. I am hugging this house. Kissing her feet. She is a vessel.

The piece is also rich with references to Solange’s musical inspirations. She starts channeling Joni Mitchell but also gives thanks to Jamaican artist Sister Carol, proclaims her love for singer Nivea and devotes an entire section to paying tribute to Grace Jones, whom Solange (rightfully) dubs a “Cosmic Wonder” and “Queen of lewks.”

Through it all, the essay is clearly a love letter to Jamaica, and Solange fleshes out her reflections on her creative process with vividly rendered memories of her time in the Caribbean nation, like this one from Port Antonio:

One of the best birthdays I’ve had, was spent on Winnifred Beach, jumping on a trampoline trying to grab hold the horizon and thinking my now husband was going to propose.

He did not that day, I really played myself, but he did a couple of weeks later. But it was so close I could feeeeeel it. I feel things really strongly, when I am here.

She closes the piece by directly addressing Jamaica, thanking the island for “giving so much, sharing so much, and being a constant place of refuge and retreat when I’ve needed it the most”—a feeling that Solange, as a singer, a performer and a writer, replicates in her own work.