A report by Joseph B. Treaster for the New York Times.

Marianne Ramírez Aponte, the executive director of the Museum of Contemporary Art in San Juan, had never been so worried.

Her collection of hundreds of paintings, posters, prints, drawings, sculptures and installations had survived the wind and rain of Hurricane Maria. But the museum was dark, without electricity and air conditioning. No one knew when the power would be back on. The temperature and the humidity were rising. 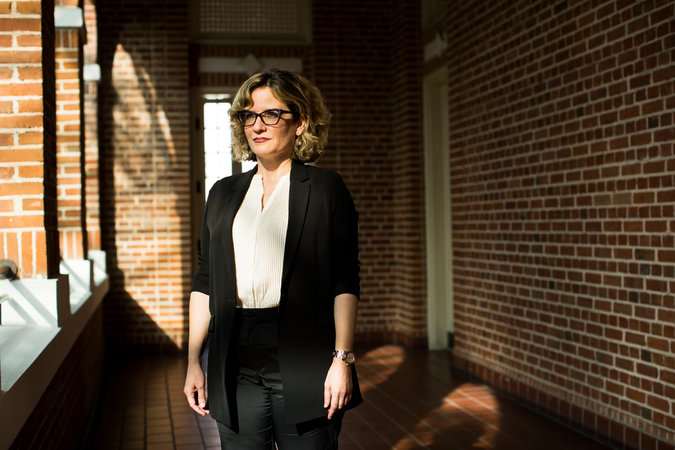 The danger was mold and mildew. The fungus could seriously damage — if not destroy — her art. “It was very, very stressful,” Ms. Ramírez said.

Her solution was to have her maintenance crew, with battery-powered saws and drills, hack big, rectangular vents into a wall in her largest gallery. She had turned the gallery into a vault for all the art that had been on display. She opened the doors, and the vents created cross ventilation. 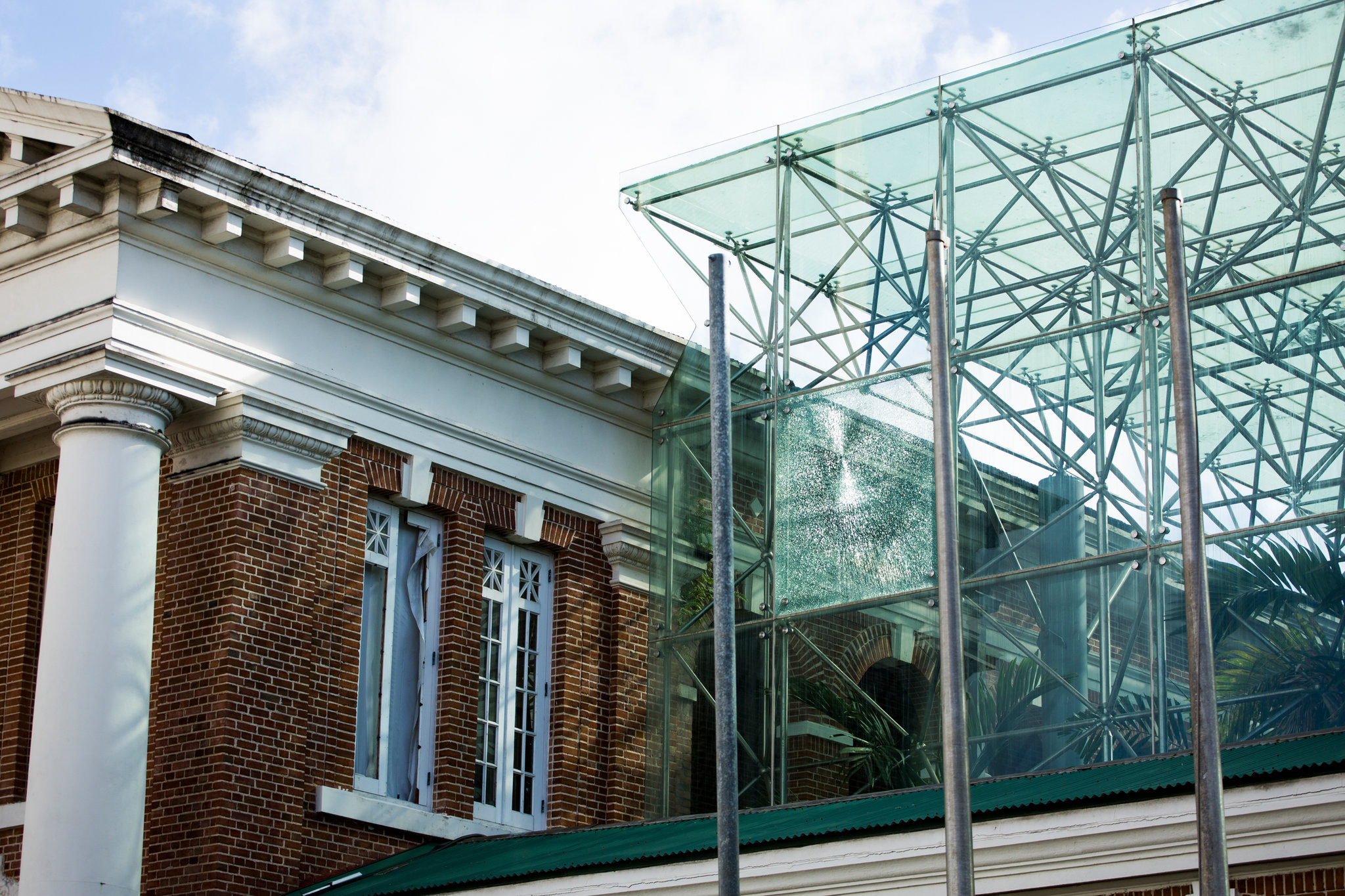 All around Puerto Rico, museum directors and their staffs scrambled to protect their art. Months later, they seem to have largely succeeded. Most museum buildings were spared heavy damage and, although assessments are still coming in, no widespread or lasting harm to the art has been reported.

Even so, the museums’ recovery from the hurricane in September that news reports say killed an estimated 1,000 people — many for reasons apparently related to a power outage that went on for months — is going to be expensive. Much of the museum repair work is going to require carpenters, masons and metal workers who can deal with uncommon stone and brick treatments, wrought iron, carved wood, murals, glass works, mosaics and ornamental landscaping. Some experts see the costs running into the tens of millions of dollars. And Brinnen Carter, a National Park Service cultural official who is leading a federal assessment team, said, “That could be on the low side.” 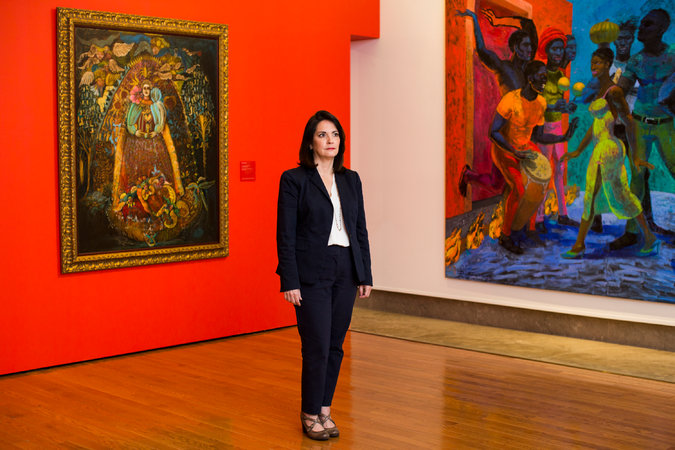 Marta Mabel Pérez, executive director of the Museum of Art of Puerto Rico.

Consider the price tag for fixing the Spanish Colonial headquarters building of the Institute of Puerto Rican Culture in Old San Juan. The Institute oversees the National Gallery, the National Archive and 30 other historic buildings and culturally significant parks.

Wanda Barbosa Nevarez, the institute’s director of finance and accountability, said that nearly all of the 202 doors, window frames and shutters carved in the 1840s from Uruguayan wood were cracked, warped or worse. Wrought iron fencing was torn down. Some brickwork crumbled. The estimated cost of repairs: $1.57 million.

The museums are not expecting much government help. Puerto Rico is struggling economically, with $74 billion in debt, $49 billion in pension obligations, and unemployment more than double the 4.1 percent rate on the mainland.

Much of the damage may be covered by private insurance and federal agencies, federal and Puerto Rico officials said. Ms. Barbosa said the insurance claim for the Institute’s losses alone would probably exceed $11 million.

Money has been coming from foundations, universities and fund-raising events around the United States. Marta Mabel Pérez, the acting director of the Museum of Puerto Rican Art in San Juan, said she had received $110,000 from the Smithsonian Institution in Washington. Northwestern University is sending $100,000 to train artists working with the Museum of Contemporary Arts to reach wider audiences.

Most of the rubble of Hurricane Maria has been cleaned up. But the hardest hit places still show their scars. One broad, curving wall at the Museum of Puerto Rican Art had been clad in copper sheets. The storm peeled off all the copper and some of the plywood backing. The sculpture garden had been thick with trees and shrubs. Now it is a grassy field with a few propped-up trees and two big, saucer-shaped lily ponds. “We lost 90 percent of the garden,” Ms. Pérez said. “Before the hurricane, you could barely see the ponds.” 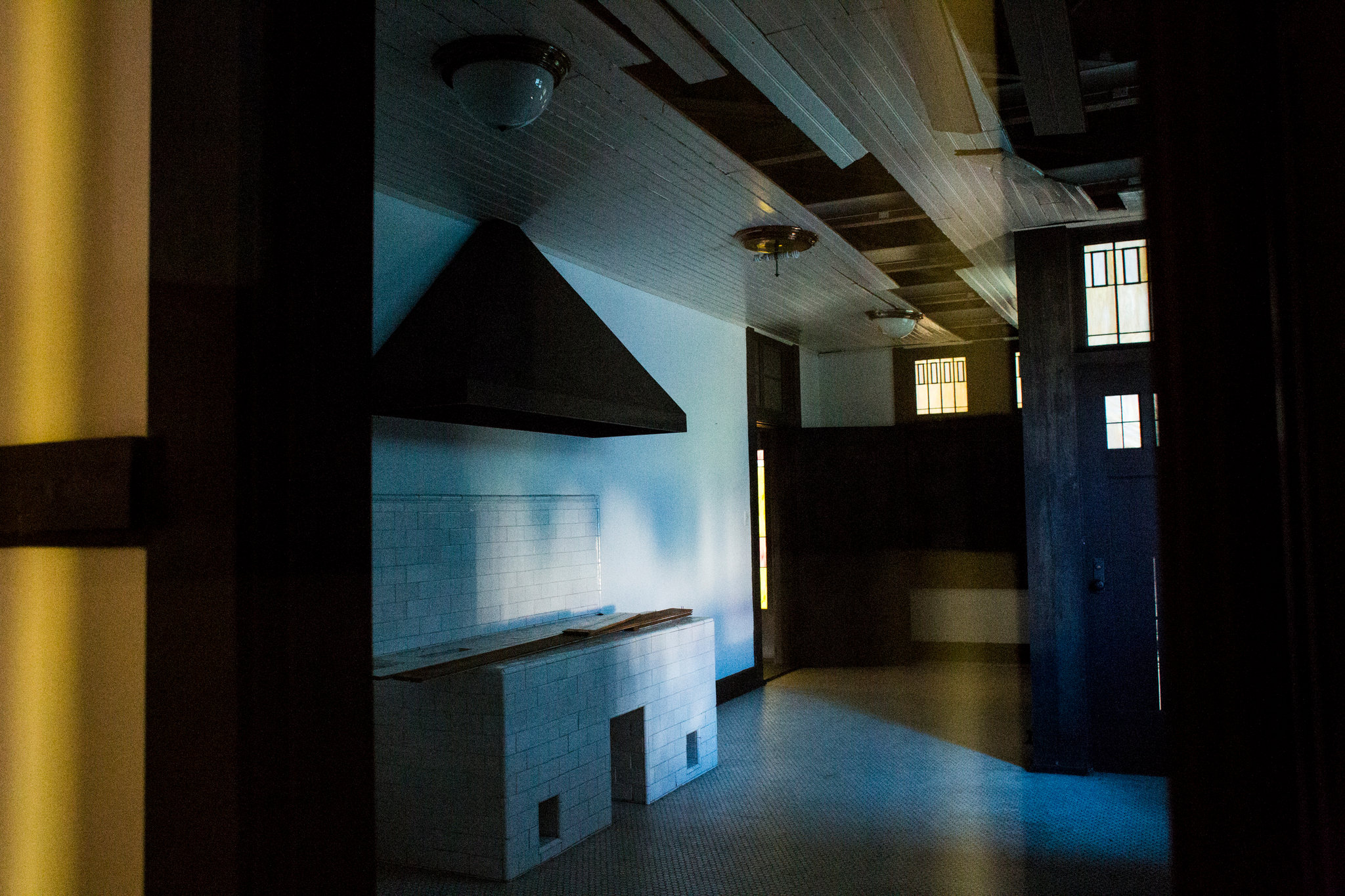 Damage in the Casa Roig Museum in Humacao. The paintings of the museum are currently being stored at the Museum of Art of Puerto Rico

Two University of Puerto Rico art museums lost chunks of their roofs: Casa Roig, a Frank Lloyd Wright-inspired two-story house 45 minutes south of San Juan, and the Museum of Art at the Mayagüez campus on the west coast. Casa Roig’s paneled ceilings partially collapsed. The wind blew out windows and broke a set of stained glass interior doors. It ripped tiles off mosaics. Putting Casa Roig back together is expected to cost nearly $400,000.

In Mayagüez, Zorali De Feria, the museum director, found mold on a mural and a handful of paintings. She gave them first aid and alternated putting the paintings briefly in the sunlight and in the shade of a breezeway.

Right after the storm, in her unlit office, Ms. De Feria wrote out a plea for help in longhand. The National Endowment for the Humanities sent her $30,000. Ms. Ramírez, at the Museum of Contemporary Art, also received $30,000 from the Endowment. She is putting her money toward the purchase of a generator that, with installation, is going to cost $110,000. “We need a generator, too,” Ms. De Feria said. The electricity came back sooner for both museums than in most of the island, but generators would have greatly reduced the risk and the stress.

Ms. Pérez, who is also president of the Association of Puerto Rican Art Museums, and her colleagues have begun to rethink almost everything about their museums and hurricanes. Many museums did not have emergency operations plans. Some did not have home addresses for staff members. Cellphones and landlines were knocked out. Gasoline and diesel fuel were scarce. The museums became isolated.

With help from the Smithsonian and the Federal Emergency Management Agency, Ms. Pérez has been organizing conferences and workshops. At the top of the agenda: satellite telephones, generators and extra fuel tanks. Solar panels have been mentioned, and some art specialists are enthusiastic about creating emergency art storage vaults around the island, perhaps by converting buildings at abandoned but well-maintained military bases. 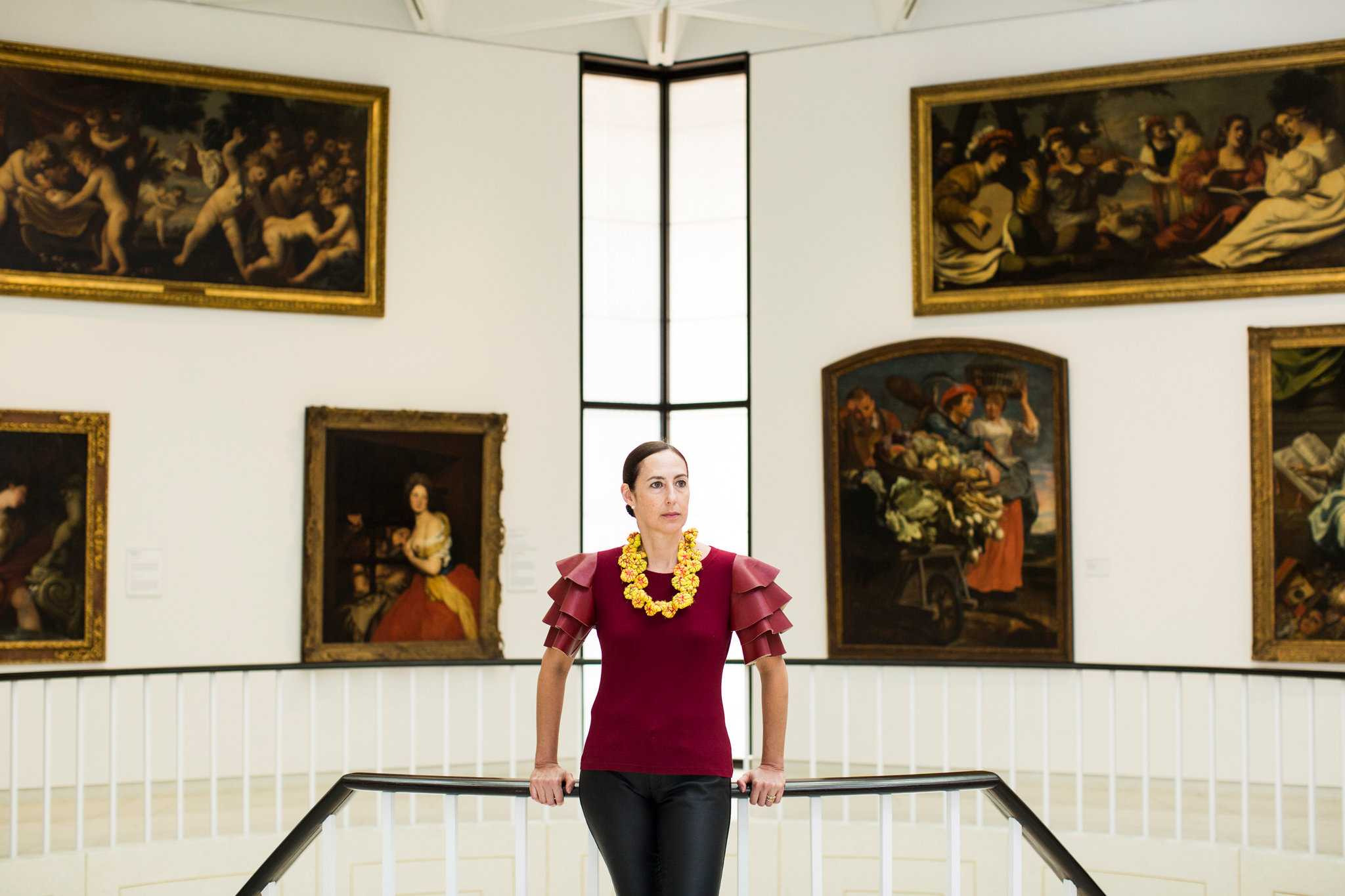 Alejandra Peña Gutierrez, executive director of the Museum of Art of Ponce.

One afternoon in Ponce, on the south coast, Alejandra Peña Gutiérrez gently patted the big, green Cummins generator that kept her Edward Durell Stone-designed Ponce Museum of Art safe. “It was everything for us,” said Ms. Peña, the executive director. Rain water soaked the carpet in her auditorium and the gardens were a mess. But that was about it. 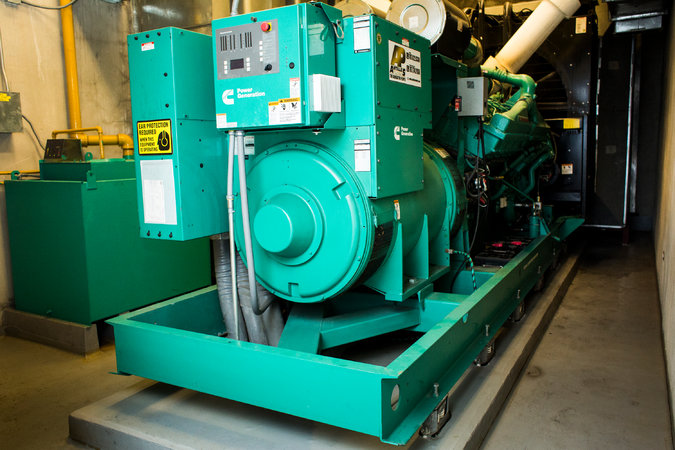 A power generator at the Museum of Art of Ponce.

Ms. Peña’s biggest concern had been how to keep her generator going. She had enough fuel for a few days. She could not find her regular fuel supplier. She could not phone anyone for help. She got a tip to try a diesel dealer about an hour away. It turned out that the dealer had been an amateur actor in the museum’s annual Three Kings pageant. The minute they saw each other, her diesel fuel worries were over.