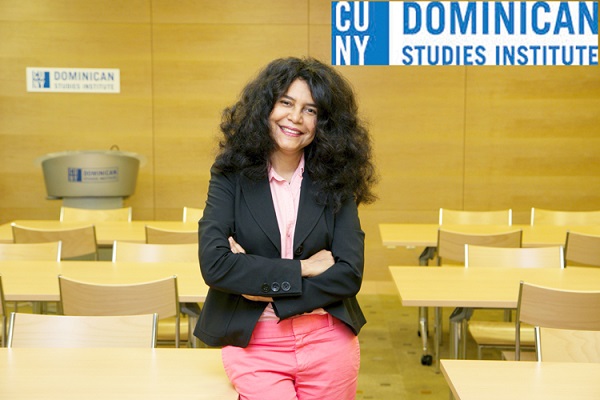 [Many thanks to Peter Jordens for bringing this item to our attention.] Gentrification drives Dominicans from Northern Manhattan, study says. Gregg McQueen (Manhattan Times) writes about a two-part study CUNY’s Dominican Studies Institute (DSI) is undertaking on the state of affordable housing in Northern Manhattan. He interviewed Dr. Ramona Hernández, Director of CUNY DSI, who explained details about the study’s findings:

Change is here. So says a new study from the City University of New York’s Dominican Studies Institute (CUNY DSI) that details how rising housing costs are driving Dominican residents out of the Washington Heights and Inwood sections of Manhattan. Though the neighborhoods have long been enclaves for New Yorkers of Dominican descent, gentrification is rapidly pushing longtime residents out of the area, the brief said.

Titled When a Neighborhood Becomes a Revolving Door for Dominicans: Rising Housing Costs in Washington Heights/Inwood and the Declining Presence of Dominicans, the brief represents part one of a two-part study CUNY DSI is undertaking on the state of affordable housing in Northern Manhattan. Using household and census data, the study examines the growing cost of housing and the decline of Dominican households in the area, and includes a section on policy recommendations.

“I think a study like this was long overdue,” said Dr. Ramona Hernández, Director of CUNY DSI. “There’s been this notion that something is happening regarding gentrification in Washington Heights and Inwood, and this brief compiles data to examine that notion.”

According to the study, the percentage of Dominican households in Washington Heights/Inwood declined 6.2 percent in just a four-year period, between 2010 and 2014. As of 2014, one-third of non-Hispanic white households had been in their current apartment for only two years, the study said, indicating an influx of non-Hispanic residents into the neighborhoods. Hernández remarked that this trend is affecting the cultural character of Northern Manhattan, which for decades had been a vibrant representation of Dominican and Latin culture. “The businesses, the character is changing,” said Hernández. “If a cultural legacy is not upheld, it will disappear.”

“We need action right now,” she stated. “Once those residents are gone, they’re gone.”

Housing costs in Washington Heights/Inwood rose substantially between 1999 and 2014, the study said. The median out-of-pocket rent expense, the amount a household pays after housing subsidies, climbed from $777 in 1999 to $1,040 in 2014, an increase of 25.3 percent.The brief also noted a wide income disparity among racial and ethnic groups residing in the neighborhoods.

“There’s really two factors at play in terms of Dominicans being driven out — rent prices are escalating, and income remains stagnant for Dominican residents,” Hernández stated.