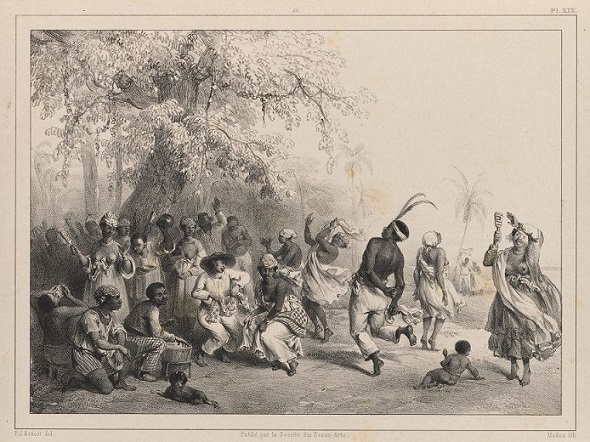 Surinamese freedom fighter Boni was killed 225 years ago, on February 19, 2018. In this context, researcher Nizaar Makdoembaks will present a new database on slavery before the end of this year. This resource will show the course of the slave population on plantations in Surinam from 1693 to 1744.

The new database is based on the Generale Lijsten van het Hoofdgelden, lists of taxes paid on the plantations. Every plantation owner had to pay taxes for the number of people (heads) present on the plantation. The lists are in the archives of the Suriname Society, which is managed by the National Archives in The Hague. This is where Makdoembaks and others conducted the research on which the database is based. [Everything has been financed from his own resources in order to remain free of influences from the highly politicized debate.]

In 2007 professor Evert Oostindie, expert on colonial history, briefly explained in his inaugural lecture why concepts such as ‘genocide’ or ‘black holocaust’ are not suitable for the historiography of slavery. Neither the intentions of the slave traders nor the effects of the slave trade met the criteria of the predicate ‘genocide’. Recently, professor and slavery expert Piet Emmer (VK 6 Jan 2018) warned that in the current debate, today’s norms and values ​​are projected onto our forefathers, as if they should have had knowledge of them. [. . .]

These discussions always center on the facts. What do we really know? With this database, a new, interesting source of facts will soon be available publicly. Initial results show that it is time to lay down nuanced but clear descriptions for the horrors of slavery.

– In the same period, at least 54,400 slaves from Africa were brought to Suriname (the Trans-Atlantic Slave Trade Database).

What will remain after examining correction models for unreliability of numbers, such as fleeing slaves, etc.? 30,000? 25,000? 20,000? Makdoembaks predicts that it may be time to introduce the term economic genocide: not death by malicious intent, as in the Holocaust, but death by deliberate economic consumption of peoples.