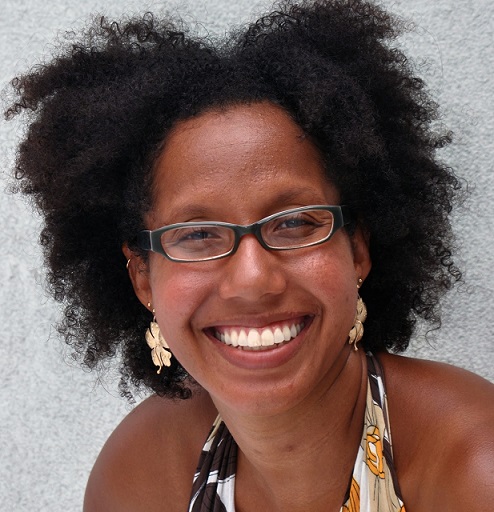 [Many thanks to Peter Jordens for bringing this item to our attention.] Namrata Poddar (Kweli Journal) interviews Tiphanie Yanique—from the U.S. Virgin Islands—on publishing, storytelling, nationality and race. Here is her bio and excerpts from the interview. For the full piece, see Kweli:

Tiphanie Yanique is a critically acclaimed American author of the poetry collection Wife, which won the 2016 Bocas Prize in Caribbean poetry and the United Kingdom’s 2016 Forward/Felix Dennis Prize for a First Collection. Her novel, Land of Love and Drowning, won the 2014 Flaherty-Dunnan First Novel Award from the Center for Fiction, the Phillis Wheatley Award for Pan-African Literature, and the American Academy of Arts and Letters Rosenthal Family Foundation Award, and was listed by NPR as one of the Best Book of 2014; it was also a finalist for the Orion Award in Environmental Literature and the Hurston-Wright Legacy Award. Her first collection of stories, How to Escape from a Leper Colony, won her a listing as one of the National Book Foundation’s 5 Under 35. Yanique’s children’s picture book, I am the Virgin Islands, was published in December 2012 by Little Bell Caribbean/Campanita Books and was commissioned by the First Lady of the Virgin Islands as a gift to the children of the Virgin Islands. Yanique’s work has also won the Bocas Award for Caribbean Fiction, the Boston Review Prize in Fiction, a Rona Jaffe Foundation Writers Award, a Pushcart Prize, a Fulbright Scholarship and an Academy of American Poet’s Prize. She has been listed by the Boston Globe as one of the sixteen cultural figures to watch out for and her writing has been published in the New York Times, Best African American Fiction, The Wall Street Journal, American Short Fiction and elsewhere. She is Associate Professor in the English Department and Director of the Creative Writing Program at Wesleyan University. She is from the Virgin Islands and lives in New Rochelle, New York with her family. More at tiphanieyanique.com.

Namrata Poddar: Since the current American publication industry is 87% white at executive levels of decision-making, I’m always curious about the journey of young women writers of color navigating the scene. Was it easy for you to get published, especially when you were sending out those first poems or stories into the world?  Was it ever a concern that the literary gatekeepers would edit your voice through a white gaze?  In other words, what were some of your biggest challenges and joys in walking that early road to publication?

Tiphanie Yanique: [. . .] My work, and indeed me as a part of the package, were seen as hard to package for sale at bigger places. Is Tiphanie Yanique an American? But I write about the Caribbean. Is she Caribbean? But then how does she fit into the post-colonial conversation? Publishers didn’t know what to do with me or my work.

Indeed, many editors said so much. I had glowing, and yet, deeply offensive rejections. One editor said my work reminded her of a young Toni Morrison, but she just could not convince the marketing team that anyone would buy my books. Another reassured me that I would do very well, but her imprint already had an Afro-Caribbean woman on the roster and they couldn’t figure out how to market me without hurting that woman’s sales. [. . .]

NP: What fascinated me when I first discovered your work through How to escape from a Leper Colony was how ethnically diverse your characters are. As a literary critic, I’ve noticed a conspicuous ease toward writing characters of diverse ethnic or racial backgrounds in contemporary fiction from the Caribbean or Indian Ocean islands as I do in works by South Asian diasporic writers too. Yet in the North American setting, year after year, we have Caucasian writers who “don a sombrero” or bemoan a “cottage industry” of “sensitivity readers” to defend creative freedom toward writing minority characters, much to the dismay of minority writers in the West. Where do you think lies the line separating woke attempts on writing a diverse world from a reckless defense of cultural appropriation in the name of artistic freedom?

TP: [. . .] In my case, to write various Caribbean characters I had to research and study and practice and fail and revise and listen and get feedback. And this is besides feeling that I can write any Caribbean character of any race with an inside knowledge, because in the Caribbean, ethnicity tends to supersede race. So, an Indo-Caribbean person is a Caribbean person. I can access them with similar ease of accessing Afro-Caribbean writers. But I work very hard at both. To write an Afro-Caribbean character I have to work just as hard (sometimes harder to get over my false feelings of mastery, because you know, I lived the Afro-Caribbean life). Culturally, the real difficulty for Caribbean writers seems to be when they write outside of class—because that’s the real social separation for us in the Caribbean. I don’t think we have so much trouble writing outside of race (not that we don’t) because our socio-historical fuckeries have presented race with more complexity than the North American binaries of white and black. And even though we, in the Caribbean, have a history of slavery and colonialism and now the racialized, capitalist tourist industry—race is complex for us. And complexity always allows for more ways in than simplicity does. [. . .]

One thought on “Race, Power and Storytelling: Interview with Tiphanie Yanique”