A review by Ben Brantley for the New York Times.

Alexander Hamilton is standing tall in the country he famously fought against. If you go for statistical trivia, you can quantify in hard numbers the increased stature of this American founding father, who is being celebrated in the triumphantly transplanted Broadway blockbuster “Hamilton” at the Victoria Palace Theater here.

To wit: nine inches. That’s the difference in height between the real Hamilton (roughly 5 feet 7 inches) and his smashing new onstage avatar, Jamael Westman, who at 6-foot-4 towers over most of his fellow cast members. And without (you should pardon the expression) hamming it up, Mr. Westman also endows the title character of Lin-Manuel Miranda’s Tony-laden musical with the outsize dimensions of a bona fide tragic hero. 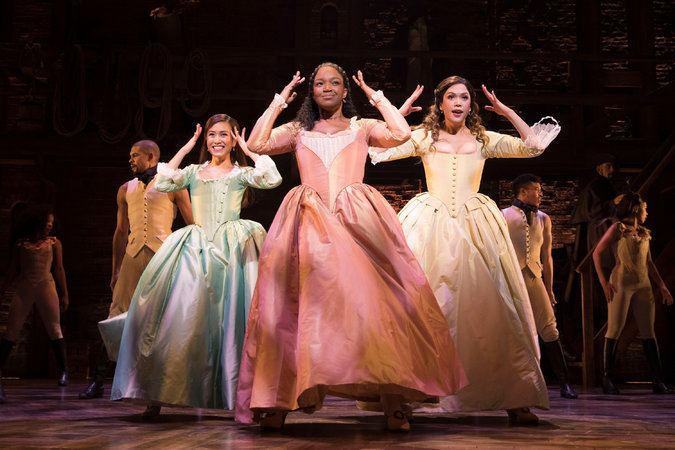 I won’t commit the blasphemy of saying that Mr. Westman is a better Hamilton than Mr. Miranda, who created the role (in addition to writing the show’s book, music and lyrics). And though he has a more than serviceable voice, Mr. Westman is not as impressive a singer as Javier Muñoz, Mr. Miranda’s estimable successor on Broadway.

But London’s first interpreter of this coveted part burns with a Promethean fire that makes the show almost as exciting as the first time I saw it Off Broadway at the Public Theater nearly three years ago. At 25, Mr. Westman, a recent graduate of the Royal Academy of Dramatic Art, is not only the rangiest, but also the youngest of the Hamiltons I have seen. As such, he is exceptionally well matched to a portrait of a nascent country finding its identity.

Only 19 when we first encounter him, Mr. Westman’s Hamilton exudes the arrogance, impudence and impatience of a gifted, ambitious adolescent on the brink of adulthood, on the rise and on the make. (The musical question the show asks of Hamilton — “Why do you write like you’re running out of time?” — has never seemed so apt.) While he ages credibly during the three decades the show covers, he conspicuously retains the virtues and vices of his youth. 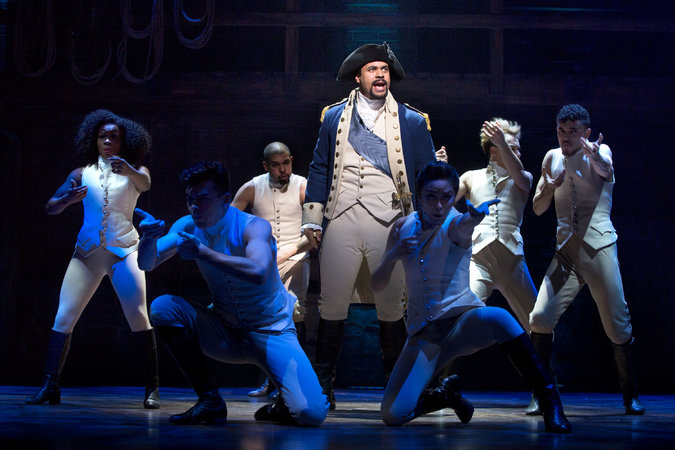 This Hamilton’s juggernaut energy and show-off confidence make him both obnoxious and affecting in revelatory ways. You understand more than ever why he gets under the skin of the rival who would eventually kill him, Aaron Burr (Giles Terera, in a shiny performance that shows how his character’s smoothness becomes his nemesis); you also grasp exactly why every woman in his orbit would be drawn to him.

The mix of filial devotion and resentment that Hamilton feels toward his mentor, George Washington (an excellent Obioma Ugoala), is newly and provocatively combustible. So is the perplexed combination of guilt and affection, common among egocentric family men, that pervades his relationships with his wife, Eliza (Rachelle Ann Go); her sister Angelica Schuyler (Rachel John); and his doomed son, Philip (Cleve September).

Ms. Go and Ms. John are both very good and often sing thrillingly. But they never quite nudged from my memory the incomparable Phillipa Soo and Renée Elise Goldsberry, who originated the roles in New York. 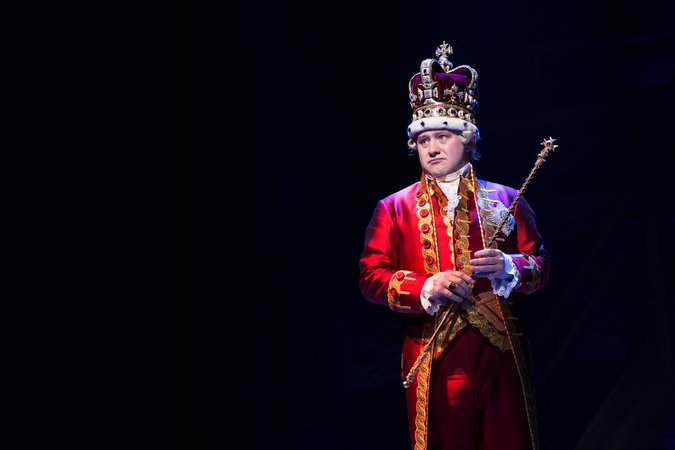 Similarly, Jason Pennycooke’s Marquis de Lafayette and Thomas Jefferson (parts created brilliantly in New York by Daveed Diggs) and Mr. Terera’s Burr (for which Leslie Odom Jr. copped the Tony for Best Lead Actor in a Musical) register more as supporting characters than they did in New York. But perhaps this is as it should be. Remember, after all, what the title of the show is.

Thomas Kail’s London production, which retains its top-drawer design team, has the gleam and propulsive thrust of the New York original, and it fits beautifully into the exquisitely restored Victoria Palace. (Extra points to its renovators for seat comfort and legroom.)

This interpretation is also an ideal first experience for “Hamilton” virgins and for anyone unaccustomed to the rap and hip-hop that make up much of Mr. Miranda’s score, which sounds richer every time I hear it. The cast, a multiethnic ensemble as it is in all “Hamilton” productions, enunciates more precisely than their American counterparts.

And am I wrong in thinking that the orchestrator Alex Lacamoire has slowed down the tempo on occasion to make the lyrics easier to follow? In any case, the expository details of this dazzling history are less likely to be lost on Britons who never studied the American Revolution.

My audience, by the way, was especially tickled by the satirical portrait of the show’s one major British character, King George III, embodied with Hogarthian nastiness by a divinely petulant Michael Jibson. And the crowd went wild for the climactic first act number that finds “the world turned upside down” when the underdog Americans finally win their war.

“Hamilton,” it seems — especially as led by its incendiary newborn star, Mr. Westman — can make a traitor of any English citizen for a night.