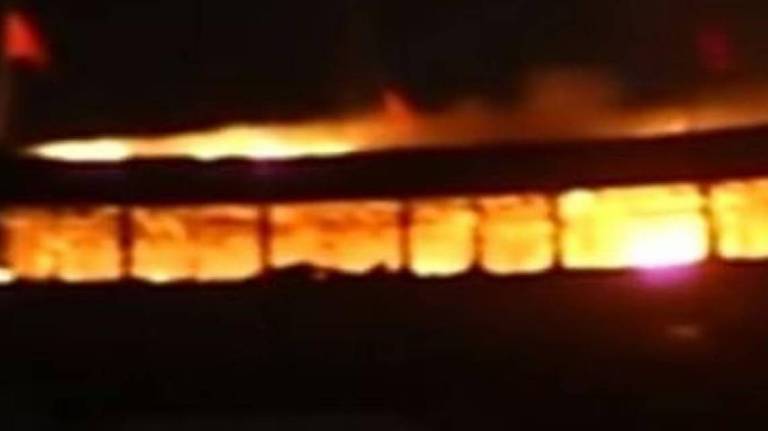 A report by Pete Grathoff for the Kansas City Star.

Some Dominican Winter League playoff games are being delayed because of a huge fire that broke out at one of the stadiums on Wednesday night.

Fire engulfed the Quisqueya Stadium Juan Marichal in Santo Domingo, the capital of the Dominican Republic, not long before Gigantes del Cibao were to face Leones del Escogido. The game was postponed.

Thursday night’s game between Tigres del Licey and Aguilas Cibaenas, which was to be played at the stadium, was postponed.