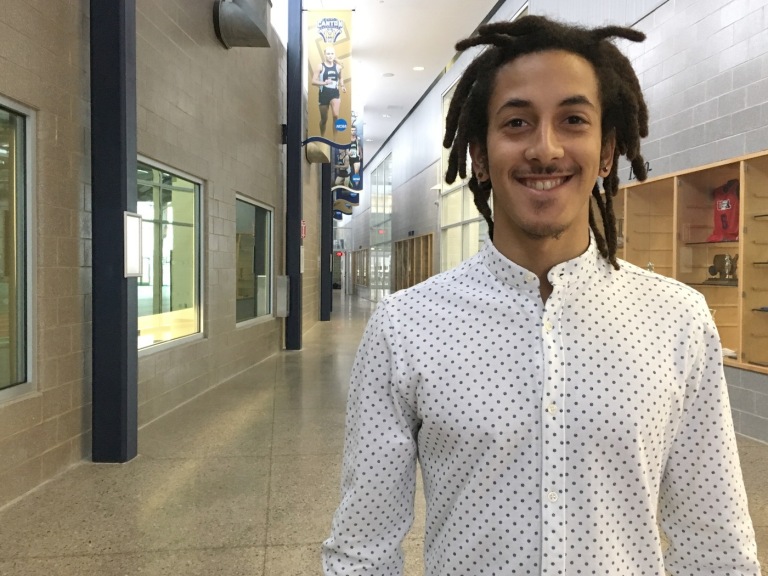 A report by David Sommerstein for North Country Public Station.

Members of the SUNY Canton baseball team are trying to raise $20,000 dollars here in the North Country to help Puerto Rico and the Virgin Islands rebuild.

And they have a surprising spokesman. The grandson of Latino baseball legend, Roberto Clemente, is a student and teammate.

Roberto “Bobby” Antonio Clemente Igartua is in his third year at SUNY Canton. He’s from Puerto Rico and his family still lives there. He says they and everyone else were severely affected by Hurricane Maria.

Clemente Igartua never met his legendary grandfather. In 1972, Roberto Clemente died in a plane crash while bringing supplies to earthquake victims in Nicaragua. Clemente Igartua says he feels like relief work is in his blood. “It’s pretty natural for me and my family to go around, see who needs help, and actually help them.” He says his family has traveled to places like the Dominican Republic to help people in need.

Bobby Clemente wants to become a lawyer, in part so he can help revive the Clemente Foundation, which is on hiatus after having lost its not-for-profit status due to inactivity. SUNY Canton baseball coach Joe Carbone and assistant coach Victor Rivera sit on the foundation’s board.

For now, they are collecting money for construction supplies for Puerto Rico through Rivera’s church, Grace Community Church in Theresa.

They say all the money will go to supplies; team members and others plan to pay their own travel.

They plan to go to Puerto Rico to help rebuild homes in late February and again in May.