A report by Brett Sokol for The New York Times.

The 1959 Cuban Revolution and its legacy had a major influence on the life of the painter Rafael Soriano. One of the island’s rising art stars in the ’50s, he saw his career ascend higher initially when Fidel Castro seized power.

But you will not find any overt nods to politics in Soriano’s work — not in his early paintings that revolve around a hard-edged geometric abstraction, nor in his later pieces made after he feared arrest and fled with his family from Matanzas, Cuba, to Miami, where he remained until he died in 2015 at 94.

More than 90 of his artworks are on display in “Rafael Soriano: The Artist as Mystic,” at Miami’s Patricia and Phillip Frost Art Museum.

His daughter, Hortensia Soriano, spoke with The New York Times about her father. The conversation has been edited and condensed.

What was your father’s life like in Matanzas before 1959?

The 1950s were known as the Golden Age in Cuba, and that was definitely true for my father. He had a hotbed of activity swirling around him: He’s exhibiting his work at museums, people are writing about it and he’s also a professor at the art school in Matanzas he co-founded.

And then the revolution comes. Was he hopeful about it?

Hopeful and enthusiastic! Everybody was! They thought Fidel Castro was going to be their savior, especially after the Batista government. My father became part of the “10 Concrete Painters” group. Because they were making a utopian form of art, they thought they’d be embraced. It didn’t turn out like that.

The new government did not embrace abstract painters. When I was a child I asked my father why we left Cuba. He said because he no longer felt safe, he no longer felt free, and he could no longer paint what he wanted to paint. His “Aha!” moment came when a minister from the regime told him he had to paint a series of doves. It was ridiculous! There was no figuration anywhere in my father’s work!

But Fidel Castro had been photographed giving a speech with these white doves landing on his shoulder, my father was a well-known painter and they wanted him for a campaign around that. He left on April 16, 1962. I wasn’t even 2 years old yet. My mother and I followed him over to Miami on May 26, 1962. We weren’t able to bring anything except literally the shirts on our backs. 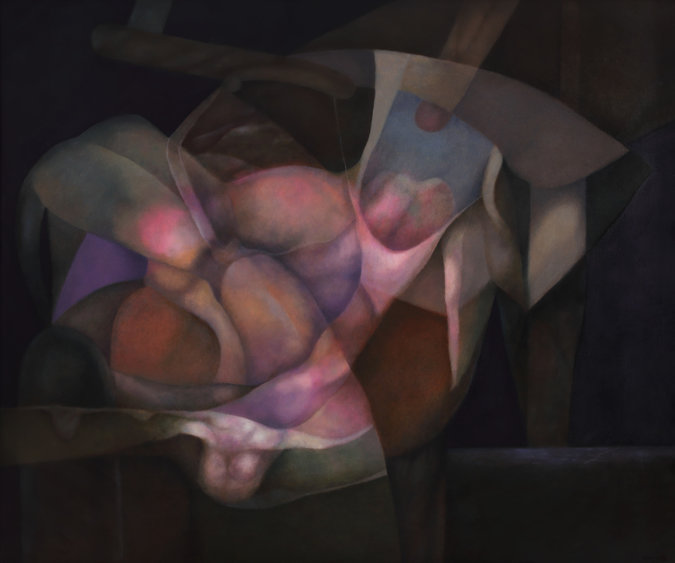 How did your father adapt to Miami?

He comes here, he’s a nobody, he had to start all over. He was very traumatized for about two years. He couldn’t paint. Then he had a spiritual awakening.

He came home one day after work and was napping. He felt himself levitate above his bed. A figure came to him and said, “Rafael, where do you want to go?” He said he wanted to go see his little house back in Matanzas. With fantastic speed, he was suddenly standing on the feet of this great figure, looking at his house in Matanzas. At the same time, he saw a herd of wild horses galloping down the hill, and it really scared him. They were going to trample everything!

He asked the figure, “Who are you?” And the figure said, “I am the Trinity.” With that, he fell back into his bed. For him it was a sign that Miami was home, this was where he was going to sink his roots. Whether or not it was a dream, it changed him. And he began to paint again.

What happened to his paintings left back in Matanzas?

Some are still scattered throughout Cuba. When I was in Matanzas in 2015, I visited a church and they had three beautiful paintings of my father’s hanging there. I asked the archbishop how they got there. He said, “Your father gave them to us.” Hmm. Really? My father kept a record of every painting he had to leave behind. But I’m not going to argue with the archbishop! At least they’re real.

Are you seeing fake Sorianos?

I think they’re being done in Cuba to sell to tourists, but they’ve begun turning up here, too. They’ll bake a canvas to make it look old. I found one where they painted on top of an old 1950s painting — if you rubbed the paint, you could see the original work underneath.