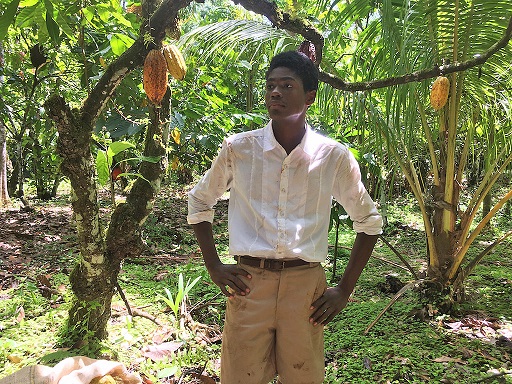 Award-winning local drama Green Days by the River will be screened in five Caribbean countries from next month. Director Michael Mooledhar told Newsday the film would be shown in Antigua, Barbados, Grenada, Guyana and St Lucia from January 11, 2018. “We are very excited to have it play in the Caribbean,” Mooledhar said.

Based on the novel by local writer and historian Michael Anthony, Green Days by the River’s coming of age story is set in Mayaro 1952 and centres around a teenager named Shellie (Sudai Tafari) who is befriended by a plantation owner named Mr Gidharee (Anand Lawkaran), and falls for his beautiful daughter Rosalie (Nadia Nisha Kandhai). The film was produced by Christian James, who Mooledhar pointed out, began the film when he was single and during the course of making it and distributing it, got married and recently had a baby boy.

Green Days launched the TT Film Festival (ttff) 2017 and was also the big winner, capturing the awards for both best TT feature and people’s choice for best feature film narrative. The film then opened in local cinemas and Mooledhar said it had been well received. He said they hope to mirror the local success of the film in the Caribbean and the length of the run is dependent on ticket sales. [. . .]