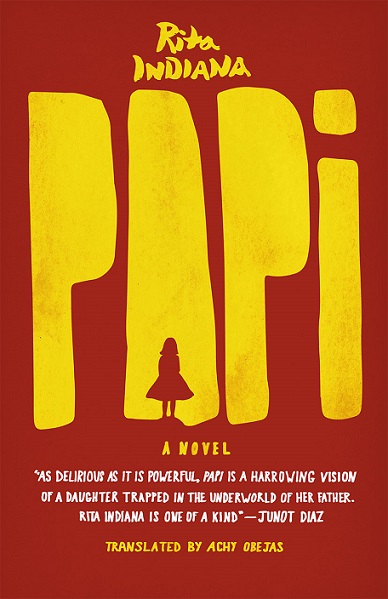 Mariela Fullana Acosta writes about the film adaptation of Papi, a novel by Dominican writer Rita Indiana Hernández. The film, which is due in theaters next year, is directed by Puerto Rican filmmaker Noelia Quintero. El Nuevo Día writes:

Noelia Quintero, from Puerto Rico, is the scriptwriter and director of this feature film that was filmed in Santo Domingo, Dominican Republic, in October and November. The film, produced by Rafael Elías Muñoz for Lantica Media, centers on chapter four of the popular novel, which was published in 2004 and recounts the ups and downs of a Dominican drug trafficker in the 1980s from the perspective of his nine-year-old daughter.

“In this adaptation, there is more attention on the girl, the daughter, than the father. The protagonist is the girl and, in this sense, it is different from the novel,” says Quintero about this cinematographic project, which features a stellar performance by the young actress Avril Alcántara.

The film mixes genres such as musical, comedy, drama, and horror to explore the emotional universe of the young girl. The narration will be delivered through a fragmented rhythm that starts with a hyperrealism that does not exist in the novel, which is faster, almost like a rap or a perico ripiao. But this does not mean that the film will lack that cadence that is so central in the novel.

“One will see that speed and musicality in the girl, because in order to leave that balcony and that confinement—the boredom, the waiting, the sense of abandonment—she resorts to the marvelous elements of her mind and her creative capacity. So all that speed will be seen in her memories, in her imagination. And there is a very important musical element in those scenes,” Quintero shared.

The scriptwriter and director said that the film’s musical score will be directed by Rita Indiana Hernández [the author of Papi], whose career has also been prominent through the music her project Rita Indiana y Los Misterios.

Quintero noted that this story attracted her for several reasons, but mainly because it addresses a topic that seems universal: the figure of the father or absent father.