A report by Abby Ellin for the New York Times.

Cuba is like a giant Ping-Pong, caught in the cross hairs of United States foreign policy. One minute President Obama is relaxing restrictions, making it easier for tourists in the United States to visit the tiny island. Blink, and President Trump is rolling back some of the administration’s changes. Another blink, and the state department is advising Americans not to travel to Cuba after mysterious medical attacks on diplomats at the American Embassy in Havana.

With its politics in flux, Cuba may be more fascinating than ever for Americans already intrigued by its music, culture and art. The interest is evident from the number of Cuba-themed museum shows and exhibits around the United States, many of which have been held in tandem with Havana-based institutions.

El Museo del Barrio in New York has a retrospective through Nov. 5 of Belkis Ayón, the late Cuban visual artist who was first on view at the Fowler Museum in Los Angeles.

Olga Viso, executive director of the Walker Art Center in Minneapolis, attributed some of the heightened interest to the Obama administration policies, which made travel to the island easier. Fidel Castro’s death last November was also a factor for people who had boycotted the island during his regime.

“For many years from the ’50s to late ’80s, Cuba was a cultural center in Latin America,” said Iliana Cepero, professor of Latin American art and Cuban Culture at New York University and the New School. “This relationship has been so tense for so many decades. Cubans have been waiting for this moment for all these years.”

Both Ms. Viso and Ms. Cepero have curated Cuban-themed exhibitions. Ms. Viso was a developer of the Walker’s “Adiós Utopia: Dreams and Deceptions in Cuban Art Since 1950,” which focuses on artists who remained in Cuba after the revolution, and opens on Nov. 11. Ms. Cepero created “CubaIs” at the Annenberg Space for Photography in Los Angeles, which runs through March 4.

The images in that show capture rarely seen communities in Cuba, “from the Cuban ‘1 percent’ — the incredibly rich living in ritzy enclaves hidden away from the population — and the underground world of the punk kids known as ‘frikis,’ ” Wallis Annenberg, the president, chairman, and chief executive of the Annenberg Foundation, said in an email. “We aimed to capture Cuba at this critical moment, when the island nation is on the cusp of great change.”

Ms. Annenberg commissioned Cuban photographers like Raúl Cañibano and Leysis Quesada Vera, and the political prisoner Geandy Pavón, along with American photographers who have a history of shooting in Cuba, to “show us what Cuba is like today, outside of the retro cars and cigars that portray a romanticized version of the island in U.S. culture,” she said. The show also features portraits of well-known Cuban performers like Celia Cruz and Gloria Estefan, fashion designers Narciso Rodriguez and Isabel Toledo, and the actor Andy Garcia.

One of the main goals of the show is to present Cuba in all of its contradictions, “a very layered Cuba of today,” said Ms. Cepero, who grew up in Cuba and left in 2006. She added that the island can be difficult to grasp, especially for tourists. On the one hand, it is filled with entrepreneurship, music and warm, vibrant people. On the other hand, racism, prostitution and political unrest are rampant, she said.

The real estate developer Jorge M. Pérez donated over 170 works drawings, photographs, mixed-media and sculptures to the Pérez Art Museum Miami (PAMM), one of the largest collections of contemporary Cuban art in an American museum.

For him, the three-part show, “On the Horizon: Contemporary Cuban Art from the Jorge M. Pérez Collection,” is deeply personal. The Argentine-born son of Cuban parents, Mr. Perez grew up on the island as a child and fell in love with the art. “I don’t think there is a country that per capita produces more great art than Cuba,” he said. He attributes that to the Instituto Superior de Arte, the government-sponsored school for artists.

“The education is rigorous, and only the best get selected to go there,” he said. “They produce just amazing artists — there’s a continuation of this great artists that are coming from Cuba.”

There are Cuba-themed exhibitions around the country. Here are some highlights:

1. On the Horizon: Contemporary Cuban Art from the Jorge M. Pérez Collection

Presented in three “chapters” over a year, the show is organized around the metaphor of the horizon line. It features work by Cuba-based artists as well as those living abroad; many have never been seen in a museum setting. Two chapters remain. “Chapter 2: Abstracting History” (through Jan. 7, 2018) takes a look at abstract geometries — including linear horizon lines — as they relate to both personal and historical narratives. “Chapter 3: Domestic Anxieties” (Jan. 18 to April 8, 2018) focuses on daily insecurities and personal stresses of the individual.

2. Adiós Utopia: Dreams and Deceptions in Cuban Art Since 1950

“Adiós Utopia” focuses on artists who remained in Cuba after the Revolution. “In Cuba, unlike Russian and the Soviet Union, there was no real formal policy on the role of artists within the revolution,” said Olga Viso, executive director. “That shifted in late ’60s and early ’70s when the Soviet Union stared to assert more influence on what policies were around free speech, communication and what was acceptable or not. Fidel issued this edict that art could be free as long as it operated within the revolution. That leaves it open to interpretation. Revolution means different things to different people.” 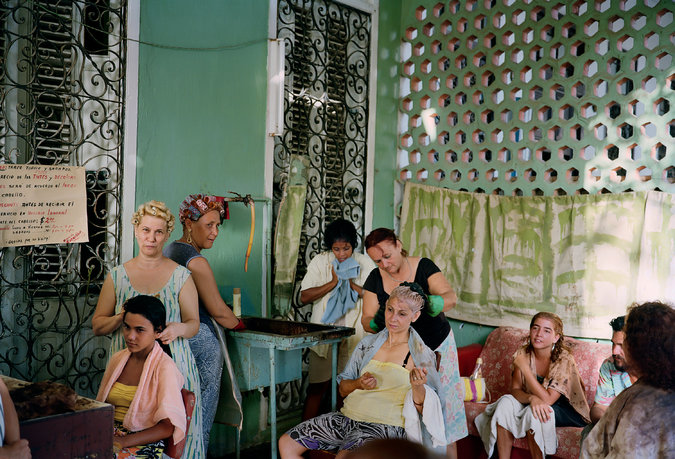 More than 120 images by Cuban and American photographers explore the often harsh realities facing Cubans in Cuba and in the diaspora. “These are some of the aspects that are very much embedded in the Cuban reality of today,” said the curator Iliana Cepero. “Usually our shows don’t reveal these aspects. We wanted to be bold enough to talk about these issues because when you don’t acknowledge them or discuss you don’t solve them.” 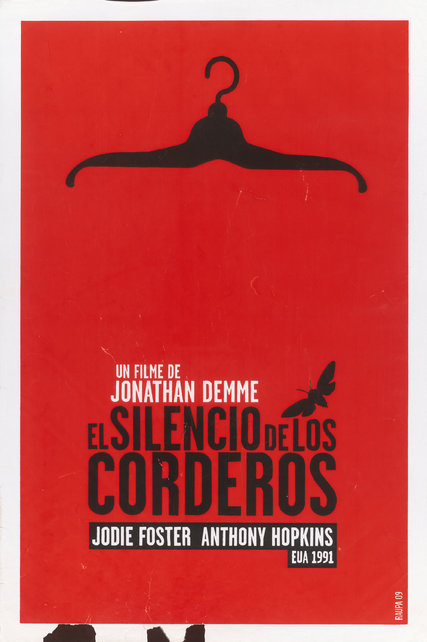 “Silence of the Lambs” silkscreen by Raúl Valdés (Raupa)

The 40 silk-screen posters promoting American films like “Singin’ in the Rain,” “Cabaret,” and “Silence of the Lambs” were made between 1960 and 2009 as part of a revolutionary initiative to develop cultural awareness and dialogue. The show is part of the more than 70 exhibitions in “Pacific Standard Time: LA/LA” held at various locations in Southern California.

5.“Rafael Soriano: The Artist as Mystic”

This traveling exhibit features more than 90 paintings, pastels and drawings of the acclaimed painter Soriano, who emigrated to the United States after the Revolution. It begins with the “Cuban geometric abstract style” of his youth in the 1940s and ’50s, moves to his experimental phase in the 1960s and ’70s, and his period thereafter, when he realized he would never return to his homeland.