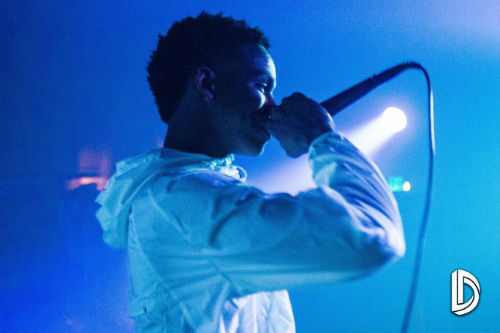 A report by Kiah Fields for The Source.

The release of his single, “Everything 1k”, has produced mass success for DC The Don, as it has caught the attention of Los Angeles Lakers’ Lonzo Ball. After the single was included in the basketball star’s commercial, things took off for DC The Don at the blink of an eye.

“It’s crazy. One day after practice, Lonzo cosigned me on Instagram,” said the artist. “Ever since then, the song blew up.” What is so unique about the single is how little of time it took for DC The Don to record it. To this day, it’s still extremely surreal for the artist, as the single took a whole 10 minutes to record, and was released on Soundcloud the next day. “All of a sudden, I started trending on Twitter. The song that took 10 minutes, and basically no effort, helped me the most as an artist. I didn’t think it’d be as big as it is now,” said DC The Don. It’s safe to say the sky is the limit for this artist.

Currently, DC The Don has placed a huge emphasis on his debut project, “Purple Hearted Lion”. The mixtape includes 13 original songs that are an absolute reflection of the rapper’s artistry. Ranging from a Caribbean flair to club bangers with a trap vibe, the album has something for every music lover. “The project is me evolving as an artist,” said the rapper. “My new stuff is more complex. It’s very versatile, you know, and there’s just a lot more thought put into it.” The project houses another major single, “New Wave”, that has the industry buzzing, much like its predecessor. DC The Don assures his fans that this “feel good music” is guaranteed to make anyone smile, because it genuinely can make anyone happy.