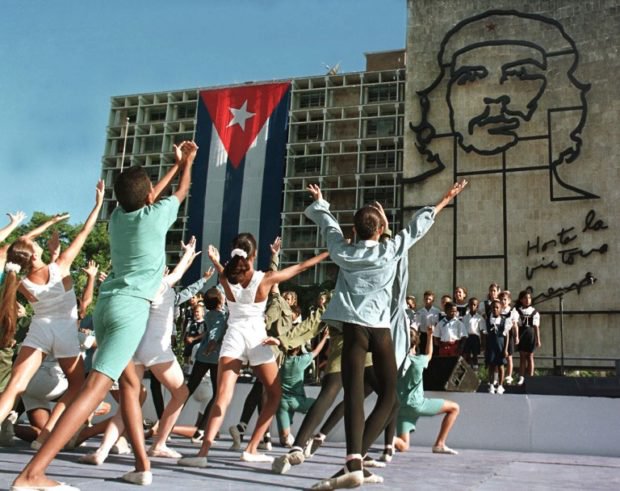 A report from the Agence France Presse,

A half-century after his death, Ernesto “Che” Guevara will be remembered in ceremonies next week in Cuba and in Bolivia, whose CIA-trained troops sent shockwaves around the world when they executed the Cold War revolutionary icon in 1967.

In Cuba — where schoolchildren still begin their day with a raised fist salute and chant “Pioneers for communism, we will be like Che” — President Raul Castro will lead a ceremony at his mausoleum in the central town of Santa Clara.

The 86-year-old Castro’s memories will be deeply personal as he fought alongside Che in the Cuban revolution led by his brother Fidel that in 1959 overthrew dictator Fulgencio Batista.

In Bolivia, the army will participate at a public commemoration of his death for the first time.

“We want this to be a moment of unity for the Bolivian people,” said deputy coordination minister Alfredo Rada, saying the context was different from 1967, when staunch anti-communist president Rene Barrientos gave the order to execute the wounded Che.

Times have changed, and the incumbent President Evo Morales is a fervent admirer of the revolutionary leader.

Che’s four children will attend the memorial ceremony in the South American country, where the guerrilla leader was executed by a CIA-trained unit of the Bolivian army on October 9, 1967.

“If he had not died in Bolivia in 1967, Latin America would now be free, sovereign, independent and socialist, which is what he wanted,” his brother Juan Martin Guevara told AFP at his home in Argentina.

“For if he had remained alive, he would have triumphed – he was all or nothing.”

The myth of ‘Che’

With his death, at the age of 39, the myth of “Che” — the personification of rebellion — was born.

Fidel Castro called him an “artist of revolutionary warfare” in a speech to an estimated one million people during a three-day period of national mourning.

In time, through T-shirts, posters and berets bearing his iconic image, he became a symbol of the capitalist consumer society he sought to destroy.

“Myths exist because societies create them,” said his 74-year-old brother. “What other mythical character is there? I would say that the two most famous images in the world are those of Christ and Che.

Born in the Argentine city of Rosario, Guevara traveled across Latin America in 1952 and 1953 and was shocked to see the economic disparity in the region, a road trip that was immortalized in the 2004 film “The Motorcycle Diaries.”

It convinced him violence was necessary to overturn Latin America’s unjust social order.

His life changed dramatically when he met Castro in Mexico in 1955 and joined his guerrilla expedition to Cuba.

In the early 1960s, he worked with Castro to consolidate the revolution, supervising the repression of counter-revolutionaries, and even for a time heading the Central Bank and industry ministry.

But his key motivation was to spead revolution elsewhere.

In 1965, he bid farewell to Cuba in a letter to Castro in which he resigned his posts and wrote: “other nations of the world summon my modest efforts of assistance.”

After leading a group of Cuban revolutionaries fighting with Marxist guerrillas in the Congo, Guevara traveled to Bolivia in late 1966.

Struggling with asthma, he led a small clutch of rebels in Bolivia for 11 months trying to spread revolution but was tracked, cornered and wounded in the mountains in a gunbattle that wiped out most of his remaining rebels.

The Bolivian army and two Cuban-American Central Intelligence Agency agents captured him. He was executed in a schoolhouse in La Higuera the following day, October 9, 1967. The small revolution he started in Bolivia died with him.

The army exhibited his body as a trophy in the nearby town of Vallegrande, and press pictures went around the world, the myth-makers making reference to his Christ-like features.