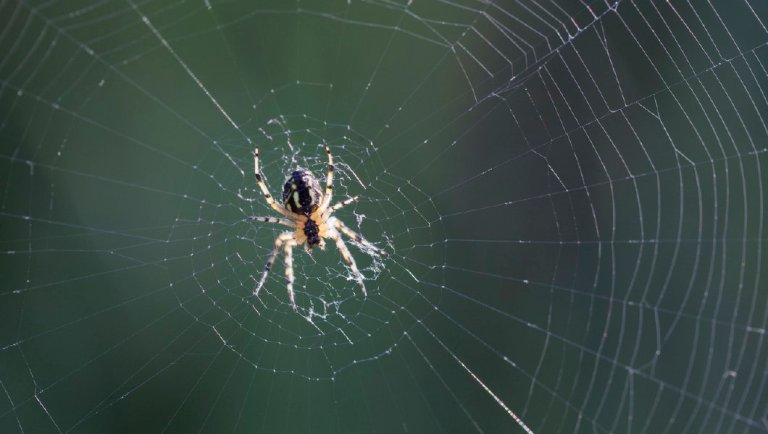 A new paper published in the Zoological Journal of the Linnean Society has identified and named 15 new species of spider in the Caribbean. Given the vernacular names “smiley faced” spiders due to the distinctive markings on their backs, the new species have been given names including S. davidattenboroughi, S. barackobamai, and S.leonardodicaprioi.

Although the Caribbean region is recognized as a hotspot for biodiversity, many species remain understudied. The “smiley faced” spider is a key example of this. Despite having profuse variation in its distinct colour patterns it was, until recently, thought to be one species with extensive variation. However, the first molecular study of ‘smiley faced’ spiders has revealed that there are many more species within the genus, of which 15 are described in the paper.

The discovery of these new species not only changes our estimates of biodiversity, but has a big impact for conservation biology. Each species now requires elevation of its conservation status and, as each new species of “smiley face” spiders has its own unique “smile,” the newly distinguished variation may become a source of local pride. (Researchers collected specimens from Cuba, the Dominican Republic, Puerto Rico, Jamaica, the Lesser Antilles, Florida, South Carolina, Costa Rica, Mexico, and Colombia.)

Alongside titles honouring family members and pets of the paper’s authors, many species are named after notable figures. Some of the most recognisable names include:

Spintharus barackobamai
In honour of former President Barack Obama the authors of the paper named this species to honour “the dignity, humanitarianism, statesmanship, and respect” they considered Obama to have brought to the oval office.

Spintharus berniesandersi
Named for former presidential candidate and U.S. Senator from Vermont Bernie Sanders, this species was named to honour a politician the paper characterizes as “a tireless fighter for human rights and equality, and environmentally aware social democracy.”

Spintharus davidattenboroughi
Named after the naturalist and broadcaster Sir David Attenborough, this species was titled to honour his “extraordinary effort to enlighten the public about the wonders of the natural world, to make humanity care about nature, and for inspiring countless people to pursue the study of biology.”

Spintharus davidbowiei
The article authors named this species to honour “the great artist David Bowie who passed away prematurely in 2016, but whose music will continue to inspire the generations to come.”

Spintharus leonardodicaprioi
This species is named in tribute to the actor Leonardo DiCaprio for his “amazing acting, and, in particular, for his leading role in bringing awareness of the perils of global climate change to the public and politicians.”

Spintharus michelleobamaae
The authors of the paper named this species in honour of Michelle Obama, “who has long fought to defend human rights, fairness, and equality for all, with her characteristic dignity and grace.”

“This was an undergraduate research project,” says Ingi Agnarsson, associate professor and curator of invertebrate collections in the department of biology at the University of Vermont, who led the new study. “In naming these spiders, the students and I wanted to honor people who stood up for both human rights and warned about climate change–leaders and artists who promoted sensible approaches for a better world.”

The paper “A radiation of the ornate Caribbean ‘smiley-faced spiders’, with descriptions of 15 new species (Araneae, Theridiidae, Spintharus)” is available at: https://academic.oup.com/zoolinnean/article/doi/10.1093/zoolinnean/zlx056/4222834/A-radiation-of-the-ornate-Caribbean-smiley-faced