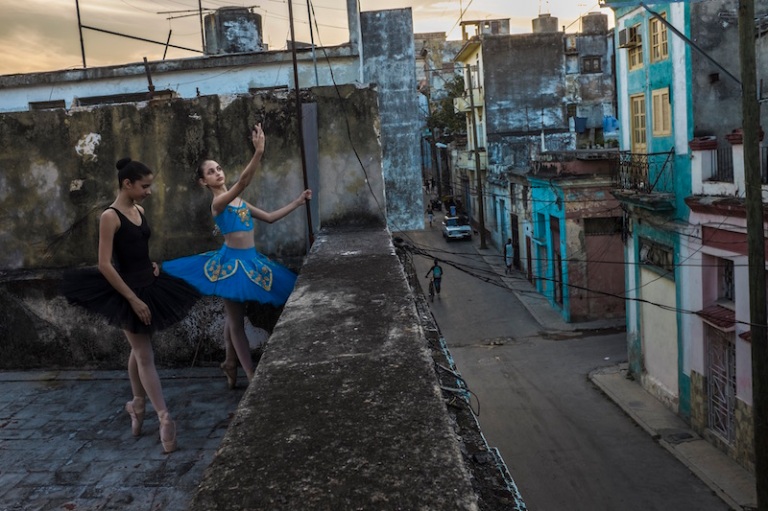 As a follow-up to our previous post, Photography Exhibition: “Cuba Is”, here is an article on “Cuba Is” with an interview of curator Iliana Cepero by Susan Delson (Cuban Art News). Cepero refers to the exhibition as an “uncomfortable” show. Here are excerpts from the review/interview; an interesting read.

Among the 70+ exhibitions about Latin America scheduled for museums around Southern California in “Pacific Time: LA/LA,” one of the most interesting—and potentially controversial—is Cuba Is, opening September 9 at the Annenberg Space for Photography. Curator Iliana Cepero talks with Cuban Art News editor Susan Delson about the show and its unflinching take on contemporary Cuban realities. “It’s not the Cuba that appears in the tourist brochures,” she says.

How would you describe Cuba Is to someone hearing about it for the first time?  The show is focused on the Cuba of today. The photo shows that are held in the US are usually historical—and I was part of one of them. [¡Cuba, Cuba! 65 Years of Photography, presented by the International Center of Photography at the Southampton Arts Center in 2015. [See the Cuban Art News story here.]

The Cuba that people remember is the Cuba of the 1960s and 1970s, with those very iconic images. Those images are so appealing, and very efficient at conveying political messages. That Cuba has long passed. The Cuba of today is very different, and it is time for the American audience to know what is the real Cuba.

How is the show organized?  Chronologically, the show begins in the Special Period, in the 1990s, and goes to the present. We have four featured photographers, and we’re going to display a lot of works by them. Two women, two men, two Americans, two Cubans. The Americans are Elliott Erwitt and Tria Giovan. The Cubans are Raúl Cañibano and Leysis Quesada Vera.

[. . .] What were the criteria for selection?  I chose them because they made interesting series about the Cuba of today. That was very important for the narrative of the show.

Tell us more about that.  We are going to see the lights and the shadows. I know that for some people in audience, it’s going to be a little bit of an uncomfortable show. Because the Cuba we’re presenting is not the Cuba that has been advertised. It’s not the Cuba that appears in the tourist brochures.

It’s a Cuba with racism, with child prostitution, with class disparity. It’s a Cuba that has a diaspora. For example, we have a series by Geandy Pavón on ex-political prisoners living in New Jersey.

There’s another series by Michael Christopher Brown, on a youth culture in Cuba that is kind of marginalized. They take drugs, they drink alcohol, as a form of escapism. It’s a disenchanted, disillusioned kind of youth culture.

We’re going to have a series by Carolina Sandretto on tenements, which are very common in Havana. Also the life of the “one percent” in Cuba—the elite. And we’re going to talk about entrepreneurship in Cuba, entrepreneurs. We talk about el paquete, the phenomenon of the homemade internet and the traffic of data. [. . .]

[A work from the series on ballet by Leysis Quesada Vera. Courtesy Annenberg Space for Photography. Accessed via Cuban Art News.]