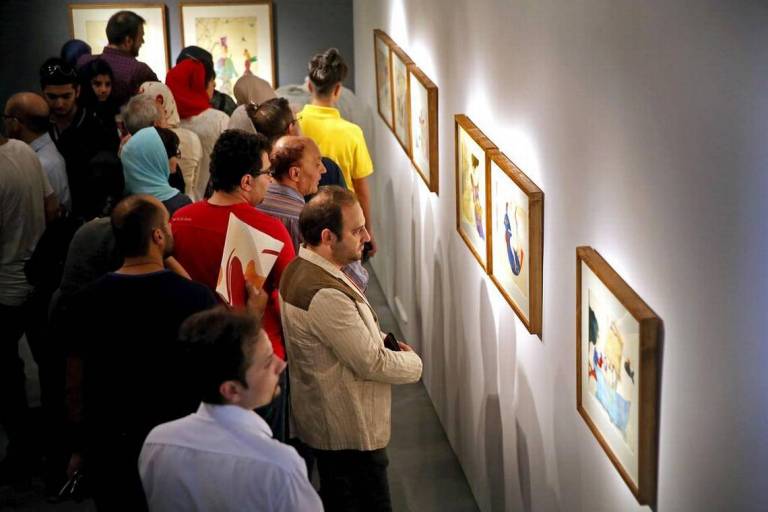 Lise Ragbir for The Star Telegram. Ragbir, a Canadian of Trinidadian descent, is director of the Warfield Center Galleries at The University of Texas at Austin.

When simmering hate erupted in Charlottesville, when protesters and counterprotesters clashed, when armed demonstrators could have been mistaken for the glaringly absent law enforcement, there were two sides: those who stood for hate, and those who didn’t. Because, contrary to what some believe, hate doesn’t have many sides. Hate doesn’t offer the space for different perspectives — it only leaves room for violence.

As a director of art galleries at The University of Texas at Austin, I explore the intersection of social justice and creative expression. I’m part of a team that provides access to many sides, or rather, a range of perspectives. In the galleries, artwork provides a platform to unpack complicated ideas — equipping visitors with opportunities for discovery while offering a window to recognize ourselves in others’ stories. From curators to artists to students, our team builds points of entry for sometimes difficult conversations that hinge on contradiction. But the galleries allow frictions to be explored and for progress to occur. In such a space, where curiosity and respect are key and no one is threatened — many sides can be heard.

As a first-generation Canadian of Trinidadian descent living in Texas, I confront my many sides daily. In some contexts, I’m Trinidadian; in others I’m Canadian. In some contexts, I’m black; in others I’m mixed. But in an age when there is a fear of immigration and as I prepare my daughter to answer the inevitable question of “what are you?” I tell her: There isn’t always a correct, or a single, answer. And I know that these answers can co-exist, because one truth doesn’t threaten the other.

As evidenced by the Charlottesville tragedy, it’s true: Multiple truths can lead to conflict. But under the right circumstances, conflict isn’t always a bad thing. In fact, in some instances, conflict, with all of its complexities, is a closer approximation to truth. Consider a Myers-Briggs report suggesting 81 percent of workplace conflicts lead to positive outcomes.

In other words, the space for conflict or contradiction can ultimately provide means for conflict resolution. And sometimes, conflict leads to progress for all. The 1973 Endangered Species Act, the 1990 Americans with Disabilities Act, and the more recent Workforce Investment Act are all products of bipartisan success. In the wake of Charlottesville’s horror, let’s imagine what might come of the bipartisan condemnation of the “alt-right.”

In art, conflicting truths often serve as a basis for discovery.

At a time when the media allow conflicting truths to invade our lives, instead of resisting contradiction, more of us ought to consider how art spaces explore friction, without threat. And consider how this ethos of discovery can exist beyond the gallery walls. With hate on the rise, art spaces can be a model for discovery and self-affirmation — for many sides. Because touting the responsibilities of many sides is a privilege only earned when all sides show up with a shared intent.