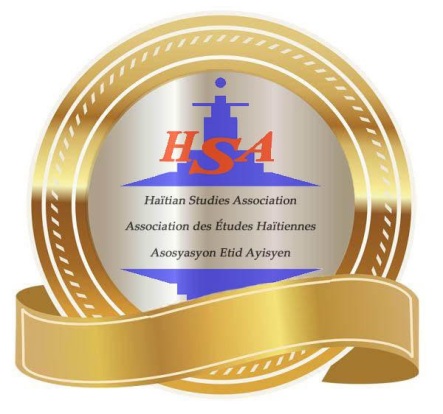 H.S.A. Avant Garde Book Prize
The Haitian Studies Association announces its biennial Haiti Book Prize. The 2017 Prize will be awarded to the best single-authored book in Haitian studies in the social sciences, with broad application beyond the academy, published between September 2015 and August 2017. Anthologies and edited volumes do not qualify. The H.S.A. invites nominations from its membership, and submissions by authors and publishers by 15 August 2017.
Authors or publishers are asked to provide three copies of their book to the Book Prize Committee. The Award will be given at H.S.A.’s 29th annual Conference at Xavier and Tulane Universities, New Orleans, Louisiana, USA, on November 1 – 4, 2017.
The Haiti Project Book Prize will carry a cash award of US $1,000.00
Please send books, along with a cover letter indicating that they are prize submissions to the following address:
Rose Elfman
Journal of Haitian Studies
Center for Black Studies Research
University of California- Santa Barbara
Santa Barbara, CA 93106-3140